In 1996 HBO ventured into the dangerous territory of the comedy Western. The Cherokee Kid starred a person called Sinbad, who, I am told, is really a comedian named David Adkins, of Benton Harbor, Michigan, known for such epics as Jingle All The Way and Good Burger, which, tragically, I have not seen.


It’s a sort of black Western because alongside Mr. Sinbad we have Gregory Hines as his twin brother, fellow-gunslinger The Undertaker, 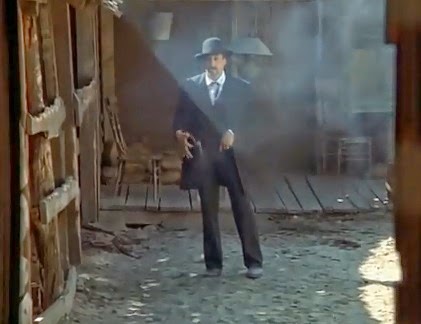 The Undertaker
and Ernie Hudson as the great Nat Love, aka Deadwood Dick.  There is also feisty Vanessa Bell again (she was in The Return of Desperado, another TV Western). I am still hoping when I see her name on the titles that it’ll be Virginia Woolf’s sister, the Bloomsbury artist, but sadly it never is. I'd have liked to see Virginia Woolf's sis in a Western. 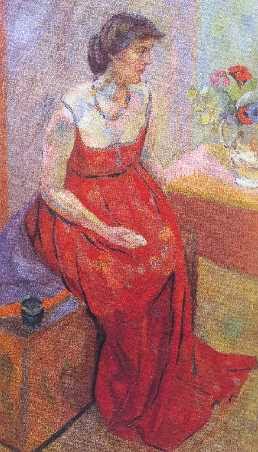 Woulda been good in Westerns
The saving grace, though, is James Coburn enjoying himself and hamming it up as the villain. He is killing people and stealing their land for the railroad, then he gets to own the railroad. Not only that, we also get Burt Reynolds as Texas mountain man (they have mountain men in Texas?) Otter Bob. Coburn and Reynolds do have a lot of fun and to be fair, do kind of save the picture. 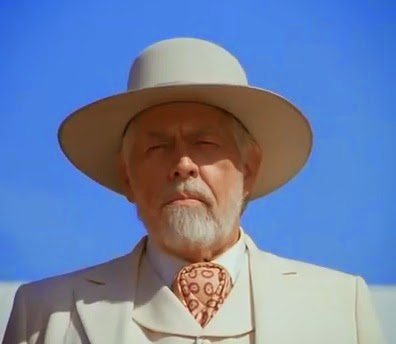 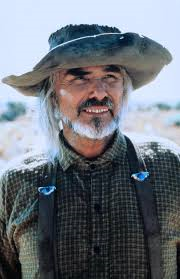 Reynolds too
Actually there's another saving grace: Sinbad goes for Coburn with a very nifty four-shot pepperbox derringer and you know how I love derringers. 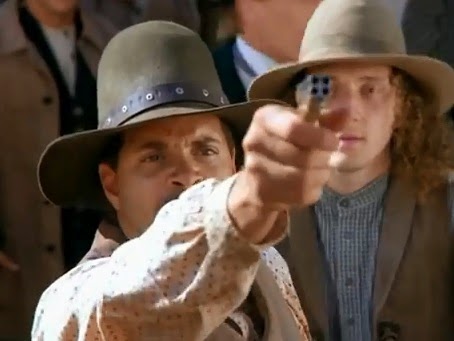 Nice one
Nat Love (c 1854 – 1921) was an interesting character, in fact. You probably know the story but just in case you don’t: he was born a slave in Tennessee and learned to read and write in defiance of the laws forbidding black literacy. Nat went to Dodge City to find work as a cowboy and was taken on by the Duval ranch in the Texas Panhandle, where he became known as Red River Dick. In the centennial year he won the July 4th rodeo in Deadwood and earned the soubriquet Deadwood Dick. 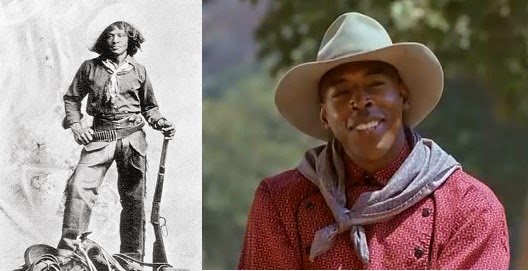 Nat Love aka Deadwood Dick (left) and Ernie Hudson doing him
In 1877 he was captured by a band of Pima Indians but escaped. In 1907 he wrote his autobiography, Life and Adventures of Nat Love, which is in the public domain and available free here. I always thought that Love spent his last years working as a Pullman porter on the Denver & Rio Grande and died in LA in 1921 but apparently I was wrong; he was actually killed in a gunfight in Texas. It happens in this TV movie so it must be true. 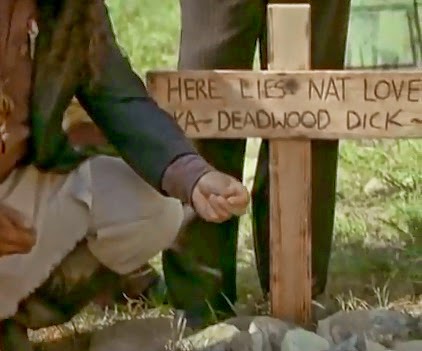 In the movie Mr. Hudson does quote Nat: he says, "If a man can't go out in the blaze of glory, he can at least go with dignity" and also "Every time you shoot at someone, plan on dying."
Most of the humor is rather slapstick and not terribly hilarious but there are occasional funny flashes. Such as Otter Bob’s last words.