Yet another 'Kid' title

The last Rex Bell Western that we’ll review for a while (he wasn’t that good) is a 1934 effort directed by Harry L Fraser (as Harry Frazer), The Tonto Kid. 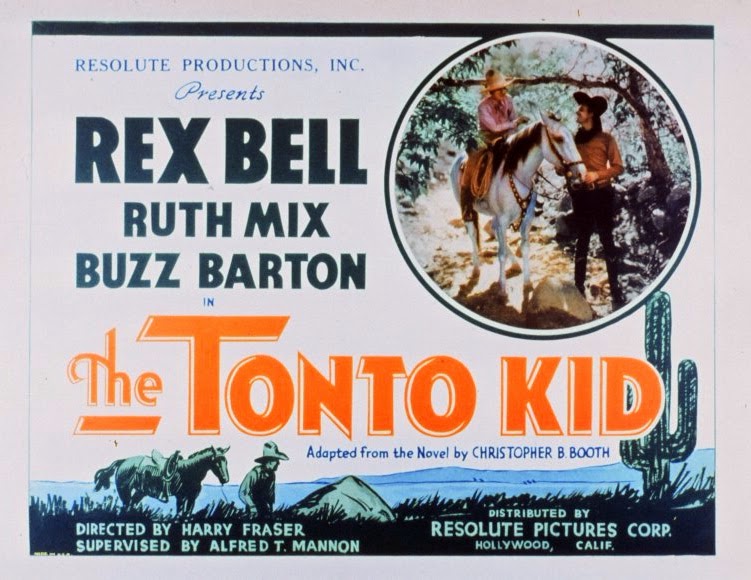 Tom's daughter Ruth worth seeing
It’s a skullduggery Western with a plot to pass off a circus girl for a ranch heiress but there are also stage hold-ups, gallopin’ and shootin’, so never fear. Rex discovers a platinum deposit, so his luck is in.


Rex loses Sheik in the first reel so the big white horse plays almost no part. Rex wears a big black Stetson, not white, as he is a good badman, The Tonto Kid. Sadly, Earl Dwire’s destined part of aging rancher was taken by white-haired (or -wigged) Joseph W Girard. Earl does appear but only briefly, and uncredited, as a deputy. The good news is that there is a last-reel appearance by Ruth, Tom Mix’s daughter, as the long-lost heiress. She doesn’t seem to mind at all that her ex-circus pal, (Barbara Roberts) has been impersonating her to get the ranch. Barbara may not get the ranch but she does get Rex, who is, poor fellow, trapped by the girl with a tame preacher in the last scene and obliged to tie the knot.

Ruth led in two silent Westerns in 1926, That Girl Oklahoma (she was born there) and Tex, then co-starred with Hal Taliaferro in a talkie in 1931 before doing four with Rex Bell. You can see her too in the 1936 serial Custer's Last Stand (only peripherally about Custer). She retired in 1936. To be brutally frank, she wasn't a terribly good actor but well, you have to go for Tom's daughter.

Poker face
It’s the usual low-budget affair and it’s quite amusing when the ‘ranch’ fireplace and wall wobble during the fight.


Unfortunately, the bad guy is a shyster lawyer of exaggerated hook-nosed appearance, played by Theodore Lorch, and there is an unpleasant smack of anti-Semitism here. I have nothing (naturally) against portrayals of shyster lawyers, the term being often almost tautological, but they really should have cast someone else. Well, it was 1934.


If as a Western fan you like 1930s one-hour programmers, then of course you have an embarrassment of riches before you, and can choose from a huge number. But I always feel that Rex Bell ones will do you proud. You could also try Idaho Kid or, even better, Broadway to Cheyenne. And there’s no singing, which is good. 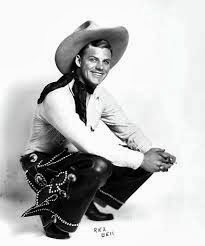