Back in November last year we reviewed a 1969 TV movie, The Over the Hill Gang, in which Western old timers were wheeled out for a nostalgia-fest which was an unashamed pleasure for old coots like yours truly. The movie was an unexpected hit for ABC and the following year the gang creakily climbed into the saddle again.


The sequel was very much the mixture as before. The big minus was that there was no Jack Elam, who had been the crooked sheriff in Part 1. I don’t know why he didn’t return, as he was still making appearances well into the 1990s. But to counterbalance that loss we had Fred Astaire, 71, hardly an old Western hand (in fact it was his only oater) but he is great fun, still looked incredibly elegant in his marshal’s costume and he was an excellent addition.


The others are back. Ex-Texas Rangers Walter Brennan, 76, Chill Wills, 68 and Edgar Buchanan, 67, are once more resurrected from their retirements by a telegram bearing the code word Brazos to come to the aid of one of their own, the Baltimore Kid (Astaire). Edgar leaves on the eve of his wedding (his stag night is really very funny) and Chill is extracted from a bent poker game by Walter with the old “Come on, Wyatt” gag. They ride to Waco, Texas, where Andy Devine, 65, the corrupt mayor in the first film, is now owner and editor of The Waco Advocate. 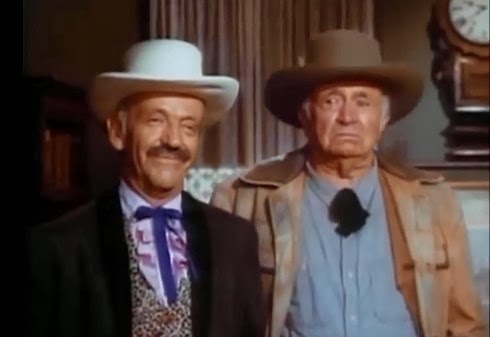 Marshal Fred with Deputy Brennan
Well, they find the Kid, who becomes marshal, and the three pals stay to be his deputies. There follows an amusing situation where the Kid thinks he has regained all the respect he once had as a lightning-fast gun hand while the deputies secretly get him out of scrapes. 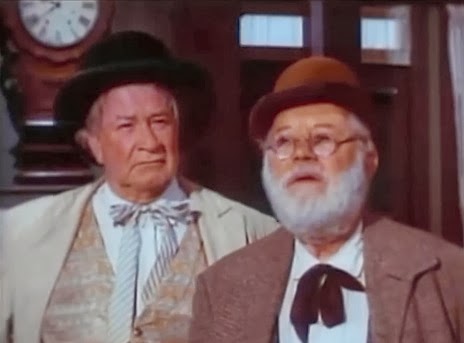 The two striplings become deputies too: Chill, Edgar
Well, I say amusing. It is, kinda.


There’s a saloon gal named Miss Kitty. The town is lovely. Parley Baer is the mayor. Wish he‘d kept his real name in the movie; he’d have been Mayor Baer. 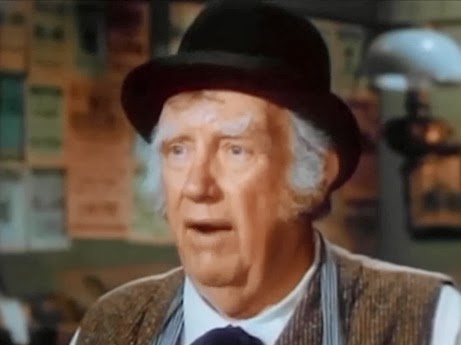 Devine, newspaperman
This is no great Western and there’s really only one gag but superannuated Western aficionados will still enjoy it.