If musicals are your thing, OK.

Paint Your Wagon is a very famous Western (if Western it actually be) and it was made on a huge budget but it isn’t a very good one. Personally, I watch it from the standpoint of someone who doesn’t like musicals to begin with, so I’m probably not the right person to judge, but it strikes me as not being very good, even by the standards of a musical. There are too many songs, many of them are bland and the principal actors are bad singers. There is the famous They Call The Wind Moria (sung by one of the few actors who could actually sing, Harve Presnell) and of course the hit number Born Under a Wand’ring Star, croaked out by Lee Marvin, but the other chansons are very unmemorable (I couldn’t whistle you one now). And the picture is way too long at two hours, thirty-eight minutes. It hasn’t got the plot to sustain that, and it drags.


Clint Eastwood, after six years (1959 – 65) of Rawhide, the Dollars spaghettis (1964 – 66) and the American spaghetti-influenced Hang ‘em High (1968) was quite well known, but only quite. He was essentially miscast in Paint Your Wagon as the slightly puritan and rather goody-goody partner of rascally Lee Marvin, he is very wooden and of course he couldn’t sing for toffee. His I Talk to the Trees episode is really quite painful. 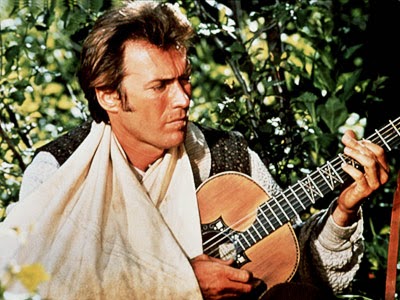 Shoulda stuck to spaghetti
After Wagon, he did Two Mules for Sister Sara (pretty poor), The Beguiled (interesting) and Joe Kidd (very good), so it was up hill all the way, reaching the heights of quality Westerns, excellent Josey Wales, through very fine Pale Rider to ultimate greatness in Unforgiven. But Wagon was a misstep.


Paint Your Wagon does, however, have two good things going for it. First, of course, is Lee Marvin. Marvin was a great actor and, I thought, well-suited to the Western. He was in 27, or 28 if we consider his huge role as ‘Train Conductor Knifed in Back (uncredited)’ in Cave of Outlaws (1951). He had small parts in an Audie Murphy oater, (The) Duel at Silver Creek, then two Randolph Scott Westerns and two Rock Hudson ones, then The Raid with Van Heflin and (if you call it a Western) a major part in Bad Day at Black Rock in 1955. His best Western role in my opinion was in the Budd Boetticher-directed Seven Men from Now, in which he was the charming bad guy, and very good he was too. Sadly, though, he also had a talent for choosing roles in dud movies. 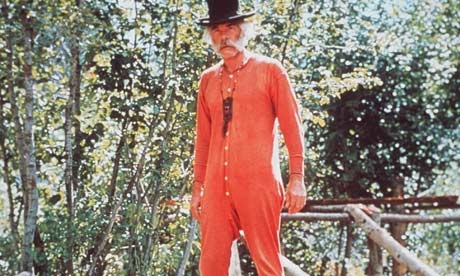 Saving grace
Apart from Paint Your Wagon there was the soppy Raintree County, the dreary The Missouri Traveler and the comic part(s) in the only moderately funny pictures Cat Ballou and The Great Scout and Cathouse Thursday. Still, along with Seven Men from Now he was very good indeed in The Professionals, the first Monte Walsh and I thought he was impressive too in The Spikes Gang, though it did not get good reviews. In any case, he saved Paint Your Wagon from total disaster.


The other saving grace is the location photography. Shot in Big Bear Valley in the San Bernadino National Forest, the picture glows with color and the California gold-camp scenery is splendid. The cinematography was by William A Fraker (Monte Walsh, The Professionals and Tombstone). 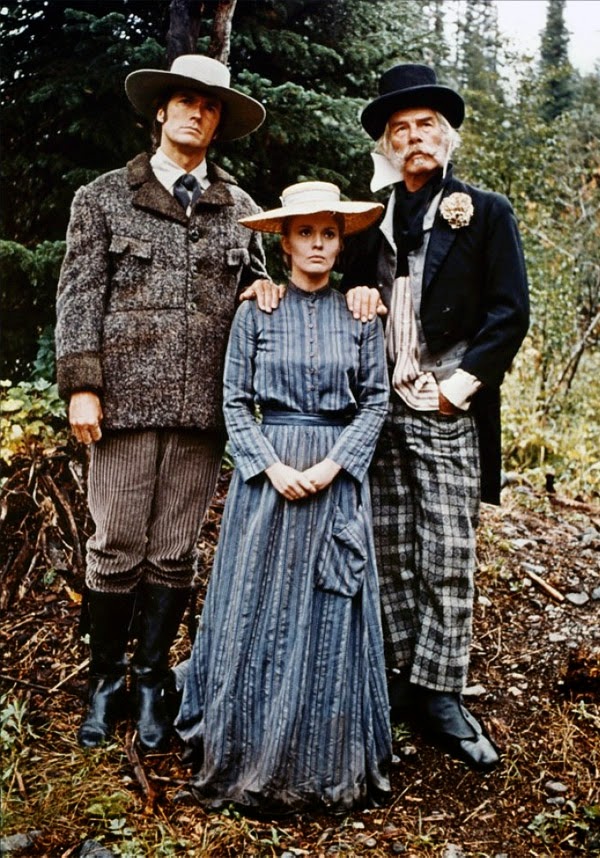 Ménage à trois
Jean Seberg was satisfactory as the woman in the rather daring ménage à trois but once again, she had no singing voice. You’d think they could have cast someone better. There’s no one else of note in the (huge) cast, unless you count The Nitty Gritty Dirt Band.


One of the characters is named Horace Tabor but I don’t think it can have been the Horace Tabor of Leadville fame.


There are certainly fans of this expensive, overdone musical, and good luck to them, but I am not one of them. Still, it’s better than Seven Brides for Seven Brothers.