Another of the six Westerns starring Rex Bell that Colony Pictures put out in 1936 was Law and Lead. It was directed by Robert F Hill (billed as Bob Hill) again and in fact was a remake of one he had done only two years earlier starring Guinn ‘Big Boy’ Williams, Cowboy Holiday. It concerns a stockmen’s detective named Sawyer who investigates the supposed banditry of his pal, The Juarez Kid. 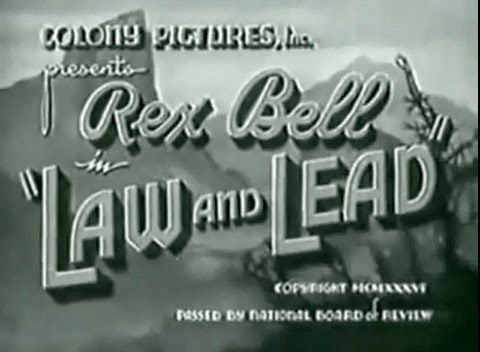 Classic stuff
Of course Rex rides his big white horse Sheik and wears his ten-gallon hat. In his turned-up jeans he does look a bit like John Wayne in the 1930s and indeed, the picture could easily have been one of those Lone Star movies directed by RN Bradbury and shot by Archie Stout.


Earl Dwire is there again, but not as the villain; rather, as the rancher dad of the girl, Hope (Harley Wood). He has exactly the same costume as in the others, though he has to wear a head bandage throughout, having being shot by the Kid. His daughter thinks he is the Kid, which given his age (53) is a bit steep. 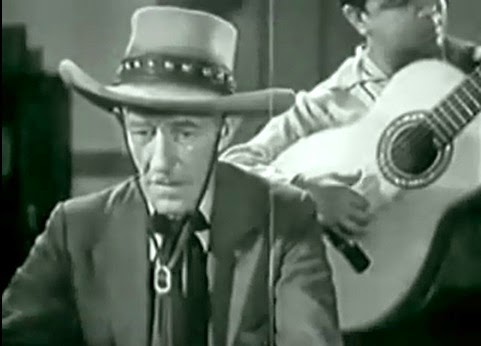 The great Earl Dwire
The villain, the real fake-Kid, who desires Hope, is Steve (Hal Taliaferro, silent Western star who became a talkie character actor). His voice sounds a bit like Ben Johnson’s, though that’s where the resemblance ends. The real kid is a dashing, Zorro-esque Donald Reed (a Mexican, Ernesto Avila Guillen). He has a sinister mother, in on the plot (Soledad Jiménez). 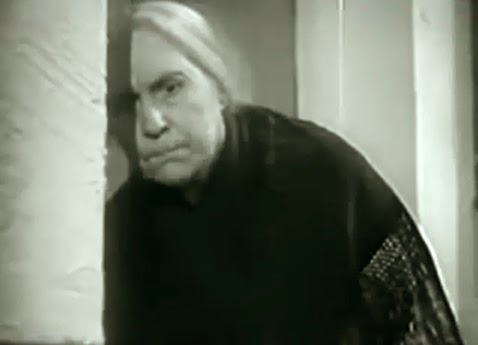 Sinister Ma
A clip (Sheik and Rex crashing to the ground) was re-used from Idaho Kid of the same year. There is a horrible four-horse fall when Rex ties a rope across a canyon to de-horse the bad guys. I wish they hadn’t done that.


The real star is a mutt, Friday, who looks a bit like my dog, Fido, though not, of course, quite so intelligent. 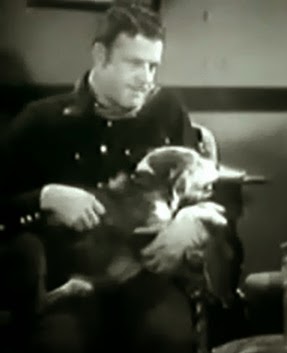 The two heroes of the picture
To be perfectly honest, much as I like Rex Bell Westerns, this one is a tad dull. Still, it does have Rex, Earl Dwire and a mutt. 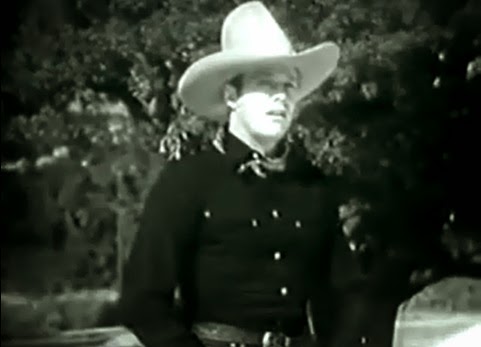