Poor Brandon de Wilde. He was the whiny kid in Shane in 1953, aged 10, much lauded but I thought poor, nothing like the older, gutsier boy in the book. After three vaguely Western TV appearances he was then in James Stewart’s first non-Anthony Mann and (consequently) poor Western Night Passage in 1957, as a gawky fifteen-year-old. The following year he was in The Missouri Traveler, his last Western as a child star. In all these he was no actor. You can’t blame him. Expecting children to be good actors is asking a lot. But he was the lead in Traveler, and just wasn’t up to it. 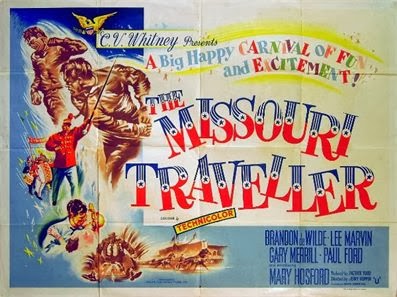 Mind, the writing (Norman S Hall from a John Buress story) was very bad. The poor boy had to say ‘Sir’ in every single line he spoke. OK, he was supposed to be polite and respectful but there is a limit. This just sounds ridiculous. It’s a family-friendly, nostalgic (not to say sugary) picture made almost unwatchable by the utterly dreadful music by Jack Marshall, irritatingly ‘comic’ and chirpy throughout and maddening in its banality.


Lee Marvin is the co-star and rarely has such a good Western actor been so weak. The picture was directed by former Paramount editor Jerry Hopper who didn’t have a clue. He’d directed Charlton Heston in Pony Express (a poor film) and Dana Andrews in Smoke Signal (just about watchable) but did almost exclusively TV shows as far as Westerns were concerned. He did a lousy job on this one; there’s far too much talking and too little action. That would be acceptable if what the characters had to say was interesting, amusing or deep. It was none of those, only trite. 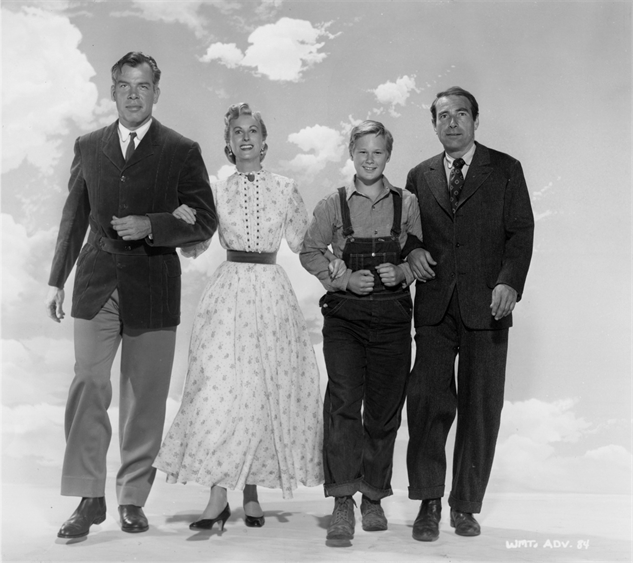 There are some worthy actors lower down the cast list, Paul Ford and Ken Curtis doing their thing, Will Wright is the sheriff and Tom Tiner the clergyman. But their parts are corny and predictable and they aren’t able to do much.


As I say, the principal weakness, from which the movie does not recover, is de Wilde. After this he descended into Western TV shows. He was OK in Hud in 1963, when he was 21, about his best role. He was killed in a road accident in Colorado at the age of 30, poor fellow. 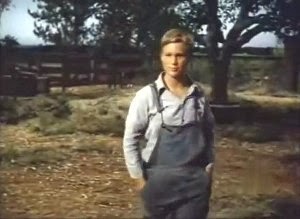 The fight between the two rivals for a black horse (and perhaps for the boy’s affections), Lee Marvin and Gary Merrill, is supposed to be climactic but is just boring and silly.