This was a relatively early spaghetti western, from a time when at least some production values were required and before such films became trash rip-offs. Co-written and directed by Romolo Guerrieri, it stars Mark Damon, a former bit-part and TV actor who made a career in Cinecittà in the sixties. He was Johnny Oro or Ringo for Sergio Corbucci and was also in Requiescant, so he had quite a high spaghetti-profile (if one can imagine such a thing).


Alongside Damon is Lawrence Dobkin, a much-used character actor in the 50s and 60s. Dobkin plays a gunman called Carradine (so there’s a nod to greatness there) who plays chess, reads literature and plays the piano (or at least there are split-second shots of him doing that). A showdown is set up between the two as Carradine is paid by the evil Loren-esque Rosalba Neri to kill Johnny Yuma, but in the end they become pards and together hunt down the evil dame and her even eviller brother, Louis Vanner (Luigi Vannucchi).


They ride up and down that dry river bed in Almeria they always use and have a fight in a saloon and so on. You know Johnny is macho because in the first three minutes of the first reel he casually kills three men, goes back to his dinner then takes the serving girl into the bedroom. Feminists are really going to love this movie. Mario Capriotti photographed it quite well (there are even some shadows) and you almost catch yourself liking the Nora Orlandi music, which, if you forget the corny title song, at moments is quite classy before it then descends into sub-Morricone again. As we all know, Morricone is bad enough, so sub-Morricone is pretty dire. They’ve made an effort with sets and props. It isn’t an ultra-low budget junker.


The near showdown and gunfight in which Carradine and Johnny dispatch endless baddies (however many were there? It must have been a huge gang) takes place in what appears to be the street in Fistful. 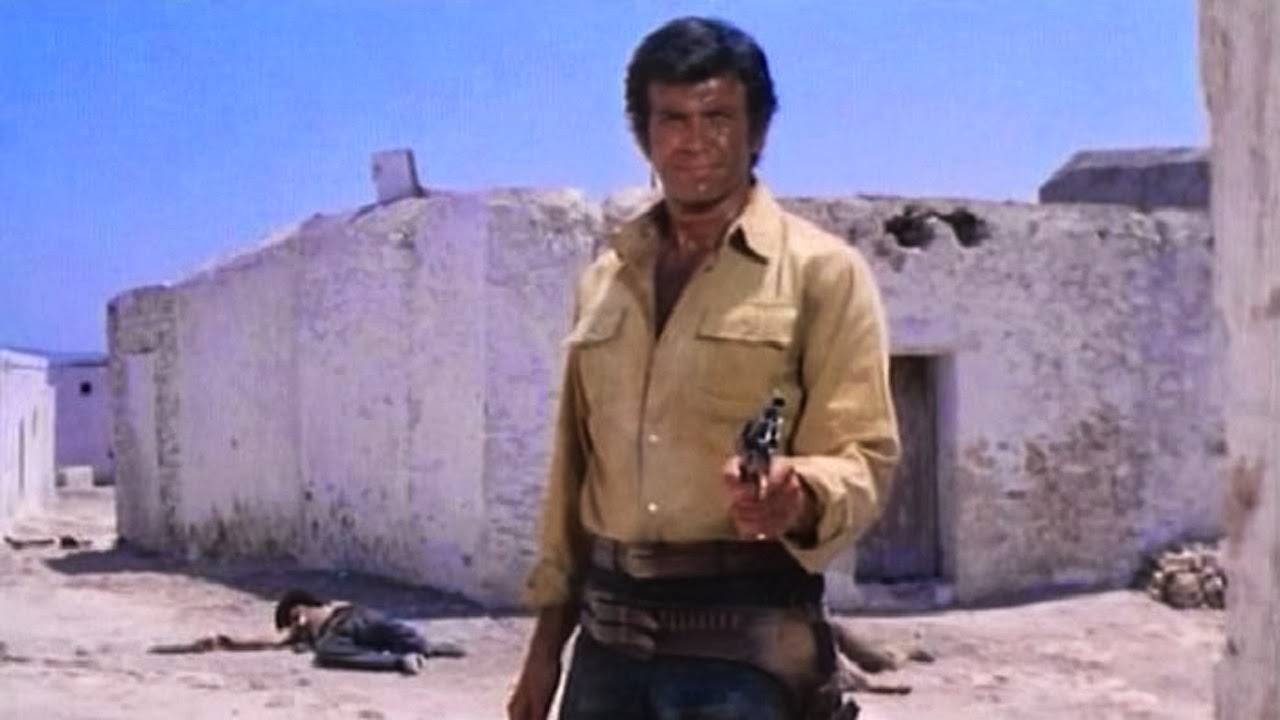 Johnny Yuma is at the top end of the spaghetti spectrum (again, a curious if amusing concept) and just reaches the standard of a B-Western. There have certainly been worse proper Westerns than this one.


I even considered bumping it up to a two-revolver rating.