Also known as I Am Sartana, Trade Your Guns for a Coffin, or Sartana's Coming, Get Your Coffins Ready or Sartana's Here... Trade Your Pistol for a Coffin, depending on when and where you have the misfortune to see it. The IMDb database lists no fewer than 13 other titles. Some of these Italian westerns are difficult even to sit through to the end in order to write a review. You just long for oblivion. 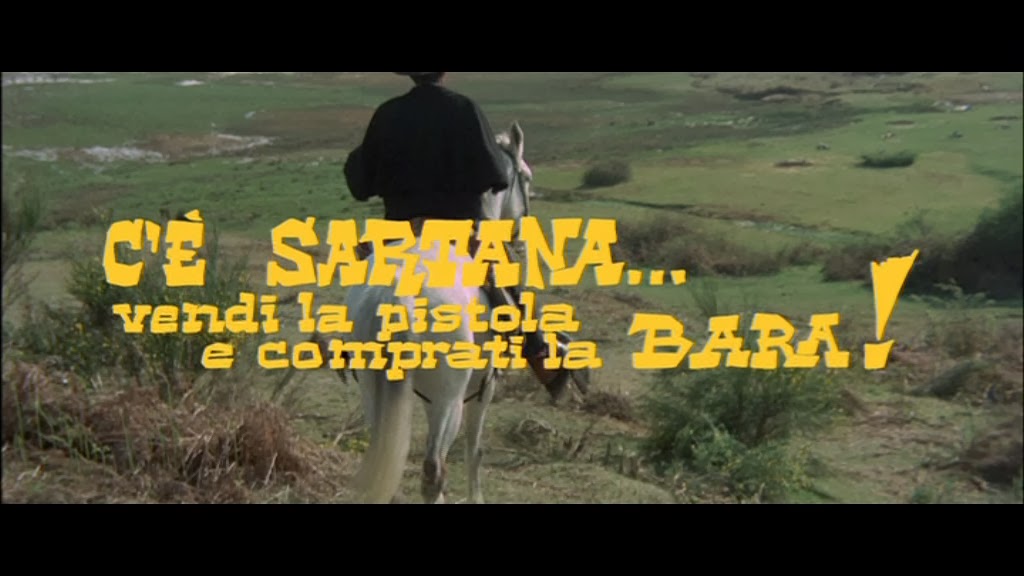 Whatever
This one stars George Hilton, a Uruguayan, and Charles Southwood, a Californian. They are the usual superhuman gunmen who have no difficulty whatever shooting down any number of opponents. They go to a town named Appaloosa (no relation, I do assure you) and it’s something to do with gold. There are a lot of people called Baxter and Spencer and so on. It is not clear who they are, what they are doing there or why they are shot, as they inevitably are. Doubtless there is a plot. There must have been a plot. A person called Tito Carpi wrote the screenplay and he surely had a plot in his mind? 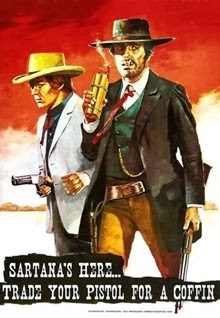 It’s interminable (93 minutes). It was directed by Giuliano Carmineo, aka Anthony Ascott. He made a series of these trash westerns about characters called Ringo, Django, Sartana and so on, the usual spaghetti character names. Luckily I haven’t seen most of them.


This one is all talk and no action, death to all but the subtlest psychological Westerns and as for clunkers like this they are as exciting as sitting watching butter turn rancid.

Even the bread is Italian
It’s difficult to decide which is worse, the dialogue or the acting. Of course even good actors have difficulty with bad lines. Bad actors have a good deal more and when they can’t even speak their own language but have to be dubbed in later it’s next to impossible to make any stab at all at anything convincing or interesting. We shouldn’t blame them too much. We should just not go and see the movies. But above all, I implore you, do not buy the DVD.


If you are a Finn browsing the shelves of your local DVD store, it was called Hetkesi on tullut - Sartana on täällä. Just a friendly warning.