What will the new year bring?


Moseying on down the Western trail

Reader Bob asked me yesterday, in a comment made on a post looking back at the most read articles of 2013, to preview what 2014 will bring. 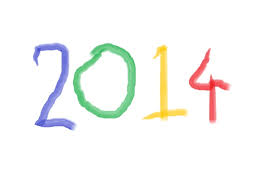 
Well, Bob, a preview kinda presupposes a plan, a mapped-out, organized structure to this blog that, I regret, does not exist. I just mosey on down the Western trail, reacting to the occasional movie I see or book I read. 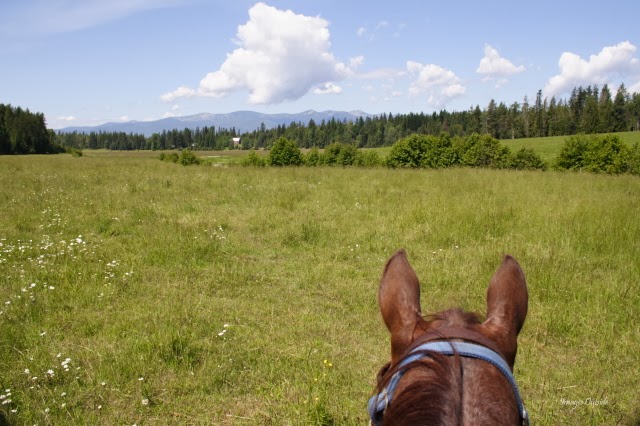 Moseyin'
Still, I can give you all an indication anyway of what to expect as this fresh new year of ours blossoms, fades and dies.


On the Cowboy side of the equation, I’d like to finish reviewing the Duke’s Westerns. He acted in (and also produced) so many that that will be quite an undertaking. Still, as any Western fan knows, a man’s gotta do what a man’s gotta do and any Western blog worth its salt will have a lot of Waynery. There are already 47 posts on Duke but he was involved in between 80 and 90 Westerns (depending on your definition of a Western) so I have some way to go there. When I’ve reviewed most of his epic motion pictures I will do a retrospective on his career in the same way that I did for James Stewart, Gary Cooper, Henry Fonda and others. 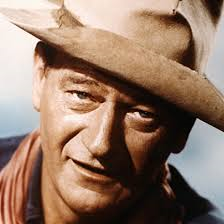 The boss
Then, I’d like to write about some of my favorite character actors. For me, there is as much pleasure to be had from watching old friends in minor parts as there is in seeing the big stars. We have already done retrospectives on the Western careers of the likes of Jack Elam, Edgar Buchanan and Slim Pickens. 2014 might be the year of Ben Johnson, Royal Dano, Harry Carey (Sr. and Jr.), Noah Beery (Sr. and Jr.) and others. I hope.

Ben the Great
As for the Indians, I’ve been reading quite a bit lately on the Apaches (always the coolest Indians) and there will be soonish posts on them. Related to that, I will write about the great scout Al Sieber, in fact and fiction. I’ve also got, ready to be read, Utley’s biography of Sitting Bull and am looking forward to that. 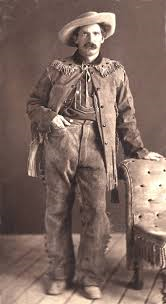 Al Sieber, scout
We’ve covered many Western guns (always one of the most popular reads on this blog). The Colt .45, the Sharps, the Colt Buntline Special and the derringer (the latter one of the most popular posts ever), among others. But I haven’t covered the “gun that won the West” (although that appellation has been awarded to several), the Winchester rifle. So expect a Winchester ’14.

The gun that won the West
Lucky Luke and Blueberry will probably make an appearance. 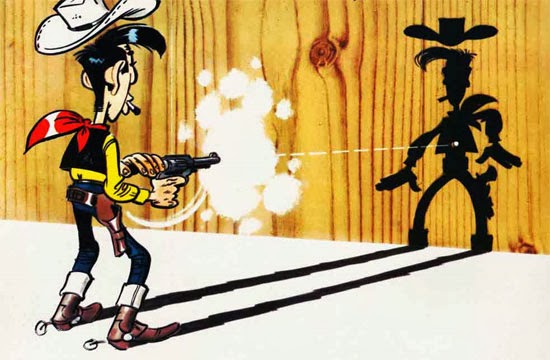 Plus vite que son ombre
But, dear reader, I would also love to hear from you and if you have any desire to read about one or another Western figure, actor, gun, movie, book or any other aspect of the Wild West that we all know and love, do please let me know, either by leaving a comment or by e-mailing westblogger@gmail.com