No Gabby but fun all the same

The Desert Trail is in many ways a Western programmer typical of the films John Wayne was churning out at a rate of three or four a year all through the 1930s. He did sixteen for Lone Star Productions, distributed by Monogram, as well as others for Warners, Columbia and Republic. 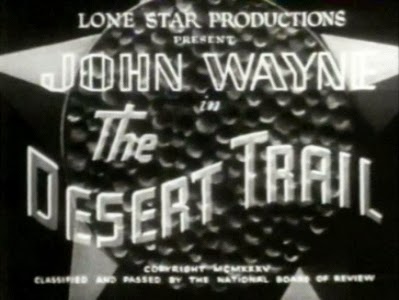 Not the greatest of the series but still fun
This one was perhaps a bit weaker than others, though. There’s no Gabby Hayes as old-timer sidekick for one thing, and Yak doesn’t appear as the bad guy. No do we have my hero Earl Dwire. Instead, the sidekick is frock-coated incompetent card sharp Kansas Charlie, posing as a clergyman, the Reverend Doctor Smith (Eddy Chandler). And Duke is a traveling rodeo star (so plenty of old silent-movie stock footage of rodeos) and not an undercover agent. It was Chandler’s sixth Western and first with Wayne. He mostly had bit parts but isn’t bad here.


The pair are accused of a robbery they didn’t commit, so they have to solve the crime to clear themselves. Unusually, Wayne pulls a gun on the crooked rodeo promoter to get his money and shoots at the pursuing posse, so he’s very slightly badder than the usual smiling, saintly hero. 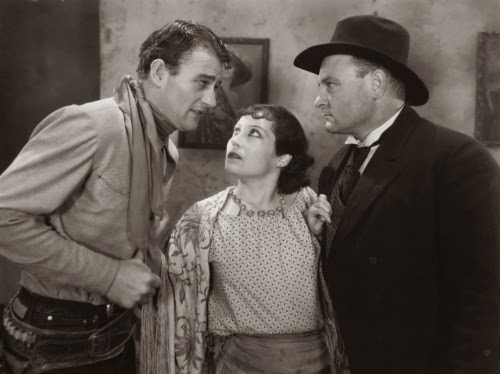 Wayne as rodeo star and Chandler as gambler sidekick vie over the lovely Juanita
The show was directed by Lewis D Collins (billed onscreen as ‘Cullen Lewis’), taking over temporarily for the usual Robert N Bradbury. Collins had written and directed a lot of two-reeler silents and he went on to churn out B-movies of every type. He had the distinction of directing what many regard as the last ever B-Western, Two Guns and a Badge, in 1954.


Still, there’s energy and zip. The stunts are even better than usual (a great one where ‘Wayne’ leaps straight from his horse through a cabin window to beat up the bad guy). Lafe McKee is splendid as the sheriff of Poker City. His real name was the entertaining Lafayette Stocking McKee and since 1913 he had been playing the distressed businessman, the ranch owner on the verge of losing his cattle to the villains or the kindly father of the (future) bride of the hero. So being sheriff was a bit of a departure.


Good old Paul Fix is Pete, the bad-guy brother of the girl. But he’s decent really, only the reluctant partner of main badman Al Ferguson. You know how they do. Fix (1901 – 1983) had been a sailor in the First World War, torpedoed by a German U-Boat and had first appeared in a Western with William S Hart. He acted with Wayne in no fewer than 26 films. He also wrote Tall in the Saddle for Wayne in 1944. He was involved in 320 Westerns. A mighty figure of the genre. 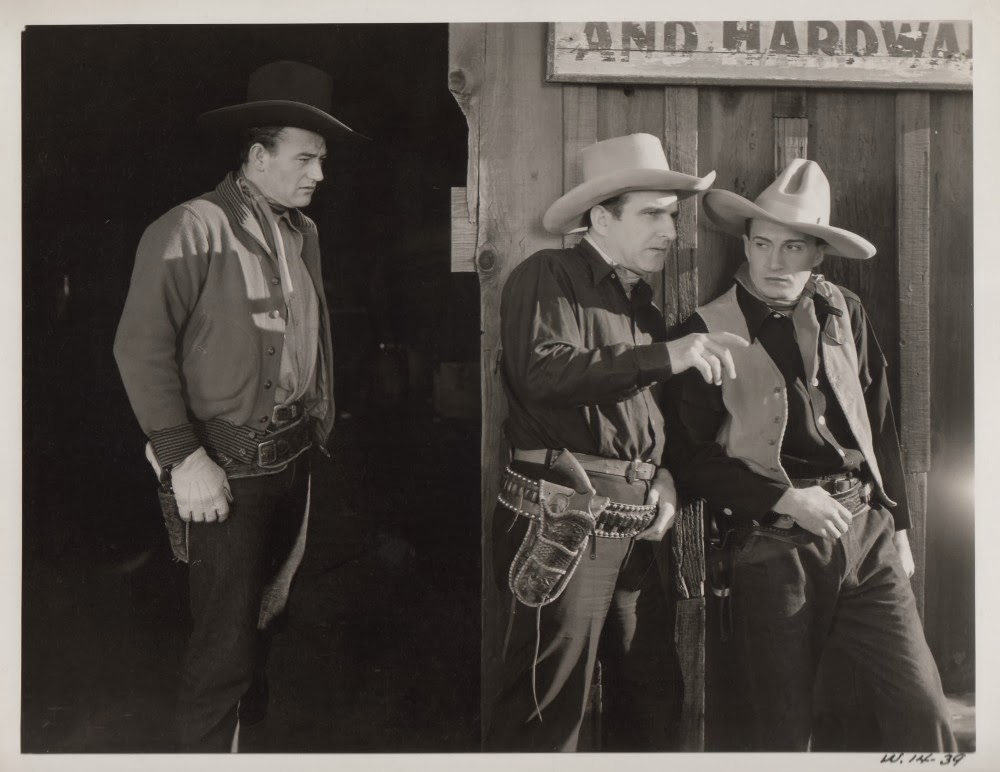 Our hero overhears bad guys Al Ferguson and Paul Fix.
Duke looks remarkably as he did in later, classic Westerns.
Wayne-fan completists will want to watch The Desert Trail, although some of the other programmers were probably a bit better. It’s still fun, though.