There are so many documentaries on Custer’s last stand that’s it’s sometimes difficult to identify them. This one was on the Franco-German TV channel Arte a few days ago, entitled, for French viewers, Le Général Custer, une légende américaine, but I couldn’t pick it out of the many offerings mentioned on IMDb. Anyway, the executive producer was Mark Samels, the consultant Nathaniel Philbrick and it was an American Experience program for WGBH. It was probably entitled Custer's Last Stand or something, in English.


The thing is, though, that you are unlikely to want to seek it out and download it or buy the DVD because it said nothing new. It was just the usual rhubarb on Custer. 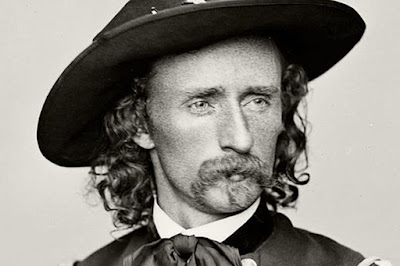 There are the expected talking-head historians to tell us about the man and the battle. We are walked through an American History 101 course on Custer at West Point and in the Civil War, his marriage and time in the West and so on, up to Little Bighorn. But it’s all pretty bland and safe stuff. His 1868 attack on Black Kettle’s village on the Washita, for example, is virtually glossed over and there are no negative vibes at all beyond a slight suggestion concerning the loss of Major Elliott.


All the really interesting questions, such as Custer’s presidential ambitions, his testifying against President Grant’s brother, the reason he split his forces before the Little Bighorn battle and so on are either not mentioned at all or are skated over.


The consultant, and one of the talking heads, was Nathanial Philbrick, the maritime historian fellow who has written on the Mayflower and Moby Dick but who has also taken on other American symbols, Bunker Hill and Custer. He’s clear and articulate and it’s fine to have him there. His talking-head colleagues, too, such as Richard Slotkin, Michael A Elliott, Gerard Baker and others, are all perfectly satisfactory. There’s no Robert M Utley, though, sadly. My only criticism of these commentators is that annoying habit historians have these days of talking in the present tense. Sometimes it leads to ludicrous statements. 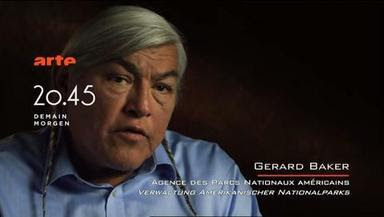 The strong point of this documentary is the visual. They found some wonderful photographs. Full marks to the researchers. Of courses there were the usual ones we have all seen often but there were some unusual, rare ones too and they gave added insight.


It is interesting that so very many Custer documentaries appear, and are sold to foreign TV channels too. Clearly there is an abiding and worldwide interest in Custer. Perhaps it’s something to do with the American tendency to rush into military adventures which speaks to the world today.


Watchable, but even Custer fans won’t pine away if they miss it.