Blood and Thunder by Hampton Sides


I visited Kit Carson’s home in Taos in the summer of 2005 and there bought a very good biography of the man, ‘Dear Old Kit’, The Historical Kit Carson by Harvey Lewis Carter, a well-written and properly researched book of 1968. I enjoyed it and learned a lot about the famous frontiersman. The house, by the way, is an excellent museum which retains much of the atmosphere of old Taos, and I recommend it.


Had I been there a year later, I probably would have purchased a more recent book and enjoyed it even more, for Blood and Thunder by Hampton Sides (Random House Inc., New York, 2006), which I have only just read, is quite outstandingly good. It is, in fact, one of the best books I have ever read on the West. 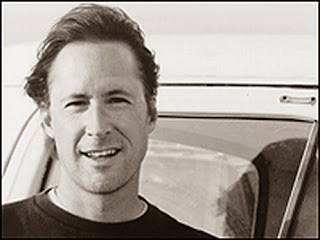 Hampton Sides
Mr. Sides comes from a background of magazine writing but is a serious historian who just happens to write fascinatingly well. You may know him for his World War II story Ghost Soldiers or perhaps for his more recent book about the hunt for the killer of Martin Luther King. But Blood and Thunder is an expansive, almost novelistic treatment of the Mexican and Civil Wars in the West and the period in between.


It is centered on the life of Kit Carson and a wonderful portrait of Carson it is too. The man was, on the surface, a simple, direct, modest, straightforward fellow, a good husband and father, kind, loyal and decent. He was married twice to Indian women, then to a Hispanic New Mexican and they had mixed-blood children. He spoke several Indian languages as well as Spanish. He loved and was loved by the Utes, whose Agent he became. 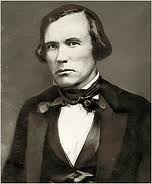 Christopher Carson (1809 - 1868)
At the same time he was an Indian killer without compunction who notoriously laid waste the country of the Navajo and supervised the infamous Long March as they were exiled from their hereditary lands to the ghastly failure of Bosque Redondo. In an interview on NBR, Sides said, “It is something I was never fully able to understand and reconcile.” But this is, in a way, what makes Carson so fascinating. Probably, Carson didn’t think of ‘Indians’ as a group at all. Navajos were the traditional enemies of the Utes and it would have seemed entirely normal for Carson to fight the enemies of his friends.


We’ve commented before in this blog on the direct line of descent from Cooper’s Natty Bumppo and Daniel Boone, through Davy Crockett and Lewis & Clark, to Jim Bridger and Kit Carson. These were the great heroes of the early West, the woodsmen, the pathfinders, the trappers, deerslayers, explorers and mountain men. From Kit, the line would later descend to Buffalo Bill (who named his son Kit Carson Cody) and the West would become more dime-novel, more sensational and, of course, more fake. Kit was in some ways the last of the true pioneer Western heroes, in other ways a bridge between the coonskin cap days and the ‘Wild West’ of legend.


House Made of Dawn author N Scott Momaday in a review in The New York Times drew a comparison between Carson and Billy the Kid: both were slight of build, nerveless and efficient killers. But this seems a bit far-fetched to me, even if I knew what a ‘nerveless’ person was. They were so different as to make such strained parallels pointless.

Terrific
Other characters come through Sides’s narrative wonderfully strongly, notably John Frémont, Stephen Kearny and James Carleton. Frémont is a well-known figure, appearing in many books and even being played by Richard Chamberlain in a worthy 1986 TV miniseries (and by Dana Andrews in a fun 1940 movie). But Kearny and Carleton are less often described and this book gives us a riveting picture of them.


General Stephen Kearny (1794 – 1848) comes across as an enormously sympathetic character. 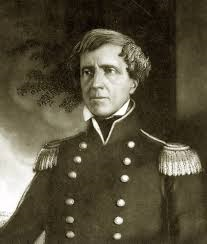 Stephen Watts Kearny (1794 - 1848)
Remembered especially for his conquest of New Mexico and California during the Mexican war, the Kearny that Sides shows us is a disciplinarian yet compassionate, a skilled tactician yet with strategic foresight, an intelligent, thoughtful man who drew up the first US constitution for New Mexico, still today the basis for the state’s laws. He and Carson had huge respect for each other.


General James Carleton (1814 – 1873) was a more complex character who was earnest, worthy, sincere but more often than not completely wrong. As you read the parts of the book concerning him, you want to box his ears to make him see sense, yet you can’t help admiring his concern, constancy (call it stubbornness if you will) and caring for the Navajo. 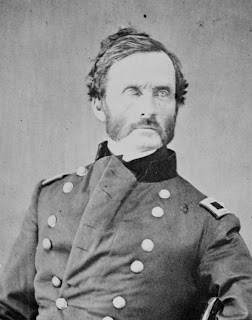 James Henry Carleton (1814 - 73)
He seems to have gone in for tough love in a big way but it came across as just tough. Poor Carleton. But more, poor Navajos. He and Carson also respected each other greatly.


Other interesting characters people Sides’s narrative. The Navajo leaders known as Narbona (1766 – 1849) and Manuelito (1818 – 1893) - they had many and various Navajo names - are very well drawn and for the first time (for me) they emerge as real people. 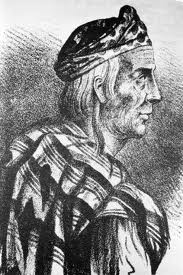 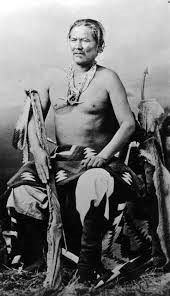 Manuelito (1818 - 1893)
I have always been fascinated by the appalling Colonel John Chivington, Bible-thumping soldier and parson, effective victor of Glorieta Pass yet leader at the unconscionable Sand Creek Massacre. In an age when to many it was acceptable to slaughter Indians, his action against Black Kettle’s village in November 1864 shocked and disgusted almost everyone, including Carson. Again, you begin to ‘see’ Chivington, if not understand him. 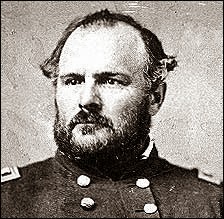 
Charles Bent is another interesting character who figures in the narrative. From Bent's Fort, his trading post on the Santa Fe Trail from the 1820s on, Charles and his younger brother William became leading powers in New Mexico. He had his home in Taos and was a close friend of Carson – in fact he and Carson married sisters. 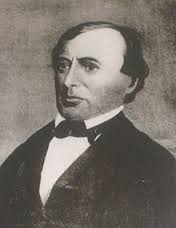 Charles Bent (1799 - 1847)
Kearny appointed him the first Governor of New Mexico Territory, a job he found, understandably, very difficult. He was murdered and scalped by Pueblo Indians, hitherto thought peaceable, in the Taos Revolt in January 1847. That revolt, very well described in the book, was probably fomented by the scheming, Jesuitical Padre Antonio Martinez, a sinister figure who lurks in the shadows of the narrative rather than emerging from them. Of course, he got off scot free while Pueblans were hanged in reprisal.


And there are many other fascinating figures of the old West. Sides has studied many journals of the period, as well as Carson’s own memoirs (dictated, for he was illiterate). These diaries bring the events and people to life.


The landscape is also a leading character in the book. Frémont’s travels give great scope for descriptions of the terrain but it is New Mexico (where Sides lives) and Arizona that emerge especially strongly. You can really see the Navajo lands around the Cañon de Chelly and the alkali waters around the Bosque Redondo, for example. Sides clearly knows the area well and it shows. 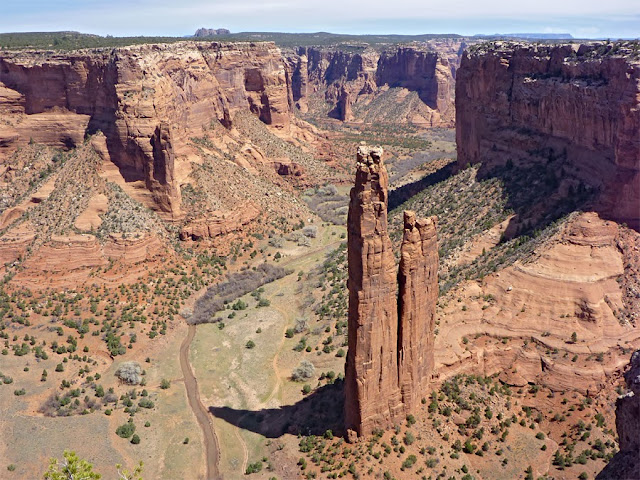 
There have been so many books and movies about the Apaches, Cheyenne and Sioux, we almost know them. But far less has been written and shown about the Navajo. For me, the best thing about Blood and Thunder is that the Navajo are finally seen as real people. Sides tells us about their culture, their beliefs and myths, their lifestyle and their leaders.


They called themselves the Diné, which means simply the People. Many American Indian tribes had similar names for themselves. Often, the names they are known by now are what their enemies called them. But when Thomas Berger uses the term ‘human beings’ for the way the Cheyenne describe themselves, he is really trying to translate the simple term most Indians used, usually rendered as Tsitsistas, ‘those like us’ or ‘people’. The name Apache probably derives from a Zuni or Yavapai term for enemy but they refer to themselves as Tin-ne-ah, people, or the People.


One problem with writing and reading about Native American peoples is the nomenclature. The word tribe is considered by some to be slightly politically incorrect, almost demeaning, by others perfectly OK. But tribe, people and nation are sometimes used interchangeably. And then there are smaller divisions: band, clan, group. Sides even introduces a new one, outfit, to describe (I think) an extended family - but how is this different from clan? It’s a pity writers don’t define their terms for us readers.


Well, it’s a great read and I heartily recommend it to you if you haven’t got hold of it already. Anyone remotely interested in the West (i.e. all human beings or People) will not regret the purchase price, I promise.