Wagon Trail was one of six Westerns that Harry Carey (Sr.) made in 1935. It’s a classic one-hour programmer with predictable and conventional plot.

Carey is the sheriff whose son (Edward Norris), though a good boy really, gets in with a bad crowd and is arrested during a stage hold-up. Harry has the unpleasant task of bringing his own son to trial and jailing him while the boy awaits the sentence of death. Of course, the stage robbery is the nefarious work of bad guy Collins (Roger Williams), the saloon owner, who has blackmailed the lad into taking part in the robbery. With the aid of a decent judge (John Elliott) and the fair maid who loves the lad (Gertrude Messinger from Lawless Valley and Blazing Justice), all will come right in the end.


So, no surprises and nothing out of the ordinary. 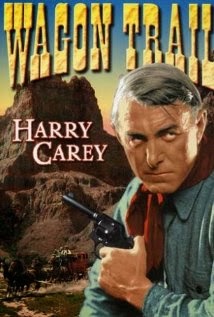 He always looked a bit stern
The weakest aspect of these movies was the acting. It is, by today’s standards, laughably wooden. The actors have so obviously learned their lines and they all dutifully stand still and declaim them, in a monotone. 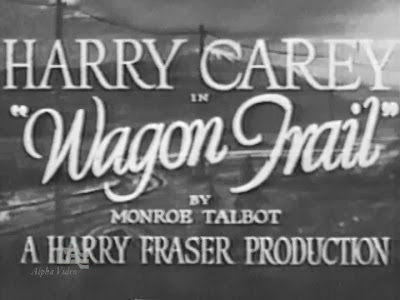 Amusing
Still, Carey, 56, is about the best from that standpoint. At least he had an air of authority about him. And he has my favorite, Earl Dwire, as his deputy. Hooray! 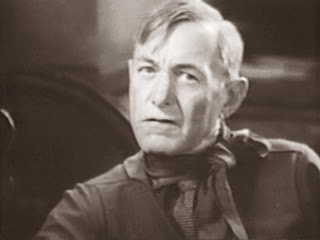 Harry Carey Sr., 123 Westerns 1909 - 1948
Not only that, the villain Collins has a derringer. Typical. He would have. In fact, the derringer plays a vital part in the last scene… So the movie’s worth watching for that. 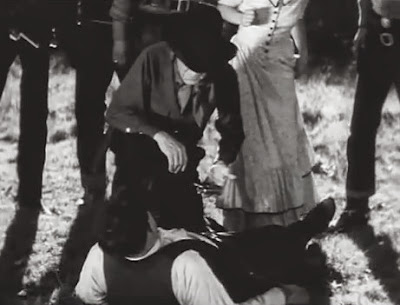 Derringer!
Posted by Jeff Arnold's West at 9:39 AM