Of historical interest only

Randolph Scott made a series of eight quick talkie Westerns for Paramount in the early 1930s, often remakes of silent movies, based on Zane Grey novels, to which Paramount had bought the rights. They were directed by a young Henry Hathaway, had a good stock company and were, some of them, quite good. To The Last Man or The Thundering Herd, for example, were well-made and enjoyable little movies according to their lights.


However, Paramount persisted, churning the motion pictures out at a rate of knots (they were onto a good thing with low-cost movies filling the theaters) and the films weakened in quality. Rocky Mountain Mystery aka The Fighting Westerner, a  remake of the silent Golden Dreams (1922), was not directed by Hathaway but by Charles Barton, whose second Western this was – the first being another Scott movie, Wagon Wheels, the year before. Nor did it have Western actors of the quality of Harry Carey Sr. or Noah Beery Sr., as the early ones did, but only very old-fashioned stage or silent movie actors who hadn’t really got a clue. 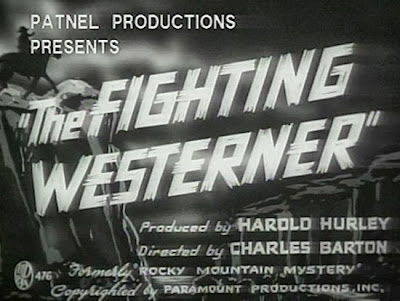 Eminently missable
The very free adaptation by Ethel Doherty of the Zane Grey novel Golden Dreams resulted in a clunky, plodding dialogue of the corniest kind but it’s unfair to blame Grey for its quality.


Rocky Mountain Mystery is actually a better title than The Fighting Westerner because the movie is really a murder mystery that happens to be set in the West. Randy is a mining engineer (he says) come to find out what happened to his predecessor at a mine and stamp mill in Nevada or Colorado. Skullduggery has been going on and of course Randy uncovers it. It’s quite a modern Western, with automobiles and telephones. 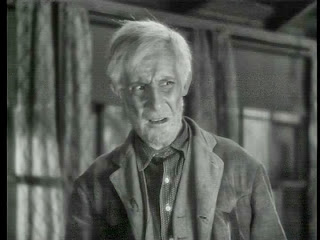 Charles 'Chic' Sale in the old timer part
The acting is shockingly bad, even for the time. Curiously, although Scott is certainly the star and is in almost every scene, he is only billed tenth. The cast is led by Charles ‘Chic’ Sale as a crusty old-timer deputy out to solve the mystery. He was not a Western actor (he only did three) and is painfully bad in the Gabby Hayes-type part. 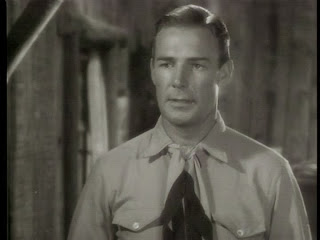 Randy dutifully recites his lines
The roles of the no-good Ballard family are taken by the elderly Mrs. Leslie Carter, a well-known nineteenth-century stage actress; Florence Roberts, ditto; and George F Marion, 74, who had been in eight silent Westerns. These stage actors had a then-expected accent so clipped that it is almost English. Where Paramount dug them up is a mystery but doubtless they were soon re-interred. Ann Sheridan, later to do Dodge City with Errol Flynn and The Treasure of the Sierra Madre with Humphrey Bogart, was a breath of fresh air (being under 70) as Rita Ballard, in her third Western. 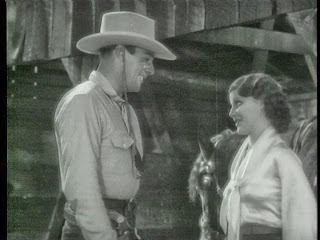 At least Ann Sheridan was in it
Randolph Scott fans will want to see this one, once. For the rest it is of historical interest only and there’s not even a great deal of that. 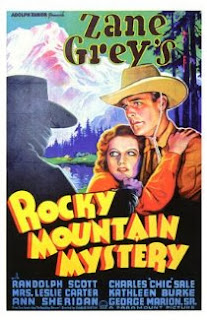