Jokes older than them thar hills

Lightning Jack is a comedy Western co-produced, written by and starring Paul Hogan. As such it is pleasant, amiable and amusing. Mr. Hogan does his Crocodile Dundee act of laconic Aussie in America, the eponymous Jack, as he robs banks and craves publicity. Many of the jokes are older than them thar hills, though. And the trail between the jokes is often long and winding.


It’s directed by Simon Wincer, the Lonesome Dove and Quigley guy, and it is pretty. There is attractive photography of the Arizona, Colorado and New Mexico locations by David Eggby, who had shot Quigley and was later to work again with Wincer on two other Tom Selleck Westerns, Crossfire Trail and the 2003 Monte Walsh. Much of it resembles picture postcards.


Lightning’s sidekick is a black store boy Ben who is mute, played by Cuba Gooding Jr. Mr. Gooding is willing to pantomime his way cheerfully through the movie in a Stepin Fetchit sort of way that now seems distinctly uncomfortable. This gives rise to good-natured chuckles as Lightning has difficulty reading Ben’s scribbled notes. A mute sidekick of course gives Mr. Hogan more lines. Ben accompanies Jack everywhere, including saloons and bordellos but no one dreams of commenting on or even noticing his skin color; it’s all very 1990s PC in that respect and bears no relation whatever to the 1880s South-West. 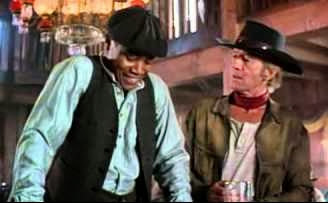 Gooding didn't have to learn his lines
The make-up and costume people have tried hard to make the bounty hunters and outlaws look mean and threatening but the script and action negates their efforts. 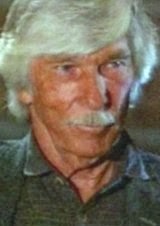 LQ
There are some good support actors. LQ Jones is an aged sheriff (he and Lightning go back) and Pat Hingle is a politician marshal aiming to be Governor, like Kirk Douglas in Posse or Amos Calico in Robert B Parker’s Blue-Eyed Devil. 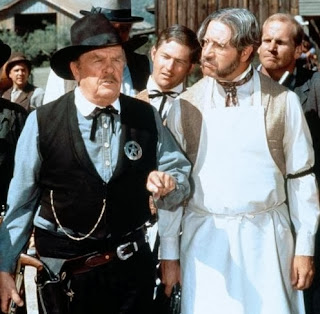 Marshal Hingle
Roger Daltrey of The Who is a mean frock-coated gunfighter in a tiny part. I bet he enjoyed that, though English Bob he ain’t. 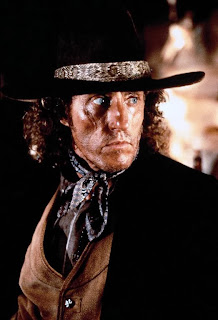 Call Me Lightning
Ben can’t shoot and so gets a cut-down shotgun like James Caan in El Dorado.


Why on earth the movie is rated PG-13 (Parents strongly cautioned) is a total mystery. The whole thing is mildly entertaining, folksy, saccharine, unexceptionable and unexceptional.