Dreadful excuse for a Western

This is just a standard, boring Terence Hill/Bud Spencer junk spaghetti western, with no merit.


I search for something to say that marks it out. Well, the central character (Hill) is called Cat Stevens. How about that, 70s folk-pop fans?


And Woody Strode’s in it. But can’t save it. 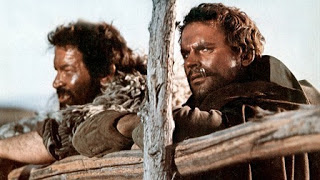 Carlo Pedersoli and Mario Girotti
Most of the blame for this one must go to someone named Giuseppe Colizzi (1925-1978) because he directed, produced and wrote it.


It’s the usual mix of acrobats, close-ups, bad dubbing, lousy color, cheap print, irritating jangly music, fake gunshots and above all, above all, as always, in every single spaghetti, complete trash screenplay.


Thinking about it, that’s the worst feature of these dreadful excuses for a Western. The writing. All authors of Cinecittà screenplays would be better off in Boot Hill. 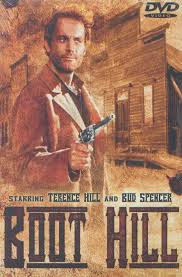