The Western, like jazz, was in origin a specifically American genre. The two could almost be thought of as the defining American genres. But both had a huge impact outside America. The Western, any more than jazz, does not belong exclusively to Americans. Europeans, especially, have been and still are writers of Western stories and makers of Western movies as well as readers of Western fiction and avid moviegoers. Long before the spaghetti westerns of the 1960s, the French, British and Germans, among others, were producing novels and motion pictures.


In France, in 1896 Gabriel Veyre shot Repas d’Indien (Indian banquet) for the Lumière brothers and Joe Hamman starred as Arizona Bill in films made in the horse country of the Camargue in 1911. The book Il était une fois... le western européen : 1901-2008 by Jean-François Giré (2008) gives a whole history of the Western in France and Europe. The modern sport of fast draw first became popular in France (and figured in the 1908 Olympics…) New Lucky Luke and Blueberry bandes dessinées are eagerly sought at the FNAC. French hip hop and rap artist MC Solaar had a great track, Nouveau Western, on his 1994 album Prose Combat.

Arizona Bill, Lucky Luke, Blueberry, MC Solaar: French Western heroes
In Italy, Puccini’s opera La Fanciulla del West (The Girl of the Golden West) was first performed in 1910, was filmed twice as a silent movie (which must have been odd) and twice as a talkie – or singie. Sergio Leone’s father directed the silent La Vampira Indiana in 1913 (with Sergio’s mamma as the title Indian princess). Il western italiano, a book by Alberto Pezzotta (2012) tells the story of the whole Italian Western experience. Francesco de Gregori’s wonderful album Bufalo Bill (1976) is an Italian hymn to the West and one of my favorite CDs. 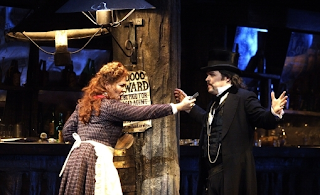 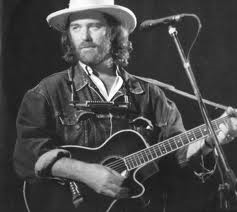 Il bufalo sulla prateria: De Gregori, grande
In Germany, already in the 1890s Karl May was writing enormously popular Western stories starring Old Shatterhand, made into silent movies in the 1920s (when 1920s Bela Lugosi also starred in German films as Uncas), and Shatterhand and Surehand B-movies filmed in Yugoslavia, starring Lex Barker and Stewart Granger, were big hits in the 1960s. 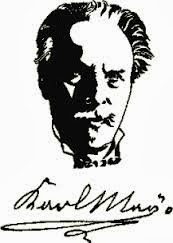 Yeehar, Karl
In the UK, Buffalo Bill’s Wild West show was a monster hit in British (and many other European) towns and much appreciated by Queen Victoria and the Prince of Wales. The first color Western was British (Fate, 1911). Silent Westerns were enormously popular and Tom Mix was fêted as a hero on his visit to London. British or semi-British Westerns like The Sheriff of Fractured Jaw or The Savage Guns pre-dated spaghettis by several years. The leading authority on Wild Bill Hickok, Joseph G Rosa, was from Ruislip, Middlesex. 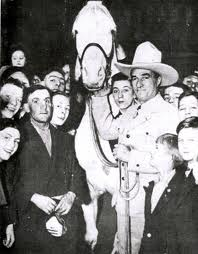 Tom Mix in England fêted by small boys of all ages
In 1971, Edwin Sherin directed Burt Lancaster in the Elmore Leonard story Valdez Is Coming. How American can you get? It was filmed in Spain. When Tombstone and Wyatt Earp were being made in the early 1990s, where did Wyatt Earp have to get its costumes from? Europe. 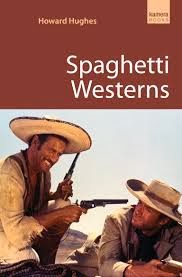 Not that Howard Hughes, surely?
European directors of Westerns like Fritz Lang, cinematographers like Roger Deakins, writers like Alan Sharp have all contributed enormously to the development of the genre. 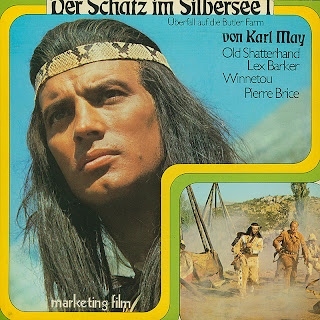 Hope you caught Der Schatz im Silbersee back in '62
All over Europe you can find Western film festivals, dude ranches, rodeos, line dancing, fast draw competitions and every kind of Western event. European moviegoers await new Westerns as eagerly as they do Stateside. 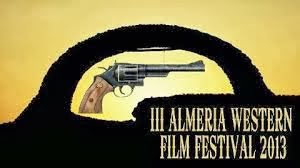