Last Stand at Saber River was the fourth Western novel written by Elmore Leonard (1925 – 2013) and was published in 1959. Nearly forty years later, it was made into a TV movie starring Tom Selleck by Selleck’s production company TWS and it aired on TNT in 1997.


The novel is one of Leonard’s best. His previous one, Escape from Five Shadows in 1956, had been solid but unremarkable but Last Stand has much more vim and zip. 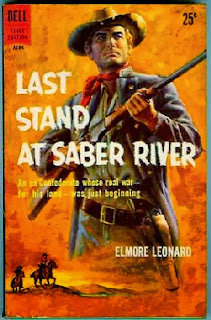 A goodie
The story starts and ends at a familiar Leonard setting, a low adobe in Arizona, a former Hatch & Hodges swing station now serving as a general store. There, on April 9, 1865, a family arrives in a wagon. Paul Cable, his loving wife Martha and their three small children have returned after an absence in Texas when Paul was fighting on the Confederate side during the War. Wounded, he is invalided out and they decide to reclaim their Arizona farm.


They find many changes, not the least of which is the fact that a newly installed family of Union sympathizers, led by the brothers Duane and Vern Kidston, has taken over their house and graze. In addition the former store keeper, their friend, has died and been replaced by a sinister one-armed Confederate gun runner, Edward Janroe.


The plot is based on Cable’s fight over the coming week to regain and hold his property and protect his family. 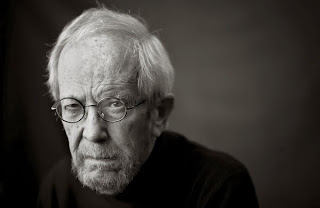 The Master
Like most of Leonard’s novels, it’s very well done. It has an air of authenticity and the pace of the story is lively: the plot rattles along like a Hatch & Hodges four-up. The writing is spare, economical and unvarnished, which suits the gritty character of the hero and the hard terrain of the setting.


Leonard’s heroes are tough, hard-bitten Westerners but they are not invincible supermen. Likewise, his villains have saving graces and are quite subtly drawn.


Although Duane Kidston’s spoiled daughter sets her cap at Cable and tries to drive a wedge between his wife and him, she fails, straight away, and this story is quite unusual in having no traditional love interest, no girl to be wooed and won, but rather features a happily married couple with loved and loving children.


The Selleck movie changed a lot of this. His story starts back in Texas, before the Arizona trip, with him coming back from the war when his wife (played by Suzy Amis, who had starred in The Ballad of Little Jo in 1993) and family thought he was dead. One of their children has died in his absence and she has consequent psychological issues. Their renewed relationship is difficult and teeters on the edge of collapse. I’m not sure what was gained by this change but whatever the reason for it, the result is that they overdid it and the wife ends by becoming unsympathetic and rather tiresome. OK, dear, so you had a bad time. But so did your husband and so did a lot of people. Get over it. That was my (probably heartless) reaction anyway. 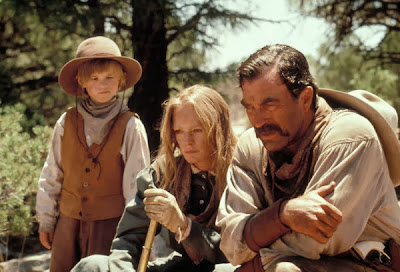 Character of the wife not well done
Selleck does a good job, though. He looked convincing in Western gear and carried it off. He had first come to notice in The Sacketts in 1979, a TV adaptation of the Louis L’Amour novels, and had reunited with Sam Elliott and Ben Johnson in the Andrew V McLaglen-directed The Shadow Riders, also for TV, in 1982. But it was really as Quigley in the excellent Quigley Down Under in 1990, a part scheduled for Steve McQueen which Selleck took because of McQueen’s illness, that he established himself as a leading Western star of modern times. Saber River was one of a series of good TV Westerns that he made around the turn of the century and it was followed notably by Crossfire Trail and an outstanding remake of Monte Walsh. 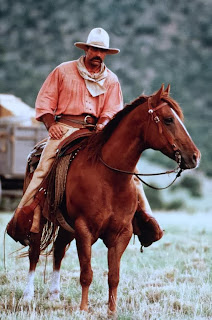 Selleck: looked the part
Another good thing about the TV Last Stand at Saber River is that there is a brace of Carradines in it. David plays Duane and Keith plays Vern. They do an excellent job, as they always did. Harry Carey Jr. also has a bit part as Martha’s dad, a character not in the novel. 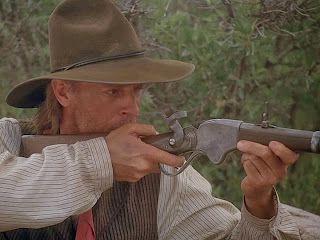 Keith Carradine as Vern Kidston with Spencer rifle
Shot by Ric Waite (The Long Riders) in New Mexico, some of it around delightful Las Vegas (where some of the earliest silent Westerns were also filmed) the movie looks good. The music, by David Shire, is appropriate and strong.


The film was directed by Dick Lowry, who had done all those Kenny Rogers Gambler ones. The pace of it is slower than that of the novel and needed a bit of tightening up, though he’s good at the action scenes. The costumes and guns are period-correct and convincing.