The West as a fantasy world? What an odd idea.

An entertaining blend of Western and sci-fi, this movie was Jurassic Michael Crichton’s debut. He wrote and directed it. It was the first film to use digitized images and the early 70s special effects are still quite impressive. The idea is that for a thousand dollars a day you can vacation in a Western town, rob banks, sleep with saloon gals and have gunfights, with robots at the other end of your .45 and with no risk of getting hurt. Hell, I’d go. Eager Richard Benjamin and blasé James Brolin go off to this depraved Disneyworld-on-steroids of the future and do exactly that. At first they have a great time shooting down a mechanical Yul Brynner. Until a computer virus strikes (a new idea then) and everything starts to go wrong… Of course, you knew it would go wrong when the voice on the PA system cooed to the incoming tourists, “Nothing can go wrong.” 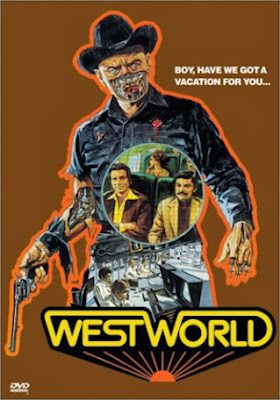 A theme park for Western fans
A good sci fi idea, and the story is not a million miles away from Jurassic Park. Yul is perfect as the robot gunslinger. I feel there needs to be an exclamation point at the end of that sentence but that would perhaps be unkind. Seriously, he is very threatening as the implacable, indestructible foe, a sort of future-world Frankenstein’s monster in a cowboy hat. He wears exactly the same costume as Chris in The Magnificent Seven and I suppose it’s a jokey reference to his indestructibility there too. Either that or Brynner insisted: he loved that costume. 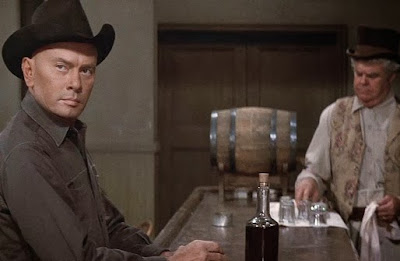 Call him out. Go on. You can't lose.
The movie plays on the idea of the mythical West. It always was a fantasy. Now it is a fantasy for real. If you see what I mean. It can also be read as a comment on the 1970s breakdown of the Western as genre and the over-confident assumptions the genre was based on. Or am I overdoing it here?


There’s perhaps too a satirical idea that the herds of dumb tourists who flock to the theme park are just as robotic as the mechanical gunslingers. 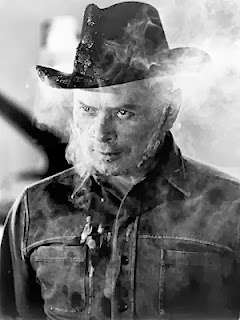 Nothing can go wrong...
The same resort contains Roman World and Medieval World and that’s a bit annoying. We Western fans have to sit through those bits, drumming our fingers, waiting to get back to the proper Westworld (often referred to confusingly by the characters as ‘Western World’). At the end they get mixed up, Blazing Saddles-style, as cowboys walk through Roman gardens into a medieval castle.


This is a fun film and still worth a watch. I remember it when it came out and the gunslinger was actually quite frightening. Well, I was young(ish) in 1973. I’m quite sure James Cameron had seen Yul in this part when he created the Terminator. 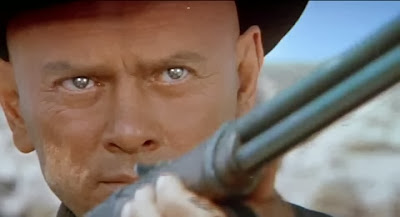 Quite scary. For 1973.
Apparently, HBO has just commissioned a pilot for a series based on Westworld from Dark Knight writer Jonathan Nolan with JJ Abrams (who directed Mission Impossible III and the 2009 Star Trek) to produce. I hope that comes to fruition. We need a good HBO Western to follow Deadwood. 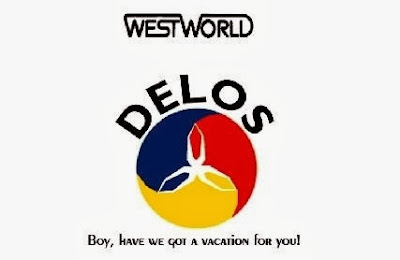