Obviously, if you are going to have a gang of badmen, you need seven. Seven is the Mystical Western Number. The MWN of 7 appears again and again, and not just in The Magnificent Seven either. Do a spot of counting next time a posse or gang of bandits gallops across your screen. Ten to one there’ll be seven of them.


So, in the ideal Western movie, that one that runs in your head at about 4 am, we are going to have seven heavies in the gang of bad guys.


Now the big question is who?


Some will pick themselves. You can’t have the ideal group of blackhats without Jack Elam, for example. Jack was in many ways the henchman with a gun. 130 feature and TV Westerns and he was henching in virtually all of them. Whether ‘Knife murderer, uncredited’ (Man Without a Star) or ‘Horse Face’ (The Comancheros), best of all in the 1951 movie Rawhide, skinny One-Reel Jack was there, squinty-eyed, splay-toed and stooping. So that’s settled. 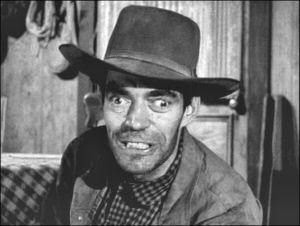 One-Reel Jack Elam
But he couldn’t lead the gang. No, we’ll need someone eviler for that, someone clever and ruthless and scheming. Well, there are several candidates. I might have Dan Duryea. He was not only tough and mean, he was also an excellent boss. The false US marshal in Silver Lode, the saloon keeper who has the town treed in Rails into Laramie, the crazed bookkeeper who thinks he’s Robert E Lee in The Marauders. But then he might make it into the gang even without being the boss, just as a snarling gunny. You know, like Monte Jarrad in Along Came Jones, manic Waco Johnny Dean in Winchester ’73 or the laughing bandit Whitey in Ride Clear of Diablo. 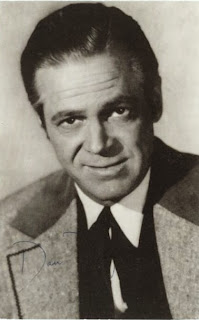 Duryea: devil in a frock coat
Richard Boone could lead the gang. He was just great as the hard-as-nails badman Cicero Grimes leading the stage robbers in Hombre, or Mormon-bearded in his automobile gunning for JB Books in The Shootist, or kidnaping Randolph Scott in The Tall T. Boy, he was mean. Killing those people and shoving them down the well. He went in for kidnaping. He even kidnaped John Wayne's grandson in Big Jake. The crazed Indian killer in Rio Conchos. Yes, we could have the gang led by Boone.

Boone: boy, was he mean
Bruce Dern is a must. Dern was so bad. I’ll never forget him shooting John Wayne in The Cowboys. And the boy actor Jon Gries said he was genuinely afraid of Dern on the set of Will Penny; he is seriously nasty in that as one of the sons of evil Donald Pleasence. Wheelchair-bound Will Plummer in Wild Bill, Miller in Hang ‘em High, Strawhorn in Posse, Hammond in The War Wagon. Oh yes, Bruce is a must. 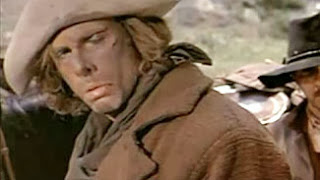 A Dern bad man
We’ll have to exclude the part-time bad guys. You know, the good guys who occasionally moonlighted as badmen. Glenn Ford as the outlaw Ben Wade in 3:10 to Yuma, Lee Marvin as Liberty Valance or Henry Fonda as Frank in Once Upon A Time in the West. Sorry, but they’ll be elbowed out by the pros. Lee was nice and bad occasionally but you can’t help thinking of him leading The Professionals or in comedies like Paint Your Wagon and Cat Ballou. No, we'll probably need a Lee but we'll have Lee Van Cleef (see below).


If we want an out-and-out thug, no one will do a better job than Leo Gordon. Gordon had been in San Quentin for armed robbery and his voice alone was enough to instil menace. Not to mention his physique. Don Siegel once said, "Leo Gordon was the scariest man I have ever met". In Apache Territory, The Restless Breed, 7th Cavalry, McLintock!, and any number of TV shows, Leo frightened everyone. 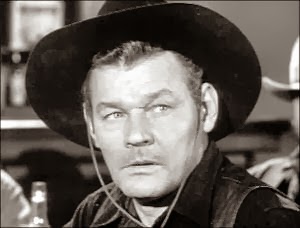 Leo Gordon: scar-eee
I think Jack Palance would get in. Right from the get-go, in his first Western, Shane, as Jack Wilson the hired gun, he was seriously good, by which of course I mean bad. It’s true he was in a lot of spaghetti trash but he was at least the bad guy in those movies. And he was splendidly evil as the railroad detective in The Last Ride of the Dalton Gang. He was the bad guy LG Murphy in Young Guns and even in comedy, as Curly in City Slickers, he was suitably sadistic. Yes, Jack can be in our gang. 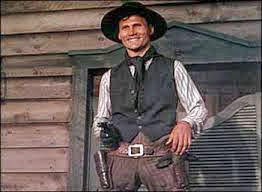 Palance: the great Jack Wilson
Then of course we couldn’t even envision a gang of thugs without including Lee Van Cleef. Like Palance, his very first Western was as memorable bad guy, one of Frank Miller’s heavies in High Noon. And he was thuggish and murderous in a long list of Westerns from then on. Gunfight at the OK Corral, The Tin Star, The Bravados, Ride Lonesome, it’s a great CV. He was even two baddies at the same time in The Desperado and also in Diamante Lobo. Like Jack, he did a lot of junk Italian Westerns but well, bad is bad. And naturally he was supremely bad as The Bad in The Good, The Bad and the Ugly. I mean, how bad can you get? Yes, I think we need Colonel Mortimer in our side.

Van Cleef the Bad
Gene Hackman would be interviewed, for his brutal Little Bill Daggett in Unforgiven and for his cruel town boss in The Quick and the Dead but I don’t think he’d get onto the short list as he was good too much. You can’t have General Crook in Geronimo or Wyatt’s dad in Wyatt Earp in the gang. 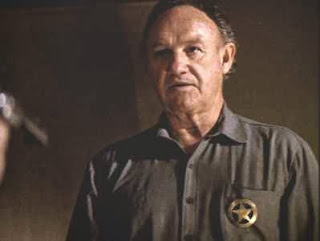 Brutal Bill: Hackman
Robert Ryan might make it into the gang but I think he’s more of a loner bad guy. Doing evil on his own, as in The Naked Spur. He was nicely mean as Ike Clanton, though, in Hour of the Gun. And he was kinda the leader, and very bad, in Bad Day at Black Rock. But he was a bit good in The Professionals, looking after those poor horses, and rather pathetic as the broke-down sheriff in Lawman, and of course he was a goody in The Wild Bunch. No, Bob may not make the cut. Not sure he was really bad enough. 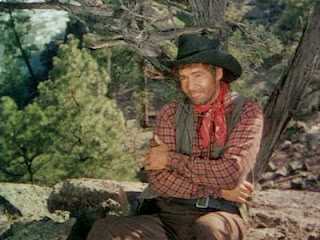 Ryan: really bad in Naked Spur but too often good. Reject.
If we need a corrupt sheriff, and they are always handy, then Ray Teal will fit the bill admirably. The Kid from Texas, Rage at Dawn, The Secret of Convict Lake - you need a crooked sheriff? Ray is your man. But even as a cowhand or ruthless rancher he was well bad. Think of his Gabe Clevenger in Fort Worth, his Joe Sutton in The Burning Hills, the slimy horse trader in Gunman’s Walk, the henchman in Streets of Laredo. But while a corrupt sheriff is handy, I don’t think he should be a permanent member of the gang. He was a goody too, sometimes. 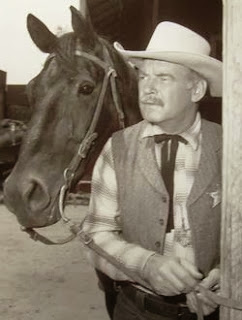 Teal: need a crooked sheriff? Ray's your man.
We will doubtless receive an application from Robert J Wilke and I would be sorely tempted to recruit him, just for that sneering face. He was in no fewer than 175 Westerns, 1938 – 1979, and so often one of the heavies. We might want him for sheer staying power. But was he evil enough? 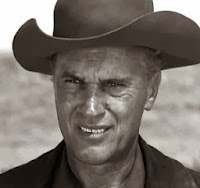 
There you go, the perfect gang.