For hard-core fans only

Some Hollywood studios ought to be prosecuted for selling under false pretenses. If you make a movie called Gun Battle at Monterey you really ought to have a gun battle. And in Monterey, not in a town named Del Ray. Oh well.


Sterling Hayden leads in this ultra-low budget B. He only goes through the motions, though. He hated these movies. With some reason. 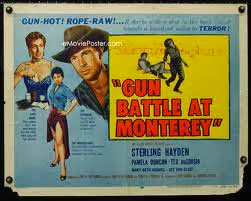 I'm afraid the poster is rather misleading. It isn't gun-hot. Or rope-raw. Sorry.
He plays a robber who is double-crossed and shot in the back by his accomplice (Ted de Corsia, also unusually weak) in a cave on the California coast. But he is nursed back to health by sultry Pamela Duncan and sets off for revenge.


Not exactly original, is it. Never mind. 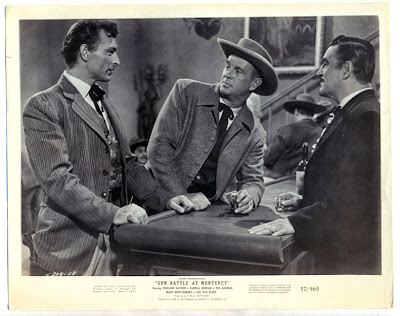 Quality van Cleef, bored Hayden, weak de Corsia
When Sterling turns up, town boss Ted is suspicious but as Sterling calls himself York and hasn’t got a beard, and is alive, he can’t be his late accomplice. You do believe this, don't you?


Probably the best thing about the movie is that Lee Van Cleef is de Corsia’s henchperson. 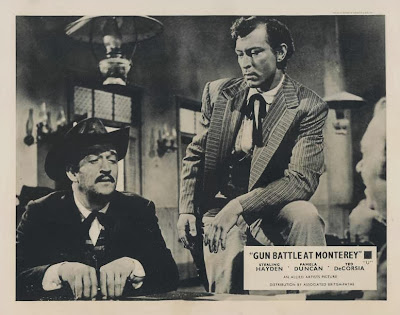 Evil town boss with henchman
Westerns shouldn’t really be set on Malibu beach, as One-Eyed Jacks proved. They look out of place. 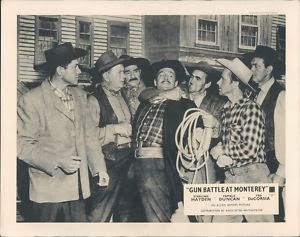