Casting is so important. Walter Hill has told us that Sam Peckinpah used to say the success of a movie is 70% casting. Even an average formula-Western of the 50s with corny dialogue and predictable plot can be enjoyable if the central characters are convincing and sympathetic. But putting Maureen O’Hara (top billing) and Macdonald Carey in tandem to lead a horse opera dooms it right off. No amount of bright color or lovely locations can save it. 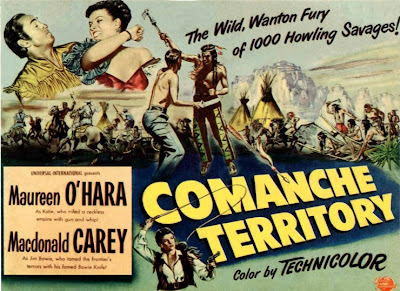 O’Hara was hopeless in Westerns. My own private belief is that she was hopeless in films period. But in Westerns she was totally unconvincing. Here she is a buckskin-clad saloon keeper. I mean, honestly. And of course everything has to grind to a halt for one of her damn operetta songs. Carey was a romantic comedy and soap-opera star who was utterly out of place in the West. Here he has to play Jim Bowie - oh, please. 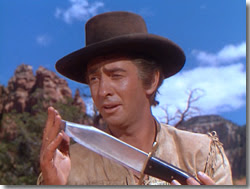 Only Will Geer saves the honor of the cast as Dan’l (sic) Seeger, and gives us an enjoyable comic turn with a hint of authenticity as the colorful sidekick. He sniffs out the villain. Literally.

The plot is some preposterous twaddle about finding silver in the Comanche lands and a stolen treaty. Jim Bowie is sent by the US President to save law, order and the nation against the wicked brother of O’Hara (Charles Drake) who is trying to cheat the noble Comanche chief Quisima (Pedro De Cordoba). Cordoba Pete wants peace and gets it in the end by fighting. Oh, you know. 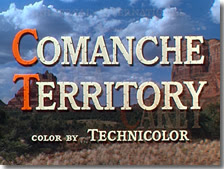 Maury Gertsman photographed the pleasant Sedona, AZ locations and visually the picture is attractive. But the Oscar Brodney/Lewis Meltzer screenplay is corny, plodding and cliché-filled, the Frank Skinner music is old-fashioned (in fact the whole movie is old-fashioned and 1940s in feel) and the direction (George Sherman, who could be good but wasn't this time) is plodding.


All in all, it’s a pretty low-grade Western and only just staggers to a two-revolver rating. If it hadn't been for Will Geer it would have got one.


There is one thing: the barman is called Boozer. And his real name is almost as good: Parley Baer. 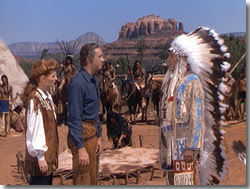