This ‘comedy’ Western stars Gene Wilder as a bumbling rabbi from Poland, crossing America to get to the West, falling in with a bank robber called Tommy and getting into various adventures.


Gene Wilder comes from the school of comedy that believes that if you wear a big beard and shout a lot, it will be funny. 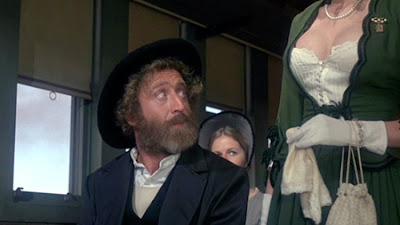 Hilarious. Not.
Harrison Ford, as the bank robber, must now cringe with embarrassment. He probably gets cold sweats at the very idea of watching this movie. 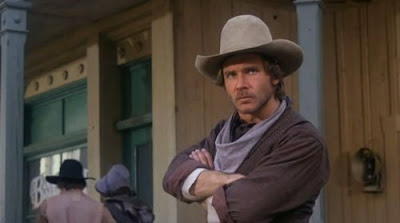 Embarrassingly bad
It was directed by Robert Aldrich. OK, Aldrich did some pretty poor Westerns, like 4 for Texas or Vera Cruz, but he also made the excellent Ulzana’s Raid so he was capable of making a good film. What on earth was he playing at here? He certainly knew little or nothing about comedy.


The screenplay was by TV writers Michael Elias and Frank Shaw. They flopped dismally. 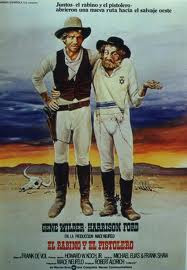 Offhand, I can't think of a worse 'comedy' Western
You would be a lot better off with the 1935 black & white B-Western Frisco Kid with James Cagney. It’s dire but it’s ten times better than this one.


This one is toe-curlingly awful. Do not watch it, I implore you. It will leave you scarred.