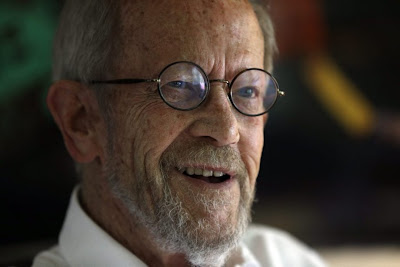 
Much as I love Leonard’s crime fiction, it is his Westerns that I re-read most often. He started with Westerns, partly, he said, because he liked Western movies and he wanted to sell to Hollywood, and partly because there was a market for them. He sold his first story, Trail of the Apache, in 1951. Western stories in magazines were still immensely popular in the early 50s and Leonard sold to pulp outlets such as Gunsmoke and Dime Western but increasingly also to more quality publications like Argosy or the Saturday Evening Post. 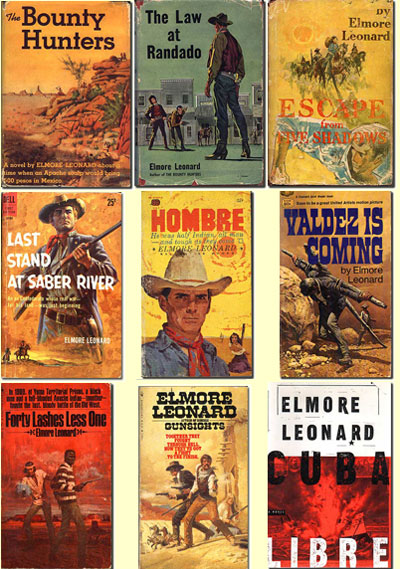 From http://www.elmoreleonard.com/
Leonard was self-deprecating about the authenticity of his Western writing. “I cribbed most of my research. I subscribed to Arizona Highways, a pictorial magazine … full or articles about the old west… I began to sound as if I knew what I was talking about.” In fact, his stories do ring true and the research he did, his deep knowledge of Western movies and his finely attuned ear for dialogue made his books gripping. Many were set in southern Arizona, an area I still today associate with him. Yet he was New Orleans-born and lived in Detroit.

In some ways Leonard bucked the trend because although Westerns were declining in popularity and the magazines no longer buying up stories, Hollywood did indeed take an interest in his writing. The Tall T, one of the series of excellent Randolph Scott Westerns directed by Budd Boetticher, was made in 1957 and the same year Columbia turned a 9000-word story of Leonard’s into 3:10 to Yuma, directed by Delmer Daves and starring Glenn Ford and Van Heflin. The movie took considerable liberties with the story but Leonard didn’t seem to mind. It is one of the best of all Western movies based on a Leonard story.


Leonard’s 1961 novel Hombre was filmed in 1967, directed by Martin Ritt and starring Paul Newman, another fine Western. His outstandingly good book Valdez is Coming (1970) was immediately made into an equally excellent movie of the same name by United Artists, starring Burt Lancaster. Leonard also wrote the screenplay for Joe Kidd, a 1972 film directed by John Sturges and starring Clint Eastwood. 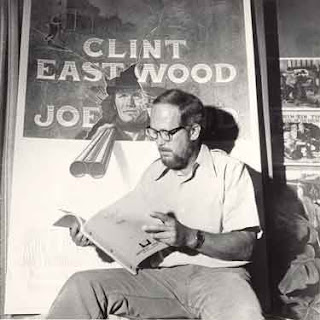 In 1980 Leonard wrote the High Noon sequel High Noon, Part II: The Return of Will Kane, not the greatest TV movie it must be said but not that bad either. In the late 1980s Leonard wrote Desperado for TV and four sequels. They starred Alex McArthur as Duell McCall. They are a bit ho-hum, to be honest.


In 1990 Law at Randado was made into the Turner movie Border Shootout, notable as being the great Glenn Ford’s last Western appearance. In 1997 Tom Selleck made an excellent version for TV of Last Stand at Saber River and in 2007, the fiftieth anniversary of the Delmer Daves 3:10 to Yuma, an energetic remake appeared starring Russell Crowe and Christian Bale.


So Leonard was involved in screen Westerns for most of his professional life.


I have referred before in this blog to the crossover between Western stories and hard-bitten crime novels. Think of Robert B Parker, author of the classic crime stories featuring the private eye Spenser, who also wrote the excellent Westerns about the gun-for-hire Marshal Virgil Cole and his deputy Everett Hitch (one of which was made into the first-class Western movie Appaloosa by Ed Harris). Leonard understood entirely the similarity. The central characters of his crime stories are often men with a fundamental sense of decency who sometimes break the law in order to combat the mean bad guys, like any Western hero, in order to stay alive in the badlands (of Detroit or Miami, usually). The crime story City Primeval was sub-titled High Noon in Detroit.


In 2001 Elmore Leonard published in the New York Times his slightly tongue-in-cheek but nevertheless salutary ‘Ten Rules of Writing’. They are fun and worth keeping in mind by any western writer (or blogger).


Never open a book with weather.
Avoid prologues.
Never use a verb other than "said" to carry dialogue.
Never use an adverb to modify the verb "said”…he admonished gravely.
Keep your exclamation points under control. You are allowed no more than two or three per 100,000 words of prose.
Never use the words "suddenly" or "all hell broke loose."
Use regional dialect, patois, sparingly.
Avoid detailed descriptions of characters.
Don't go into great detail describing places and things.
Try to leave out the part that readers tend to skip.


There still seems to be a silly notion, at least in intellectual circles, that Western fiction is not quite respectable. Anyone who thinks that should read a Western short story or novel by Elmore Leonard.
We’ll miss him.