Rimfire is a straight-down-the-line, black & white, low-budget Lippert B-Western that’s worth a watch. But not a Rolex. 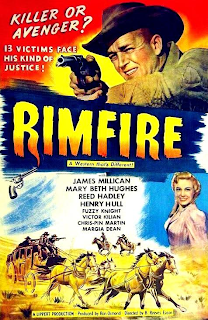 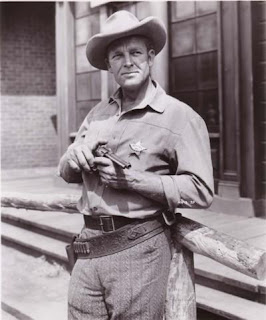 Promotion
It would be a boys’ Western were it not for the appalling trial - the judge (George Cleveland) ought to have been hanged - and the ensuing execution. Henry Hull does his by now standard ham act as bigoted and scornful newspaper editor “Nathaniel Greeley” (see Jesse James and sequel). Mary Beth Hughes is the dame, fresh from such triumphs as The Cowboy and the Blonde. Fuzzy Knight does his comic turn as ‘Porky Hodges’ and sings a not-bad Stack O’Lee at the saloon piano. 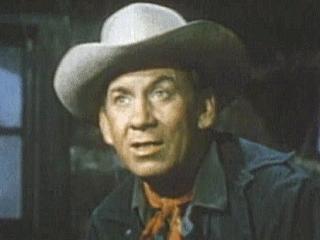 Fuzzy as Porky
It was Breezy Eason’s last feature film as director. B Reeves Eason was born in New York in 1886. As second unit director, he was famous for spectaculars: he used 42 cameras to film the remarkable chariot race in the 1925 silent Ben Hur (the race was filmed at what is now the intersection of LaCienega and Venice Boulevards in Los Angeles) and he also directed the burning of Atlanta in Gone with the Wind and the battle finale in They Died With Their Boots On (which made Errol Flynn – and not only Flynn - furious because of the number of horses killed). But he also directed, from 1915 on, many, many shorts, B-movies and serials, and was celebrated for never doing a retake, regardless of what blunders may have occurred (it was this which earned him the soubriquet Breezy). 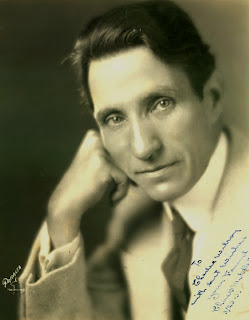 Breezy Eason
This picture is based on the German movie Strangler of the Swamp and has the same ‘ghost’ who kills the townsmen one by one.


The dialogue is pretty wooden and it’s delivered in the same way by most of the actors. The ‘Abilene Kid’ (Reed Hadley) was 38. The obligatory saloon fight has the usual speeded-up film. It’s all pretty tame stuff. It only lasts an hour. 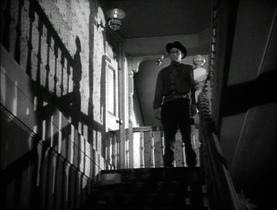 Attempt at noir
The killer had to be the editor, the judge or the sheriff. Which was it? I’m not telling you. You’ll have to hold your breath.