Conventional maybe but not dull

Audie Murphy was very modest about his 33 Westerns (34 if you count his Whispering Smith on TV) but actually he was good in them, and got better and better, and a few of them were really well produced and directed as well. 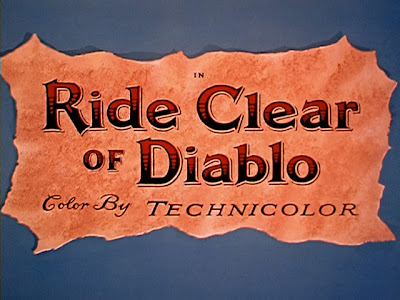 No Poverty Row programmer
Ride Clear of Diablo is tightly paced and well acted. It’s a revenge tale as Audie arrives in Santiago after being informed by his father’s lawyer Meredith (William Pullen, six B-Westerns and various Western TV shows) of his pappy’s death, murdered at the hands of rustlers. Being Audie, it’s not revenge he’s after in the sense of gunning the killers down in Main Street, still less bushwhacking them - perish the thought - it’s more arresting them and bringing them to trial. Naturally, the lawyer wearing a suit and all, he’s in on the rustling gang. He works with a crooked Sheriff Kenyon (were there any honest lawmen in B-Westerns? Yes, a few) Paul Birch, Mike Malone from Cannonball. This isn’t a spoiler, pards, because we are shown this crookedness in the first reel. The corrupt-sheriff role was crying out for Ray Teal and indeed Mr. Birch enters a Ray Teal Lookalike Contest - but comes second.

Sheriff Paul Birch trying to be Ray Teal
So there we have the set up for a pretty standard plot, but well done. The girls? Oh yes, of course. They are the sheriff’s pretty niece Laurie (Susan Cabot yet again; she was getting to be an Audie steady) and Abbe Lane as the sexy saloon singer. Being Audie, you may guess which one he finally marries. 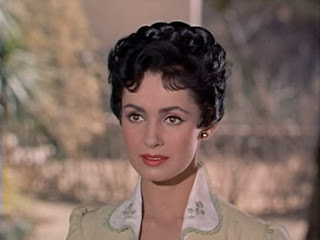 Lovely in that 50s way
So, what’s good or special about this film? Well, first we have a classic Dan Duryea as the laughing bandit Whitey. As doubtless you know, Duryea specialized in laughing and would give any passing hyena a good run for his money. Think of Along Came Jones, for example, which he cackled his way through with Gary Cooper in 1945 or his Waco Johnny Dean in Winchester ’73 with James Stewart in 1950 where he chuckled himself hoarse. 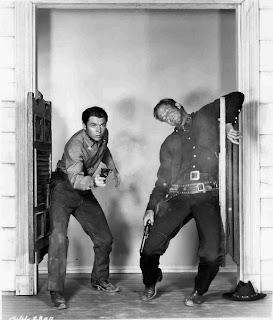 Don't overact, Dan!
Overact, moi?
There were those who accused Mr. Duryea of overacting.  Dan, overact? But you can’t help liking him and that laugh is a bit infectious. At one point you can see serious Audie on the set crease up a bit despite himself while Whitey is guffawing. Or maybe he was smiling wryly at having his scene stolen. 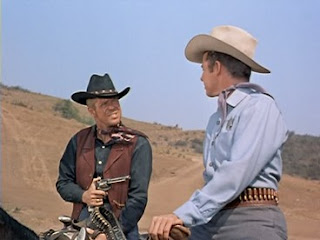 Duryea reprising his Waco Johnny Dean role
And then we have two stalwarts in minor roles, Denver Pyle as the clergyman (ha ha ha but he must have liked the idea because he put a dog collar on again in Shenandoah in 1965) and Jack Elam, properly cast as one of the evil murderous rustlers. This time Jack gets to survive and be nasty right up until the last reel. 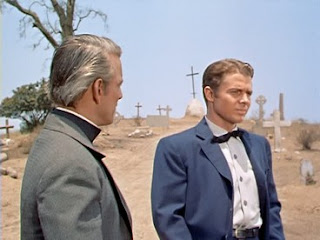 Rev Denver advises
George Zuckerman and DD Beauchamp the Great did the screenplay and the movie was helmed by Perry Mason director Jesse Hibbs who the following year was to direct Audie in his autobiographical To Hell and Back. This was Hibbs’s first Western in the director’s chair. He had been assistant director on Winchester ’73, Tomahawk and Cattle Drive to Anthony Mann, George Sherman and Kurt Neumann, so had evidently learned something. And indeed, the gallopin’, fist-fightin’ and shootin’ is well handled and well paced.


A lot was shot in the studio but there are also some nice Lone Pine locations photographed by Irving Glassberg. This wasn’t a Poverty Row programmer, far from it, though of course Universal budgets for B-Westerns were hardly eye-watering. There’s a classy Glassberg shot, a traveling pan (is it called?) as Audie and the reverend walk down from the cemetery hill discussing the morality of revenge. 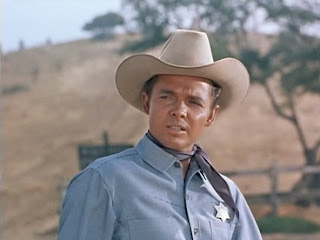 Gauche, naïf but steely
Murphy was so baby-faced and innocent looking that all the characters, especially the bad ones, think he won’t last a minute in a saloon gunfight but Audie has a certain steely look in his eyes and is quicker on the draw that anyone supposes (unusually so, one would have thought, for a railroad engineer) and keeps on coming back from impossible missions alive. The naïvety is heightened by the fact that we know in the opening sequence of the film who shot his daddy but poor Audie doesn’t catch on right till the end. The relationship between him and the Dan Duryea character is actually rather well done and develops subtly.


Ride Clear of Diablo is a highly enjoyabl Western. You should give it a go.