The Battle of Elderbush Gulch (Biograph, 1913)

In the year of the big blockbuster Western The Lone Ranger with Johnny Depp, let’s look back a century.


The Battle of Elderbush Gulch, a 29-minute two-reeler, was a wow before the First World War. People stood in line to see it, much as they are doing this month. 1913 was exactly ten years after the first real narrative film, The Great Train Robbery. Westerns had come a long way in a decade. It was full of intense excitement. Directed by DW Griffith, it shows the arrival of two young sisters, with puppies and a baby, at their uncles’ cabin on the frontier and how the cabin is attacked by Indians. 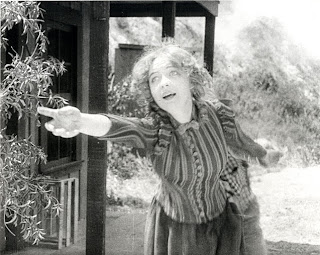 Dramatic stuff
Griffith was of course a pioneer of the Western. He made literally hundreds of films from The Adventures of Dollie in 1908 to Abraham Lincoln in 1930. He is said to be the founding father of editing and cutting and he was the first to use close-ups. His (today shockingly racist) The Birth of a Nation (1915) is often regarded as being also the birth of modern American cinema.  Huge numbers of his films still survive but are really only of historical interest. 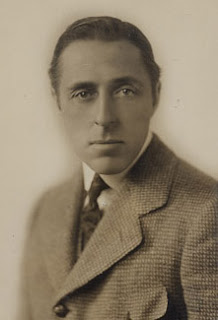 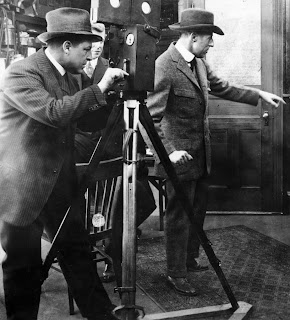 In the short span of the action of Elderbush Gulch, written by Griffith with Henry Albert Philips, puppies (they were almost obligatory in early Westerns) are saved from Indians who want to eat them, a baby is saved too (it’s Lillian Gish’s) and there is a great deal of (silent) shooting and gunsmoke.

The picture used what became the established cliché of the US Cavalry arriving at the last moment (Buffalo Bill had made much of it). To 1913 audiences, the fate of the settlers in the cabin as the Indians closed in was doubtless truly frightening and the arrival of the soldiers would have brought a cheer from the watchers. 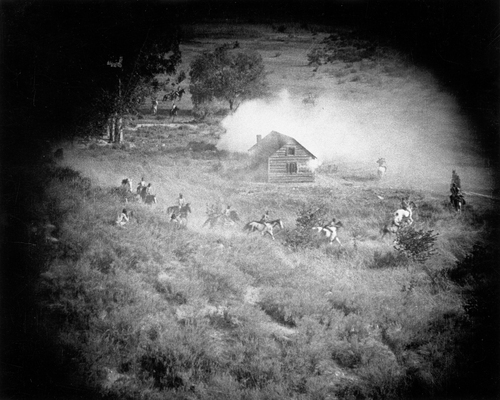 The Indians attack the cabin
It’s a very early film, so the action is all speeded up and the characters rush here and there. The Indians are portrayed as shockingly savage, (silently) whooping and whirling in their war dance and eating dog. In fact, in The Red Man’s View (1909) and Ramona (1910) Griffith tried to show Indians as noble and stood up for their rights but you wouldn’t think so judging by Elderbush Gulch. The poster was quite shocking for its day and shows what Indians would do to babies and suggests what they would do to their mothers. 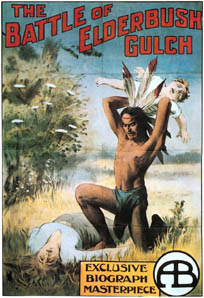 The poster shows what those Injuns would do if they caught you
The settlers are plucky and brave. A fellow courageously rides off to fetch the soldiers.


Lionel Barrymore and Harry Carey were in it, apparently but I didn't spot them. 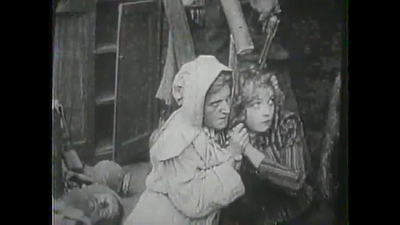 Kate Bruce and Lillian Gish cower. They were good at cowering.
The film is worth seeing as a landmark in the history of the Western (it’s in the public domain and a free download is available) but I don’t think you’ll be slotting it into your DVD player quite as often as you will The Lone Ranger. 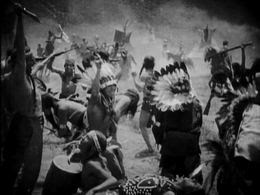 Boy, were those Indians fierce.