Plane stunts over the Grand Canyon

Tom Mix was 42 by the time he made Sky High and though at the height of his fame, he was already looking stocky. The movie is the greatest fun and a very good illustration of what cowboy films were becoming after William S Hart’s earnest authenticity gave way to flamboyant Hollywood antics. 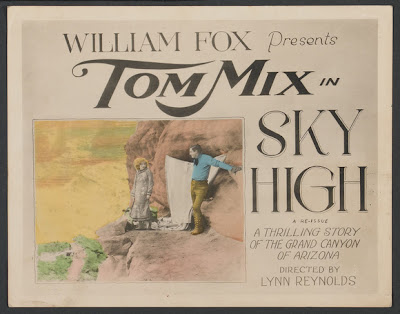 Nice poster
In this story Tom is Grant Newburg, Deputy Inspector of Immigration, who is patrolling Arizona to keep illegals at bay. Curiously, the border-jumpers from Mexico are Chinese, probably because anti-Chinese prejudice was still acceptable then. On one inter-title card, Tom’s boss, the inspector, tells him, “Two hundred chop suey-eating Chinamen will try to cross the border near Calexico without bothering to ask Uncle Sam. What’s more it’s suspected they’re smuggling jewels and laces!” The idea of Chinese people running lace across from Mexico into Arizona has a certain quaintness to us but evidently seemed quite a threat then. 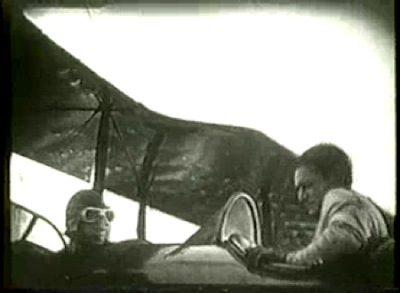 I think I'll get off here
The great thing about Sky High is that it is shot in and around the Grand Canyon. The area made, of course, a spectacular setting and even on the grainy print we see today, the photography (Benny Kline) is pretty spectacular. It is also an ideal setting for Tom to gallop along the rim and alternately shimmy up and abseil down in order to save and protect a maiden.  Westerns in the 20s had no complexes about period setting and were quite happy to include cars and planes, and the aerial shots in this movie are remarkable. Tom tells the pilot of his biplane to dive, then he slips down a rope and drops off into the Colorado River. 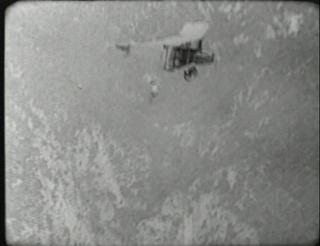 Tom's stunt
Eva Novak is the heroine to be rescued. She has come out West from a fashionable Chicago seminary all unawares of the activities as human trafficker of her guardian, the bad egg J Farrell MacDonald. She saves Tom when he is bound with his hands behind his back by the bad guys: she throws him a sardine can which he manages to open behind him and uses to cut his ropes. I can’t even open sardines from the front so that shows you how great Tom was. 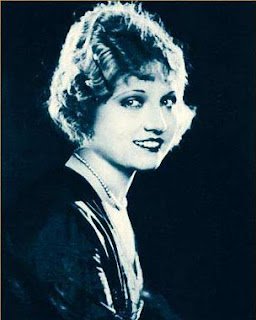 Eva
Sid Jordan is in it, of course, as the chief heavy. Sid (1889 – 1970) was a half-Cherokee from Muskogee and Tom’s great pal. They had been night marshals together in Dewey, Oklahoma. Sid was in many of Tom’s movies right from the early days. He was famous for his stunts – as was Tom himself, of course – as well as being Tom’s drinking and wenching companion in off-camera extra-mural activities. 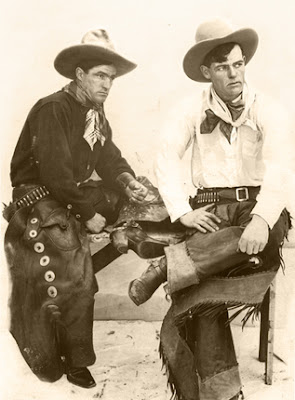 Tom and Sid
The movie was directed and written by Lynn Reynolds, who had acted in a couple of very early silent Westerns in 1913/14 but became a noted writer and director of them in the 1920s. He was to do Riders pf the Purple Sage with Tom later. He came to a rather dramatic end at a party in 1927.

Lynn Reynolds, died of GSW, 1927
Reynolds's story races along and all in all Sky High is a very good example of a Tom Mix silent.
Of course some of us harbor a sneaking idea that Tom Mix really was the greatest cowboy of them all.


And boy, you should see Tom’s hat. 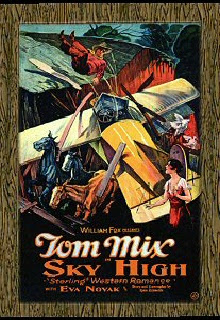