So many American Western stars went off to Europe in the late 1960s to make Italian Westerns. As cowboy film audiences declined in American movie theaters and the big studios made fewer and fewer, leaving the genre to TV, the so-called spaghetti westerns gave the genre a new lease of life. And those who had appeared in ‘proper’ Westerns in the 1950s and early 60s had a new chance to earn a buck (or a lira) or two and get their names back in the billings. 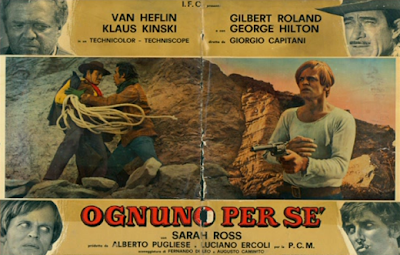 One of the ruthless four in each corner of the poster
Sadly, most of these films were total junk. Very badly written and with abysmal production values, they were usually caricatures of the Western. They were churned out in great numbers, like Poverty Row programmers in the 1950s, to capitalize on the brief flurry of interest before it died.


One such was The Ruthless Four about four men who were, yes, ruthless. Actually, to be fair, I have seen worse spaghettis than this one. For one thing, there’s proper orchestral music, some of it even semi-interesting, and not that ghastly whistling or people shouting ho-ho or that Morricone junk. It’s by Carlo Rustichelli, so five out of ten, Carlo. 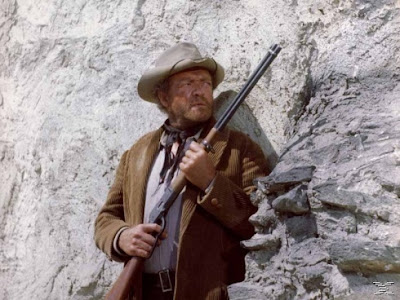 Van protecting his gold
Van Heflin, 58, and Gilbert Roland, 63, headline. They are supported by Klaus Kinski (24 such European Westerns, among which the only one that came close to being any good, A Bullet for the General) and ‘George Hilton’ (Jorge Hill Acosta y Lara, a Uruguayan, who did 22 of these pulp movies). The plot? Oh, it’s about Van finding gold in the Sierra Nevada (the Spanish one, obviously) and having to recruit partners to get the gold out and they are all, er, ruthless. 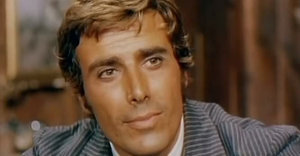 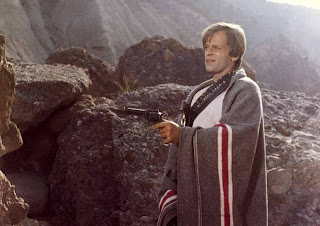 Klaus
There are two bad guys near the end who have Buntlines and take on Van and Gil who have Winchesters. Mistake.


The worst thing about it, really, is the poor direction by Giorgio Capitani. The pacing is plodding and sluggish. At times you really need to be a Western fan to get through to the end. It was Signor (or Monsieur, he was born in Paris) Capitani’s only Western. Maybe he would have got better with practice.