You might think that a Western with Elvis Presley in it would be a popular, ultra-commercial vehicle, just a showcase for a few songs. Love Me Tender, his first Western, four years before, was a bit more than that but not much. And later ‘Westerns’ were, frankly, pretty dire. In 1965 we had Elvis as the Panhandle Kid in a ‘comedy musical Western’ called, wait for it, Tickle Me. After that, Stay Away, Joe was just as awful in 1968 and his last oater was the American spaghetti Charro, in 1969, better than Tickle Me or Stay Away, Joe but that’s about all you can say. I’m afraid Elvis’s Western record is far from distinguished. 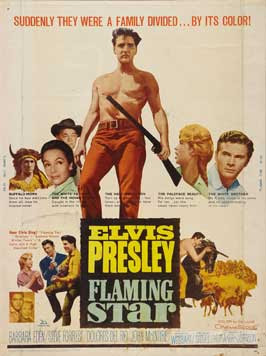 However, his very first one wasn’t half bad. In fact I think it’s rather good. And it showed that Elvis did in fact have some histrionic talent. Flaming Star is a taut, gritty Western with a lot to say about racism, bigotry and loyalty.


In what ways is it good?


Sam Burton (John McIntire) has a Kiowa wife (the great Dolores del Rio) and two sons, Steve Forrest (by a previous marriage so he is all ‘white’) and Elvis Presley, a ‘half-breed’. The Kiowas go to war, the Burtons try to remain neutral but can’t and we watch the family disintegrate before our eyes. The townspeople are bigoted but you can understand it. The Indians are enraged but you can understand it. It’s unusually nuanced and subtle. 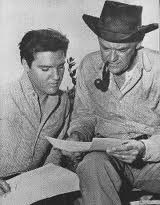 I have a lot of time for John McIntire. He was first class in Westerns. I must review his career in its McIntirety one day. For now, I would highlight his performances in Winchester ’73 as the creepy gun salesman, The Lawless Breed as John Wesley Hardin’s father (and uncle), his Al Sieber in Apache, his smiling-rogue judge in The Far Country and his brilliant docs in The Tin Star and The Gunfight at Dodge City. 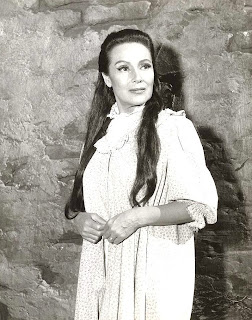 I also think Dolores Del Rio (or del Rio, it varied) was a most interesting and very beautiful woman. A hugely glamorous Hollywood figure of the 1920s, she became the shining star of Mexican cinema. You could compare her with Katy Jurado. She didn’t do many Westerns, more’s the pity. She did a silent Klondike picture in 1928, then a Leslie Fenton-directed B-movie with Wallace Beery in 1940, The Man from Dakota. Then came Flaming Star. And in 1964 she was quite wonderful as ‘Spanish Woman’ in John Ford’s not-so-wonderful Cheyenne Autumn. She was graceful, noble and powerful.


Apart from the title song, Elvis only gets to do one number (probably insisted upon by Col. Parker) and that is right at the beginning.


The script is intelligent and thought-provoking (Clair Huffaker and Nunnally Johnson from the Huffaker novel). The characters are very well developed. There is plenty of action. The music (Cyril J Mockridge) is a little ponderous and there are rather obvious orchestrations of ‘Indian’ music when the Kiowa appear but it’s quite gripping. A lot of the movie was filmed in Utah but the scenery makes an effective Texas. Charles G Clarke’s photography is good. 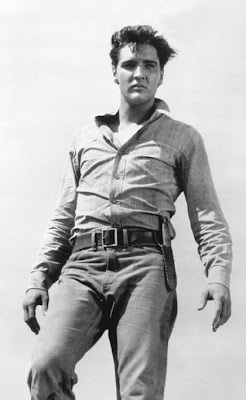 This film was powerfully directed by Don Siegel, although he might be accused of making the message too obvious at times, especially in the final scene.


It was originally planned for Marlon Brando and Frank Sinatra. I like it better this way.


Andy Warhol’s famous diptych of Elvis as cowboy came from a shot in this movie. 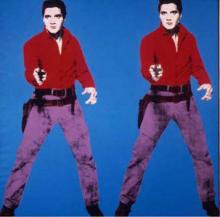 Don’t get me wrong, this is no truly great Western. If you want to see a really fine movie on such themes, you need to watch The Unforgiven or The Searchers. But neither is it a pot-boiler. It’s a well-produced, fast-paced motion picture with good acting, and it has something to say.


And Elvis is really rather good. 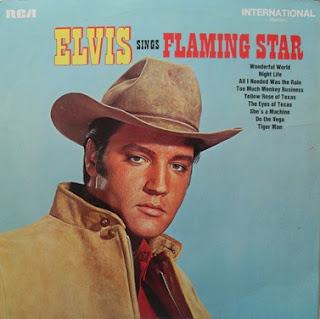