We have said on this blog that Kirk Douglas made Westerns of uneven quality but at least some of them were different or unusual. That’s true. Comedy Westerns are two-a-penny but The Villain, Kirk's last adventure in the saddle, attempted to be a Wile E. Coyote cartoon with live actors. The trouble is that ‘different’ isn’t enough if a movie is really bad, and The Villain is dreadful. 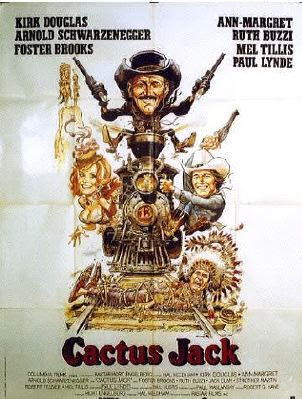 Some examples from the critics:


British Time Out: Having flopped in the States as The Villain, this abysmally unfunny comedy Western would need a lot more changed than just its title to even begin to fulfil its implicit promise as a live-action Roadrunner cartoon. Douglas mugs his way through a tedious routine of graceless, mistimed slapstick as his incompetent outlaw repeatedly fails to waylay the miscast Schwarzenegger and Ann-Margret, while director Needham … resorts to hackneyed camera trickery, and only stops the rot with a truly offensive resolution.


DVD Talk: Despite all the film's efforts to tickle your funny bone, you'll just sit there with your mouth hanging slightly open, a glazed expression plastered across your face. The Villain wants to be a hilarious slapstick poke at the western genre, but only preteens will find it of any value.


You’ll probably find this movie hilarious if you are eleven years old. Or actually, you won’t, not now, but you might have done if you had been eleven then. Nowadays, audiences of whatever age will yawn and change the channel. 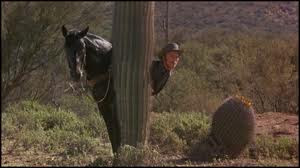 It probably deserved acting of the quality that Ann Margret and Arnold Schwarzenegger could bring to it. They were both always utterly third rate players and they fit right in. 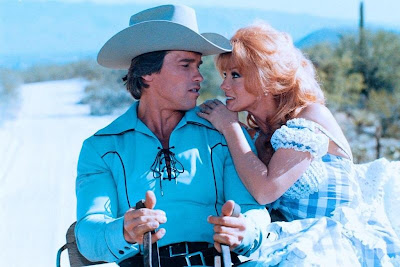 Strother Martin has a bit part but even he can't help.

Comedy Westerns are great if you get the joke but are tiresome if you aren’t into that sort of humor and I’m afraid I myself am in the second category. The whole show depends on the pratfall. Well, OK, if you like that kind of thing. It’s harmless and if it amuses you, go ahead, dude. 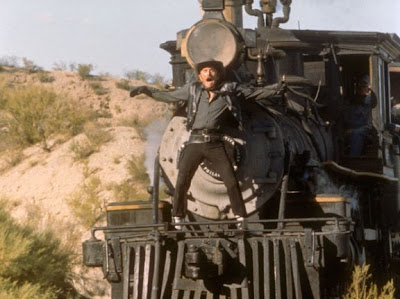