No worse than some other Westerns of 1966

It was always going to be risky remaking Stagecoach. Remaking any very famous Western, come to that. You’re going to attract some flak. Comparisons, invidious or not, are going to be made.


Still, it’s the third Maltese Falcon that we all love and remember and no one blames a theatrical company for putting on another performance of Hamlet. A theater director has a right to her or his interpretation, so why not a movie one? And Stagecoach was a kind of Western Hamlet, by which I mean that in many people’s eyes it is the example of the genre. So Fox had a perfect right to remake it. CBS did Stagecoach yet again, for TV, in 1986. In '66 there was a remake of The Plainsman too. 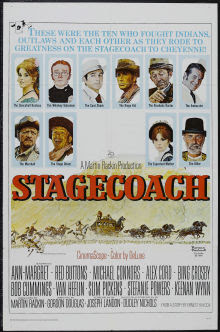 Hamlet?
And the 1966 Stagecoach did have some plus points. Bing Crosby was entertaining in the Millard Mitchell drunken doctor part (it was his last movie role). Slim Pickens was at least as good as Andy Devine as stage driver, if not better, and Van Heflin was stocky and solid in the George Bancroft marshal-cum-shotgun messenger role. Furthermore, there’s very good William H Clothier photography and it's in color. They have shifted the setting of the story from New Mexico to Wyoming, so they filmed it in Colorado. If you see what I mean. Anyway, there’s nice mountain scenery. 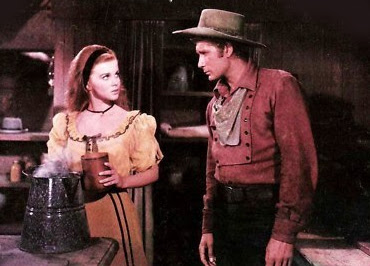 No magic
But (you could feel a ‘but’ coming, I bet) although Gordon Douglas was many things, he wasn’t John Ford. Douglas occasionally did something good - I am thinking of The Nevadan, Fort Dobbs, Rio Conchos and Barquero, all commercial Westerns, and especially The Fiend who Walked the West. But it is also true that many of his oaters were pretty routine stuff churned out maybe on-time and on-budget but without much inspiration. 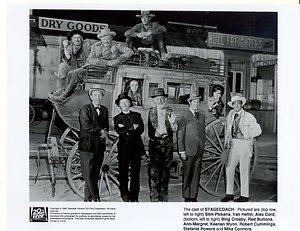 The cast
And then we had Ann-Margret as Dallas and Alex Cord as Ringo. Well, I want to be as polite as I can here but… They both just say their words and there is no magic between them. Mike Connors was also unconvincing as the Southern gambler Hatfield and Red Buttons as the whiskey drummer Peacock was a bit bland. Robert Cummings as Gatewood? He was a wisecracking, amiable TV personality and doesn’t carry off the sly, crooked banker at all. No, I’m afraid the cast just wasn’t up to it. Because it was such a straight remake, even re-using some of the dialogue, you are bound to think of their predecessors when they speak.
Ann-Margret may have been born in Sweden but she was no Greta Garbo and she has been dubbed “the female Elvis Presley”. In fact I remember her most for Viva Las Vegas, where both her talents were put to good use. At least Elvis was convincing in a Western (Flaming Star). Sixties starlets of limited thespian abilities should really have kept clear of stagecoaches. As for Mr. Cord, he’d done a couple of TV Westerns but was, honestly, utterly unmemorable. So with three exceptions, the casting let the film down, quite badly. 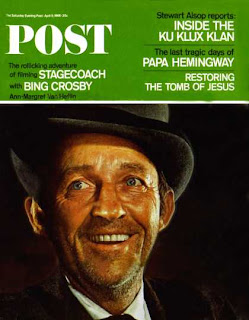 Bing
Douglas really went to town (but not Lordsburg) on the Indian attack. Crazy Horse had more braves than there were at the whole of Little Big Horn and he seemed able to suffer Gettysburg level losses. Lucky that the stagecoach passengers had an inexhaustible supply of ammunition. They had a thousand rounds each about their persons and were all crack shots, able to shoot a man on a galloping horse at 100 yards from a careening stage. With a revolver.


The shoot-out (in Cheyenne) has also been opened out into a grandstand gunfight in a saloon but actually it is less exciting and dramatic than the original.


If you don’t compare it with John Ford’s, Stagecoach was no worse than many Westerns of 1966. That was the year of the first spaghettis and The Rare Breed, after all, which were about as low as you could sink. But it wasn’t much better either. 1966 was also the year of The Professionals, for example, and A Big Hand for the Little Lady and Alvarez Kelly, all quite good in their way. The new Stagecoach was a sort of Sixties disaster movie set in the West. It was better than the 1986 one anyway (a country singer showcase). But if you really wanted a good stagecoach movie to follow on from Ford, then you should have waited till the year after, 1967, and paid for a ticket to Fox's much better Hombre. 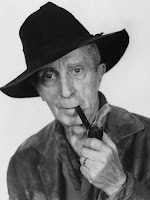 Norman
The best thing about the film is that Norman Rockwell, who also played a townsman, painted some wonderful portraits of the actors which are shown over the end credits and were used on some of the posters. Mr. Heflin, in particular, should have been thrilled and I hope he had the original in pride of place in his house. 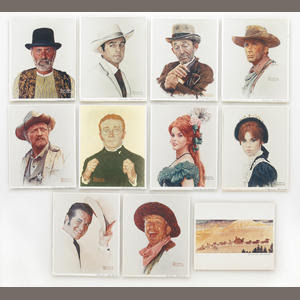 The cast, by Norman
Posted by Jeff Arnold's West at 9:15 AM