The Westerns of William Holden 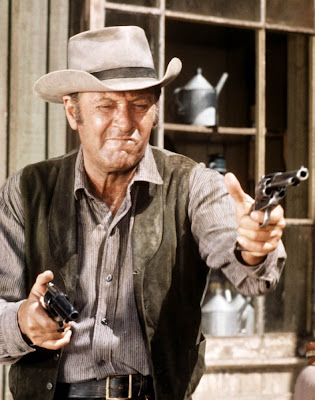 But this was really for non-Western movies. Sunset Boulevard, Stalag 17 and Network would probably be the first films that came to mind if you asked most people about Holden. Maybe The Bridge on the River Kwai.


Yet for me he remains one of the best Western actors of them all. Not that he made many. He only did two in the 1950s, the golden age of the genre, and only eleven in all. But he was always absolutely excellent in them. A good Western hero needs to be tough, a bit of a loner, self-reliant, knowing, brave, decent. Holden came across as all these. Maybe also a love of danger helps. Holden said, “I don't really know why, but danger has always been an important thing in my life - to see how far I could lean without falling, how fast I could go without cracking up.” 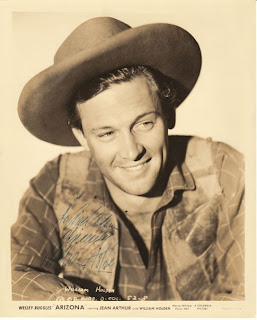 William Holden started as a young half-contract player with Columbia doing two cheerful black & white Westerns named for states, Arizona (all live links to his Westerns in the list at the end) in 1940 and Texas  in 1941. In Arizona he played opposite an excellent Jean Arthur and Texas he did with his great pal Glenn Ford. They are fun movies and Holden was very good in them.

He said, however, that he did not want to be typed in “Smiling Jack” roles and he wasn’t, at least as far as Westerns were concerned. He starred in three in the post-War period, the excellent, noirish The Man from Colorado  in 1948, again with Glenn Ford; Rachel and the Stranger, an interesting 1948 love-triangle picture with Robert Mitchum and Holden both after Loretta Young; and a picture which grows on you, Paramount’s Streets of Laredo in 1949, a color remake of their 1936 The Texas Rangers, with Holden taking the Fred MacMurray part.


After a pause, in the 1950s came the superb John Sturges-directed Escape from Fort Bravo, a hard cavalry Western shot in Death Valley, then in 1959 John Ford’s The Horse Soldiers with John Wayne - certainly not John Ford's greatest work but Holden as the army surgeon was again excellent.


Four later Westerns completed his Western career: Alvarez Kelly, a Civil War drama with Richard Widmark in 1966; his greatest ever performance as Pike Bishop in Sam Peckinpah's The Wild Bunch in 1969; and two in the early 70s, the cult Wild Rovers and the more routine but still good The Revengers.


Of course these eleven pictures varied in quality; how could it be otherwise? But his own superb performances did not. They were uniformly excellent. 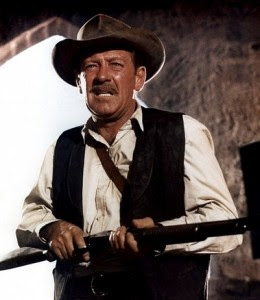 By clicking the links below you can read reviews of the eleven Westerns.