The Big Land (aka Stampede) was directed by Gordon Douglas, a workaday director of Westerns who would churn out unpretentious oaters to the orders of studios on time and on budget, and that made him popular. He had worked with Alan Ladd on The Iron Mistress in 1952 and in the same vein he did The Big Land in 1954. Every now and then, he did something a cut above the run-of-the-mill, every day stuff he was used to. Rio Conchos and Barquero were examples and, especially, the excellent Fort Dobbs. With The Big Land, however, he was knocking out a pretty routine Western. Ladd's own company, Jaguar, produced the film. 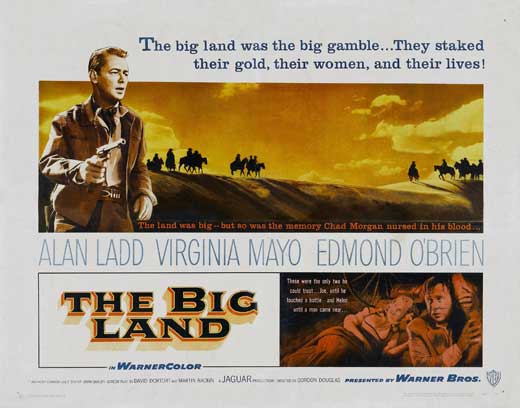 The Alan Ladd/Virginia Mayo combination in the lead weren’t what you would call startlingly good Western actors. Mayo had been Ladd’s love interest in The Iron Mistress too; in fact, in a play on words she, rather than the knife, had been kind of the iron mistress herself.  She wasn’t very good in Westerns. Edmond O’Brien (Denver and Rio Grande, Rio Conchos, The Wild Bunch) added weight, though.

Chief heavy Anthony Caruso, Ladd’s good friend in real life, was about the best. He was a real Western vet, starting as ‘Half-breed (uncredited)’ in North West Mounted Police in 1940 and graduating to three Alan Ladd Westerns (The Iron Mistress, Saskatchewan and Drum Beat), then appearing in almost every Western TV show you can name. Here he is villainous and if he overdoes it, well, at least it gives the picture a bit of needed zip. 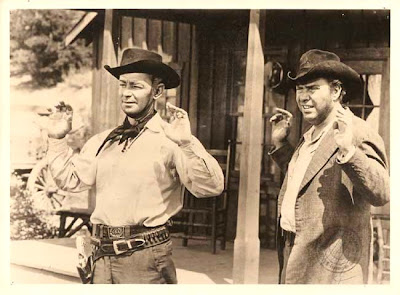 We are just after the Civil War and, as every Western fan knows, “the East needs beef.” Yup, it’s a cattle movie. Ex-Reb Chad Morgan (Ladd) drives two thousand head from Texas to the railhead in Missouri. So far, so unremarkable. Crooked cattle dealer Brog (Caruso), the only one with access to the railroad, offers an absurdly low price for the beef. There must be a way round this problem…


There is. Teaming up with alcoholic Joe Jagger (O’Brien), whom he has saved from lynching, they meet up with some farmers who can’t ship their wheat East either. In his sober past, Joe used to be an architect and they decide to build a town to attract a railroad spur.


Joe has a glamorous sister, Helen, a saloon gal (Virginia Mayo is rather an unlikely one). Her fiancé, Tom (Don Castle), just happens to be a railroad boss. Chad, in his spare time from stealing Helen away from Tom, gets together an alliance of farmers, cattle men and storekeepers and they set to work. But of course that won’t suit Brog at all and with no law around yet he has it easy. He arranges a stampede to crash into the new town. Our hero is obliged to strap on his guns again and reluctantly, a bit like Glenn Ford in The Violent Men, bring law ‘n’ order to the unruly situation. Luckily for the protein-starved Easterners. 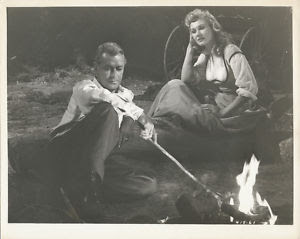 There have been a lot better cattle movies – major pictures like Red River in 1948 but also minor grippers like Vengeance Valley in ’51 – and there have been more convincing Western action men too. Alan Ladd couldn’t compete with John Wayne in the first or Lancaster in the second. Once again, Ladd’s good at the relationships and the romancing. Where he doesn’t convince is as the tough cattle boss or gunman sorting out Caruso.


Visually it’s not bad. The cinematography was by John F Seitz again: he’d done The Iron Mistress and Saskatchewan and would do two more later Ladd Westerns too. But there is an awful lot of sound-stage talking as well. 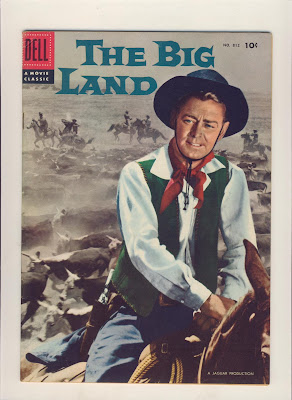 All in all, routine.