In 1969, after a series of less than glorious Westerns, Glenn Ford starred in his twenty-second, Smith! 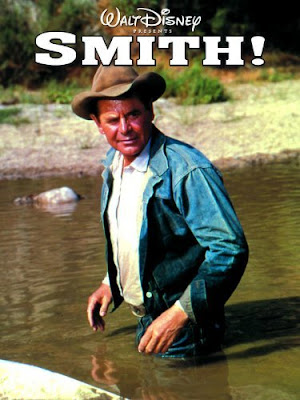 This children’s film is alright up to a point. It has an exclamation point in the title so one is immediately suspicious (there never was a good Western with a ! in its title; they have to add them to make the name of the picture more exciting but it’s always a doomed effort). Furthermore, it’s set in modern times. It’s directed by Michael O’Herlihy, of low-budget features and TV (he did I Married Wyatt Earp with Marie Osmond for NBC), and put out by Disney. I have nothing (much) against Disney and if this kind of mawkish family-friendly movie appeals to you, fine, go ahead.


Briefly, American Indian Gabriel Jimmyboy is accused of the murder of a man (a white man, you see) and takes refuge on the land of Smith (we never discover his first name and his nagging wife, played by Nancy Olson, who loves him really, calls him Smith). But Smith promises to help Jimmyboy if he gives himself up to the evil Sheriff Heber (Keenan Wynn), who has already made up his mind of the Indian’s guilt.
So there’s a court scene with Dean Jagger as the judge. Chief Dan George, always a delight to see, is Ol’ Antoine, who speaks up for Jimmyboy. Ol’ Antoine had raised Smith. Warren Oates in half a ton of brown make-up says “How”. Jay Silverheels is there too, as a heart-warming helpful farmer. That’s the trouble with the whole movie, actually. It’s heart-warming. 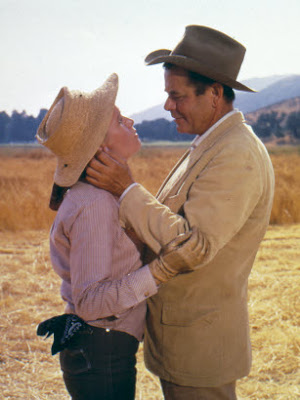 It’s a satisfactory adaptation of Paul St. Pierre's book Breaking Smith's Quarter Horse I suppose and it does have sound pro-American Indian credentials. But the direction is too slow-paced and watching it is a bit like wading through molasses. Glenn Ford is good (he always was) as the decent scoundrel and Wynn is a satisfactorily mean sheriff.