The Western career of Alan Ladd

Alan Ladd (1913 – 1964) was very well known as a Western star, notably of course because of Shane. In fact though, his Western career was relatively limited: he was in 13 Westerns in all.

He had a minor part as a ranch hand (blink and you’ll miss him) in The Light of Western Stars in 1940 and first had a Western lead part, alongside Robert Preston, in Whispering Smith in 1948, when he was 35. Then came Branded, not bad, in 1950, a Rudolph Maté picture, and Red Mountain, a Civil War drama, quite a gripper, in 1951. In early 1952 he starred as an unconvincing Jim Bowie in the Gordon Douglas-helmed The Iron Mistress before becoming world famous in one of the best-known Westerns of them all, Shane.


After Shane, there was nothing as remarkable. Ladd set up a production company, Jaguar, to make Westerns to cash in on the success of Shane. Raoul Walsh's Saskatchewan, released in March 1954, was a Canadian Western, if such a thing exists, and Drum Beat, Jaguar's first picture, released in November '54, was a kind of Delmer Daves follow-up to Broken Arrow, though not nearly as good. 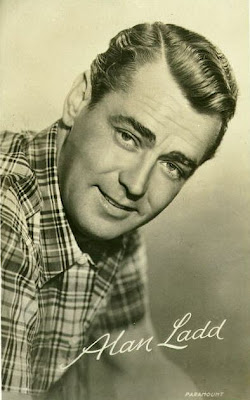 In the late 50s, we had in 1957 The Big Land, again with director Douglas and again, as in The Iron Mistress, paired with Virginia Mayo, a rather turgid big-budget plodder about Ladd building a frontier town, and his best late Western, Proud Rebel, in 1958, which he made with his young son David. There followed a so-so Western heist movie with Ernest Borgnine the same year, The Badlanders, again under Daves, and two late Westerns in 1960, Guns of the Timberland and One Foot in Hell, in which he did not look well at all.


So really Ladd’s Western career lasted little more than a decade from Whispering Smith to The Badlanders, 1948 – 58, with a PS of a couple of movies at the end of the 50s.


Nevertheless, Ladd was extremely famous: from 1948-1950, in a poll of movie fans organized by the Motion Picture Herald, he ranked number one. He was mobbed by (female) fans at guest appearances on network radio programs such as The Lux Radio Theater and in the 1940s his films grossed almost $55 million, big bucks in those days. His appearances in gangster movies in particular were greatly admired. And as far as Westerns were concerned, Shane put him (rather to his own surprise) right up there with the great cowboy actors.


As Ladd himself would have been the first to admit, he was never really cut out for such roles. Nicknamed 'Tiny' in his youth and standing at 5 foot 6 inches, he didn’t have the stature. His good looks were almost feminine rather than rugged and his blond coiffed hairstyle didn’t suit. He looked awkward in Western clothes – they were too obviously costumes, even rather camp. He seemed a gentle man at heart and was fine in Shane romancing Marian, dancing elegantly with the frontier woman and charming her with his good manners, but when it came to the quick-draw in the shooting lesson with Joey or fist-fighting in the saloon, he didn’t convince at all. 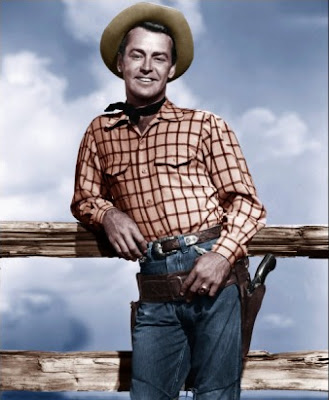 
I have always thought Shane a fine film but fatally flawed by Ladd’s performance. It needed Coop, Peck, Fonda or Wayne (who did something very similar the same year in Hondo). Someone gutsy yet quietly underplaying. Not that you don’t have sympathy for Alan Ladd. He comes across as a very nice man. Just not right as the lone, tough Western hero.


He was a rather sad person in many ways. Alcohol, depression and insomnia loomed large in his life. His mother was a depressive who had committed suicide by poison. He too may have attempted to kill himself. When he was asked in a 1961 interview, "What would you change about yourself if you could?" he replied brusquely, "Everything." He died aged only 50 of an acute overdose of "alcohol and three other drugs". 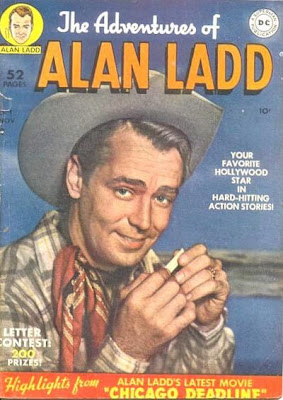