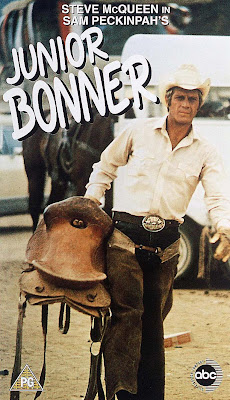 This lovely, sad, elegiac film reminds us of The Ballad of Cable Hogue in that it has the same feel of being past it, over the hill, in decline, and that feeling stinks.


At the same time there’s a rejoicing in it, even if it’s an ersatz West that is being celebrated. As Steve McQueen’s brother Joe Don Baker tells him, “You’re just some kind of motel cowboy.” But that’s better than not being a cowboy at all. 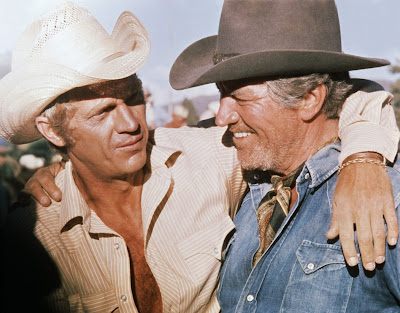 McQueen is called Junior Bonner because his initials are JR but also because he lives permanently in the shadow of his larger than life roguish father, Robert Preston, an outstanding performance. This is a film about many things but one of them is the father-son relationship. Preston’s estranged wife, Junior’s mother, movingly played by Ida Lupino (wonderful actress), understands her son truly, while her other son, Junior’s brother Curly (Joe Don Baker) is a speculator on the make who has bulldozed the family home for bucks. He has so little in common with Junior (and he has such an obnoxious wife, Mary Murphy) that the brothers come to blows. Yet it is Curly who supports the family. Jeb Rosebrook, the writer, and Peckinpah give even these characters a sympathetic treatment. We understand where they are coming from too. 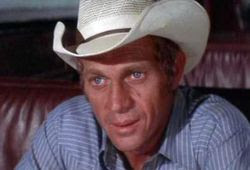 The movie is slow, gentle and touching. There are old West moments such as a saloon brawl, and the rodeo scenes are real as hell. The film seems at times a documentary about the 84th Prescott Frontier Days yet it is far more than that. It is a touching family drama and tells of the passing of the old times. It has a little in common with The Rounders but is more real, and sadder.


Junior’s father wants to go to Australia but this is not like the throw-away lines of James Garner in Support Your Local Sheriff: here Australia represents the dream of a future in which Ace Bonner can find the past again.


Junior’s white Cadillac is to die for, almost a key actor in the movie (as that beat-up red Ford was in Alfredo Garcia). Scott Brady had a Caddy too in Bronco Buster but of course that was a 1950 model. 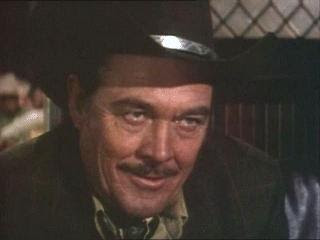 And it might have been McQueen’s best ever performance, this or Bullitt. Or maybe Tom Horn. Anyway, all the acting is fine. Peckinpah’s favorite cinematographer Lucien Ballard shot it. The Jerry Fielding music is right. The direction is perfect. It’s a poignant, melancholy piece with real quality and one of Peckinpah’s finest efforts.