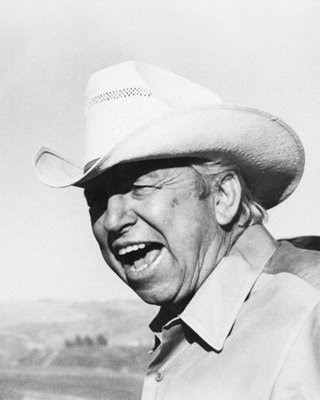 What a great Western actor Slim Pickens was.


Mr. Louis Burton Lindley Jr. (slim pickings were what were he expected from his rodeo and Western career so Slim Pickens became his name) was actually a Californian, born in Kingsburg in 1919. That Texan/Oklahoma drawl was developed, over the years. Yet this six-foot-three Californian became in some ways the quintessential cowboy.


And of course ‘Slim’ turned out to be rather ironic as a name.


I love Slim Pickens, and any Western he appears in (be it good, bad or indifferent) is improved by his presence.


Already by the age of 12 he was rodeoing. He became one of the great rodeo clowns, a dangerous and skillful profession at which he excelled. He appeared in his first Western (he was a natural) in 1950: Rocky Mountain, an Errol Flynn oater with Guinn Big Boy Williams, eminently forgettable.


His build and his voice and his sheer presence (what the Italians call presenza) secured him numerous other roles. 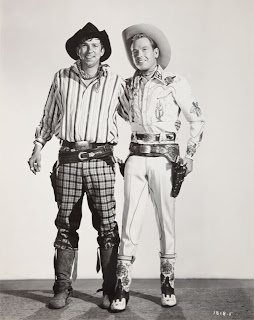 For a time he did the ‘comic sidekick’ (it seemed to be required) to Rex Allen - there was a whole series of these low-budget features. And of course he was a staple of TV Westerns, appearing in episodes of Gunsmoke, The Virginian, Bonanza, Wagon Train, Alias Smith and Jones, Maverick, you name it. But he matured into better things than that. He was truly great in “minor” roles in fine Western films. 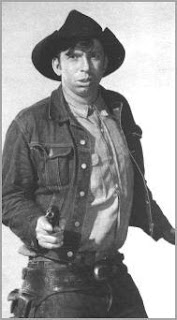 Of course many (most) people remember him as Major “King” Kong in Doctor Strangelove, and indeed he was magnificent in that, but I think of him above all as the Western character actor. ‘Character actor’ is not a demeaning term for me, au contraire. He never led, he never “starred”, but he always elevated any Western he was in. That’s quite a tribute.


I would highlight the following:


In The Outcast (Republic, 1954) you can see him relading a Winchester at full gallop; it's worth watching the movie just for that. He was one of the defenders of the Alamo in Republic's The Last Command the '55 and the same year he was John Payne's sidekickk in the wagon-train story Santa Fe Passage, also for Republic. In 1957 he was the stage driver (a drunken Yahoo) in the Joel McCrea oater Gunsight Ridge (UA). There weren' that mant actors who could handle a six-up stagecoach but Slim was one (Andy Devine was another), and Slim would prove this again in the 1966 remake of Stagecoach when he took the part Devine had had in the original. in 1970 Slim was also the stage driver in The Ballad of Cable Hogue (in which his brother, who used the name Easy Pickens, also appeared).

The Sheepman (MGM, 1958) was a lovely little Glenn Ford Western in which Slim was the marshal, a great little cameo though far too short, and he did the marshal or sheriff in various other pictures, notably Pat Garrett and Billy the Kid and Tom Horn. He was just right for that role, big, imposing, authoritative. He was a cowardly bully of a deputy in Marlon Brando's One-Eyed Jacks in 1961. He sure did lawmen.

Soldiers too. Also in '58 Slim was one of the soldiers along with Harry Carey Jr., Leo Gordon, Ken Curtis and Noah Beery Jr in UA's Escort West - what a great Army patrol that was! And he was a trooper in A Thunder of Drums (MGM, 1961).

He was also excellent in The Cowboys as the saloon owner who suggests that Wayne hire the schoolboys for his cattle drive, though he was sadly written out of that picture too soon. 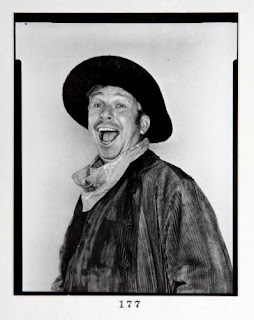 He is utterly hilarious in Blazing Saddles, that epitome of comedy Westerns. He was a great choice by the casting people and he acquitted himself with aplomb. It was in some ways a perfect role for an ex-rodeo clown with a long history of cowboy films. He had a wonderful gift for comedy.

If you count The Getaway as a Western, he was splendid in that too. Look also at Will Penny, Major Dundee or Rough Night in Jericho, you’ll see quality performances which enhance Westerns and fix them in your memory.


I talked about Tom Horn yesterday and I think that his part in the 1980 movie Tom Horn was very fine indeed. He comes across as a true Westerner, like Horn maybe of a bygone generation, but decent and duty-bound yet sympathetic to Horn. It was a fine, fine performance.


For me, however, the greatest of all his portrayals, ever, was as Katy Jurado’s husband in Pat Garrett and Billy the Kid. He is moving, powerful, authentic, any damn adjective you want.

Slim Pickens died from a brain tumor in 1983 but his films live on. 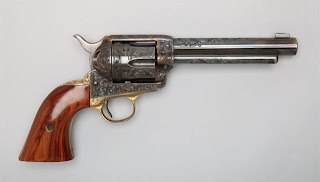