The 1970s’ contribution to the cinematic treatment of the Jesse James myth (every generation has to have one), The Great Northfield Minnesota Raid, had at least the advantage of limiting itself to the Northfield bank raid and not trying to recount the whole life of James and his confederates. As a result, dramatically it is of a piece and can attempt to develop character and situation.


Cole Younger, played by Cliff Robertson, is the leader and mastermind of the robbery (Robertson produced the movie) and Robert Duvall’s Jesse is relegated to the position of follower and imitator, sadistic and unintelligent. Cole is rather a nice man, fascinated by mechanics and of a poetic bent. “Ain’t that a wonderment!” he often says.


Actually, there is quite a lot to be said for the theory that Cole was the driving force behind this gang. He and Frank were older and more experienced (in both war and robbery) than Jesse. Jesse had a PR machine at his disposal, a powerful one, in the form of John Newman Edwards, aided and abetted by his own letters to the press, and he was promoted and promoted himself as the leader. But the facts seem to indicate otherwise. 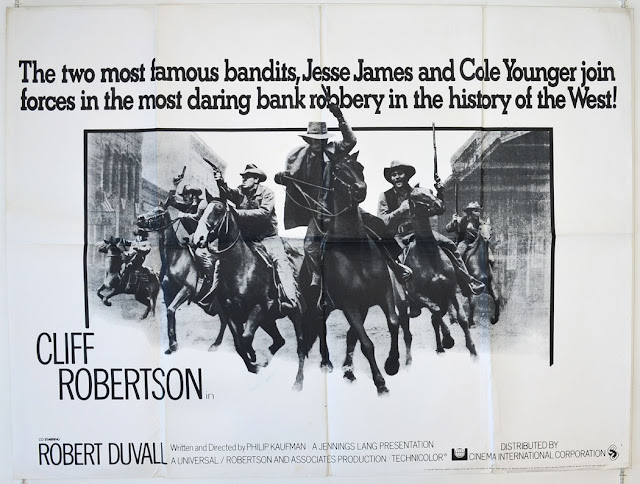 Many Jesse movies suggest different motives for the Northfield attack. It was Cole’s plan or it was Jesse’s. The gang were for it or against it. They did it because it was far away, because the bank owners were noted Northern sympathizers, and so on. This film tells us that it was Cole’s idea stolen by Jesse and then re-appropriated by Cole. Whatever. 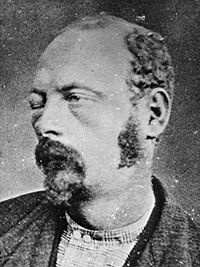 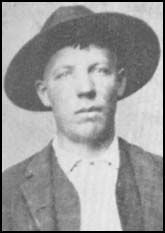 A younger Cole
The director and writer, Philip Kaufman, filled the movie with ‘advanced’ Victorian machines. A traction engine frightens the gang as it chuffs down the main street (it was to reappear in the next rendering, The Long Riders) and a calliope plays an important part. Its annoying music also harries us throughout the movie. Still, I do like Victorian gadgets in Westerns.


But the Butch Cassidy/M.A.S.H. baseball scene is too long and slapstick, as are the scenes in the bath house and brothel, and people shout too much. Allan Pinkerton (who spends most of the movie trying to get to Northfield and arrives only after the James boys have escaped and the Youngers captured) speaks exclusively in clichés. Perhaps this was deliberately mocking (we are in 70s post-modern Western territory by 1972 after all) but if so it doesn’t work. The robbery is not so much a raid as a complicated scam. 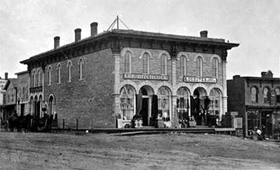 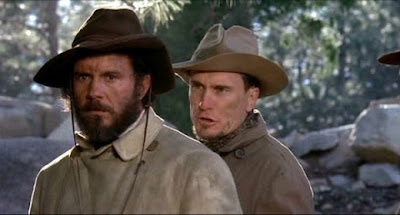 Cole and Jesse
This is the downside of Robertson and Kaufman limiting themselves to Northfield: they have to pad it out with inventions of this kind because there isn’t enough material for an hour and a half. Northfield usually takes up five minutes at most of a Jesse James movie.


Kaufman wrote for the Indiana Jones movies as well as The Outlaw Josey Wales (which he started directing) and directed films as diverse as The Right Stuff, The Unbearable Lightness of Being and the Marquis de Sade biopic Quills, and so we expect an original, interesting treatment and The Great Northfield... is that in some ways. It’s different at least. But it doesn’t quite come off. Sorry. 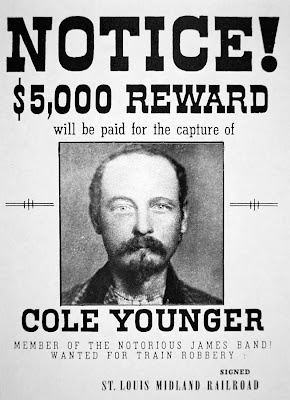 Capture, you notice, not "dead or alive"
There are some good performances, especially from Robertson, who manages to make the odious and distinctly vicious criminal Cole Younger quite amiable, and also from RG Armstrong (he was always so good) as Clell Miller, but mostly you can’t tell the gang members apart. That’s because the film is let down by the writing. Duvall was certainly miscast as Jesse. He was outstanding in a number of Westerns but he doesn’t carry this role off at all. John Pearce was a remarkably bland Frank. Fine Western character actors Elisha Cook Jr. and Royal Dano are wasted in tiny parts.


The photography is good because it’s by Bruce Surtees and it’s filmed in attractive though very unMinnesota-ish locations, notably Jacksonville, Oregon. The music (Dave Grusin) is too Bonnie and Clyde-ish a lot of the time, when it isn’t being annoyingly ‘comic’ (as in the baseball game) or that wretched steam organ.


Of course they go for the common lie, “Here’s where the true story of the Northfield raid began,” says the narration. It isn’t anything of the kind, of course. And naturally the absurd notion of the evil railroads justifying all the gang’s murder and thievery is trotted out yet again. “The railroads came swarming in to steal the land. Everywhere, men from the railroads were driving poor, defenseless families from their homes.” So it was alright to lynch, shoot and rob people, then. 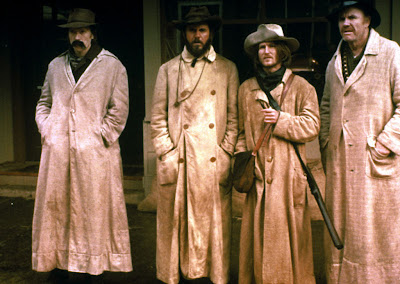 
It’s interesting that there was only one movie devoted to Jesse James in the 1970s and that not a hit. People were asking questions about the whole concept of the Western, indeed of ‘The West’. The simple, not to say simple-minded idea of a Robin Hood figure riding the range was beginning to seem at best implausible and really rather childish.


But myths have a life of their own, pards, and Hollywood would return to the story of Jesse James – as shall we!