Listen, pards, IMDb lists no fewer than 80 appearances by Jesse James in film and TV. I hope you don’t expect me to review them all for you.


Anyway, we haven’t done badly already and today you get to thrill to those exciting days of yesteryear as The Lone Ranger Rides Again!


In Jesse James Rides Again, a Republic 13-part serial of 1947, all sorts of crimes are laid at Jesse’s door so he determines to hit the trail to unmask the raiders and prove his innocence… It’s odd that he wants to unmask them because Jesse is so obviously the Lone Ranger without his mask, though his frock coat is rather better than the Lone Ranger’s tutu, it must be said. Anyway, it’s a children’s programmer. 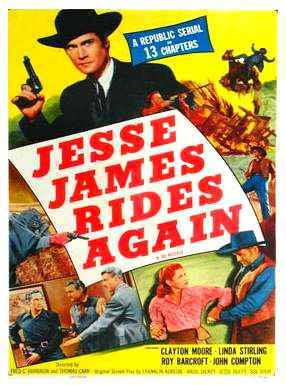 The actual serial is not available on YouTube as far as I can see but you can catch the trailer here (external link). The whole serial is available on amazon.


The serial follows the traditional cliff-hanger format. Jesse has reformed and wishes to settle down. But so many crimes are committed in his name (of which he is entirely innocent, natch) that he has to catch them durned bandits to clear his reputation. You get the idea. Jesse and his pal ‘Steve Lane’ (John Compton, colorless) wander the West where they defend homesteaders from cloaked and masked raiders.

It must be said that this Jesse is very Lone Rangeresque, ridin' the range and rightin’ the wrongs. 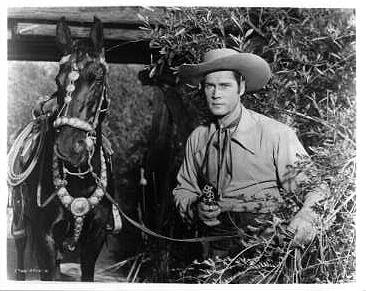 Linda Stirling was the love interest (for Steve) but she got pregnant and was written out round about episode 7. But I don’t think the boys who went avidly along to see the serial probably minded much.


There are the usual heavies and slick criminals. Lots of fights and chases, stuntman Tom Steele and team being kept pretty busy. There’s a Tennessee/riverboat thread to the plot. All good, clean fun.


Then soon after, in 1948, Clayton was back. Adventures of Frank and Jesse James is another Republic serial. 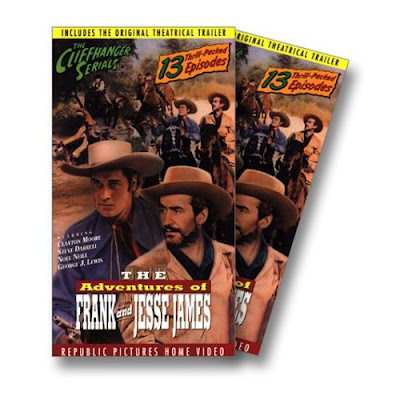 This one has Frank in it (Steve Darrell). Again it’s 13 fifteen- or twenty-minute episodes for boys to thrill to. It has the same plot: badmen are committing crimes and blackening the James boys’ spotless reputation. Frank and Jesse have to catch them and stop this naughtiness. There are collapsing mines, exploding bombs, and runaway coaches. 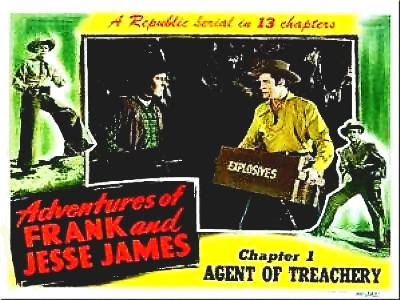 The trailer tells us that “the most fearless adventurers in the West join the forces of law and order to prevent desperadoes from committing crimes in their name”. And it assures us that “the screen explodes with exciting danger!” Bet you can’t wait. 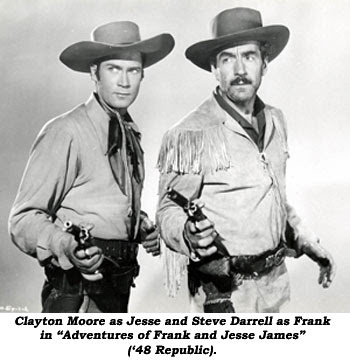 Soon after, TV gave us another Jesse in the shape of a young (and very good) Lee Van Cleef. In the Stories of the Century: Frank and Jesse James half-hour black and white episode, two detectives (goodies, this time), one male and one female (Jim Davis and Mary Castle) are on the trail of Jesse and Frank (Richard Travis). 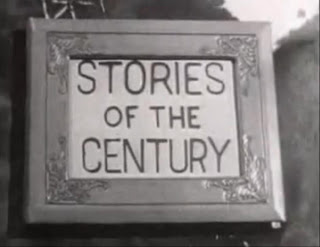 Actually, this is, by comparison anyway, slightly more historically accurate - no pretense at the innocence or saintliness of the James Gang anyway. Directed by William Witney and written by Maurice Tombragel, it goes for a semi-documentary style.

It was also quite big-budget for a short TV program. There’s a train and loads of riders, wagons and stunts, with a big shoot-out after a train robbery.


In another episode, Matt and Frankie, the railroad detectives, foil the Younger gang and Matt personally shoots the gang members in the Northfield hold-up, as well as playing a leading part in catching the Youngers in the subsequent shoort-out. Stirring stuff. Funny how Matt Clark captured every single outlaw there ever was.