What a spaghetti western ought to have been

Of course you can't really talk about 60s and 70s Westerns without discussing the spaghetti western. I droned on about them last June.
.
Those pulp movies have their fans (I am not one) and the films do have a curiosity value but like them or (more probably) loathe them, you have to admit that they did have an impact. In a process of reverse engineering, American Westerns took on the colors of Italian ones.
. 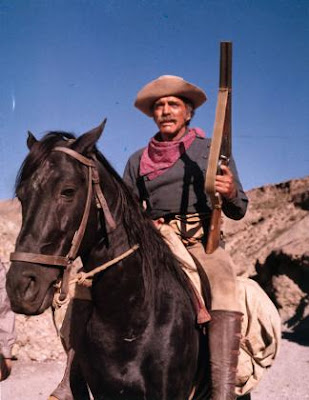 Valdez Is Coming is what a spaghetti western ought to have been. If only they had all been of this quality! It’s not really a spaghetti, of course, because it has quality acting, good directing and fine writing, all three alien to the spaghetti genre, but it was filmed in Spain (interiors in Madrid, exteriors in good old Almeria) and there are spaghetti-influenced moments.
.
Burt Lancaster is magnificent as the aging Mexican constable who unpacks his old Army scout equipment (a familiar scene to Western fans; Clint did it in Unforgiven and even Lee Marvin did it in Cat Ballou) and takes on the evil rancher Frank Tanner (Jon Cypher). The movie deals, as did another Elmore Leonard tale of three years earlier, Hombre, with themes of racism. The casual cruelty of the hounding and murder of an innocent black man, and then the dismissive attitude to the ‘greasers’ Valdez and his friends, both show the racist attitudes rooted deep in society. There is a bitterly humorous moment when Valdez talks to his friend Diego (the excellent Frank Silvera) mockingly about ‘good greasers’. 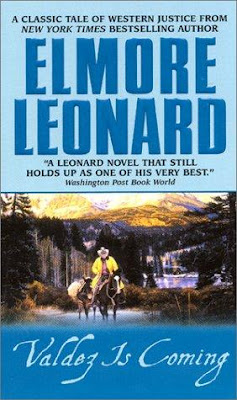 It’s a pursuit rather than a revenge tale (Valdez is out for simple justice, not to kill Tanner) but it’s more than that. Finely photographed by Gabor Pogany, it is visually beautiful and the Almerian mountains stand in well for Arizona where Valdez used to hunt Apache “before he knew better”.
.
Richard Jordan is a Billy the Kid-type figure, sadistic and stupid, who yet frees Valdez in a moment of compassion - or weakness. Barton Heyman is very good as Tanner’s long-haired Mexican foreman who has more guts and honor than his boss does. Susan Clark is Tanner’s lover kidnapped by Valdez who comes to despise Tanner. She has a late-60s look in her hair and clothes but acts very well. James Lemp looked good as a badman in his overcoat.
.
There’s a spaghetti-ish moment when Valdez shoots three heavies and we see a close-up of blooded faces grimacing, and some of the sound is too crudely dubbed on afterwards, but most of it is not spaghetti at all.

Sharps rifle fans will enjoy it.
.
Lancaster’s accent is a bit phony at times (“Hi take you back to town”) but all in all he does a marvelous job as the very sympathetic Valdez. The too-obvious symbolism of crucifixion doesn’t in the end distract from his heroism. It’s a movie about basic human dignity and the ending is very fine.
.
Directed by Edwin Sherin, his first feature film and only Western, written by Roland Kibbee and David Rayfiel from an Elmore Leonard novel, this movie is definitely one of the better offerings of the 1970s.