What a nasty man Bean was 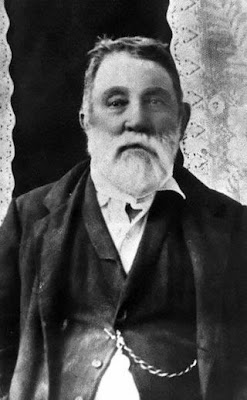 "Maybe this wasn't the way it was...it's the way it should have been," says an opening title of The Life and Times of Judge Roy Bean. Uh-oh.

.
Despite starring Paul Newman and being directed by John Huston, this picture was only average. After playing Billy the Kid and Butch Cassidy (he would later do Buffalo Bill), Newman went for another mythic Western role, this time that of the criminal ‘judge’ who described himself as the only law west of the Pecos, Phantly Roy Bean Jr (c 1825 – 1903).
.
Actually, Bean looked more like John Huston that he did Paul Newman. Never mind. Huston in fact appears in a bit part, as a wild mountain man, overacts in the dark for three minutes and then disappears. He was always good for a laugh.
.
Bean and his equally disreputable brother Sam fled from Chihuahua after killing a Mexican. He escaped from a prison in California and set up a saloon. He was nearly hanged by some Mexican friends of a man he had killed and was left with a crooked neck and rope burn (in the movie he gets this in Vinegaroon and it wears off after the first reel – well, you couldn’t expect Newman to act skew-necked all the way through). He smuggled cotton to British ships for the South in the war and ended up in a tent city he named Vinegaroon (welcoming name) on the Pecos river. He was in fact a properly-authorized justice of the peace, not self-appointed as many think.
.

He moved his saloon/courthouse a couple of times, finally squatting in a new place he named Langtry, after Lily, who didn’t resemble Ava Gardner much, but again, never mind.

Still, enough of the real-life Bean and his cinematic portrayals. We don’t watch Westerns for historical accuracy.
.

Dramatically, it’s quite hard to make a man who casually hangs people when drunk all that sympathetic. This version is played for laughs although some of these laughs are in bad taste and some fall flat. The ‘humor’ when Anthony Perkins narrates, for example, and says he then died of dysentery, is singularly unfunny. 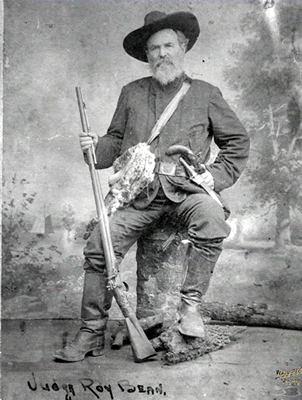 There’s an appalling song crooned by Andy Williams which was clearly modeled on the ‘Raindrops’ sequence which almost single-handedly sank Butch Cassidy and the Sundance Kid. It’s awful.
.
Jacqueline Bisset is Bean’s daughter Rose but her accent slips and is often more Weybridge, Surrey than Tex/Mex border. Stacey Keach as albino Bad Bob is totally over the top but fun. He gets a hole in him copied by The Quick and the Dead team.
.

Some of the Richard Moore photography is quite nice, although a lot is too dark to make out what's going on. Some of the Maurice Jarre music is irritatingly ‘comic’. At 121 minutes, the movie is too long.
.

I felt sorry for the poor tame bear.

The film's alright, you know. It has its moments. If you like burlesque. It has a kind of Götterdämmerung ending in fire and flames. See it, yes. But The Westerner in 1940 was better and Brennan’s Bean masterly. Newman’s OK, I guess, but…
.