So I needed to go to Laramie to see if this was true.

Coming over the high land from Cheyenne in mid-August, we had snow.


Laramie is now a university town in SE Wyoming, with a population of about 30,000. It is rather pleasant.

It grew in the nineteenth century when the Union Pacific crossed the Laramie River here. 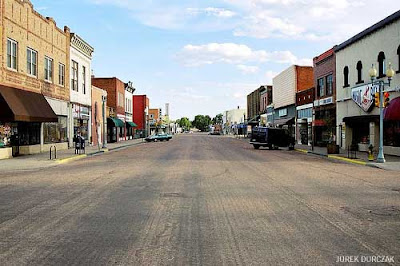 Spenser came from Laramie, of course. You know, Spenser the detective. Robert B Parker.

And it was about 12 miles from Laramie that the famed stage station lay. If you watched TV in the early 1960s you will know whereof I speak. If not, click the link. In fact, click the link anyway.
.
I was tempted in town by an excellent 1950s metal advertising panel in an ‘antique’ shop which showed a cowboy in one of those red John Wayne cavalry shirts (he looked very like Tyrone Power) with the slogan ‘Real cowboys smoke and drink’ but it cost $125 so I left it for the next sucker.


The Man from Laramie was also, of course, the last, best and most stirring of the long series of Westerns in which Anthony Mann directed James Stewart and one of the few not made by Universal. Click the link to read more about this fine movie. Although to be fair Will Lockhart came from Fort Laramie, which is different.

Excellent town, Laramie. I may have to live there. 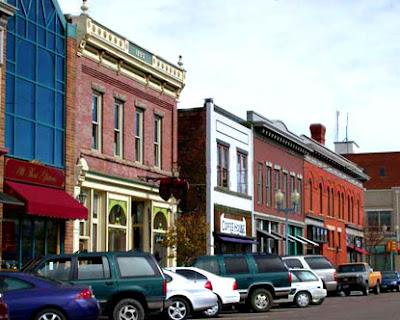