The Westerns of John Dehner

All links in this post are internal, i.e. they will take you to other reviews on this blog, unless explicitly stated.


What a voice! What a mustache! 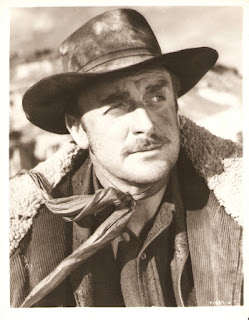 John Dehner (left) was one of the very best character actors in Westerns. He only led in one feature, topping the billing in Revolt at Fort Laramie in 1957,but he was present, and usually high up the cast list, in no fewer than 152 Westerns altogether, comprising 43 features and 109 episodes of Western TV shows, between 1946 and 1981. He was also a leading participant in the radio Western. It’s a great record.

The IMDb bio says of him that he was a “tall and distinguished looking man with a rich voice and somewhat flamboyant demeanor”.  I'll go along with that. His suave appearance (one of the best mustaches in the business) and craggy, instantly recognizable face (often with quizzically raised eyebrow), as well as great acting talent, made him an authoritative presence in our noble genre, above all through the 50s. He could play the goody well but for me he was supreme at the droll bad guy.

John Dehner Forkum was born in 1915 in Staten Island, NY. His father was an artist and John evidently inherited and learned some artistic skills. He was schooled in Paris, France, Norway and New York, studied art at the University of California and after working as a disc jockey, professional pianist and bandleader, he became an animator for Walt Disney in Burbank at the princely salary of $18 a week. He contributed to several classic feature sequences on Fantasia (1940) and Bambi (1942), as well as a few Donald Duck epics. He was a champion fencer and spoke four languages. 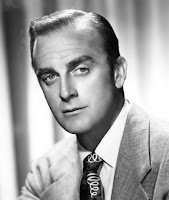 Almost unrecognizable without that 'tache

After leaving the Disney art department, Dehner did a stint as a public relations officer in the army during World War II and then returned to California as a radio announcer and news editor for stations KMBC and KFWB. He and his colleagues earned his radio station a Peabody Award for their coverage of the UN conference in San Francisco.

So you see John Dehner had a rich and varied career well before he took up acting. 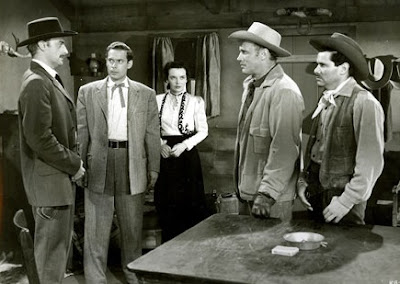 He started in Westerns in 1946 with smallish parts in Republic oaters with Monte Hale and Allan Lane, directed by the likes of Lesley Selander and RG Springsteen, moving on to Charles Starrett Durango Kid pictures. In 1951 he played a kind of Temple Houston character in Columbia’s Al Jennings of Oklahoma, trying to get the drop on Dan Duryea with a hidden gun but perishing in the attempt. Several pictures with George Montgomery followed, notably The Texas Rangers in 1951, in which he played the Texas killer John Wesley Hardin, rather duded up. He was Ringo (though Matt Ringo, not Johnny), in Montgomery’s Gun Belt (1953). It was an excellent start. 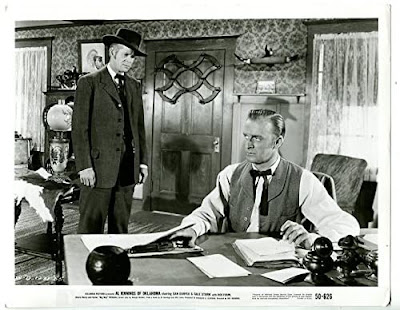 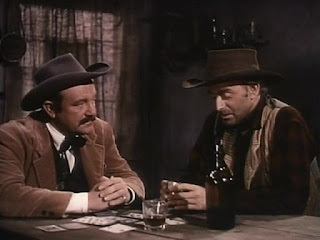 Also in 1953 Dehner was nicely cast as the crooked saloon owner in Fox’s kind-of remake of My Darling Clementine, Powder River, with Rory Calhoun. The following year he was the corrupt Indian Agent in Apache, and a really nasty bad guy in Southwest Passage. He was developing nicely as the villain. 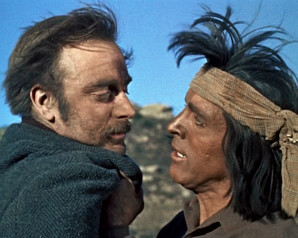 With Burt in Apache 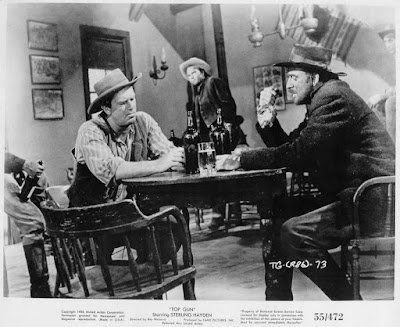 With Sterling Hayden, as outlaw Tom Quentin in Top Gun

Three more feature Westerns followed in ’56, including one of his best-ever bad-guy performances as Broderick Crawford’s henchman Taylor Swope in The Fastest Gun Alive – in fact he almost stole the show in that one – as well as A Day of Fury (slimy preacher) and Tension at Table Rock (ruthless cattleman). 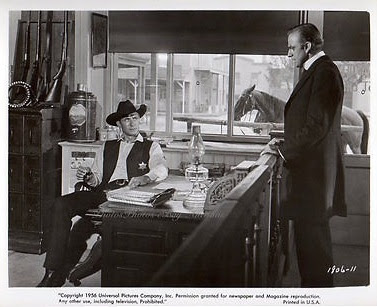 With Jock Mahoney in A Day of Fury

In 1957 he was excellently nasty in the very good Trooper Hook as Barbara Stanwyck’s husband who spurns her because she has been living with the Indians, rejecting her ‘half-breed’ child, and then he conveniently dies so that Joel McCrea and Stanwyck can get it together. He was also excellent as an alcoholic, cynical, laid-back attorney in The Iron Sheriff. 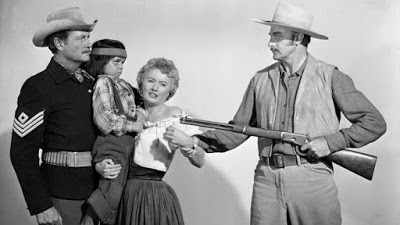 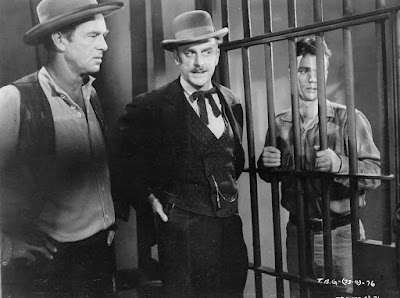 And this was the year he finally topped the billing, in Revolt at Fort Laramie, a Bel-Air production, in which he was back under the command of Lesley Selander. Dehner is a US Army major, out West in 1861 as the Civil War looms, and conflicted because he is a Virginian and his heart is with the Confederacy but he has taken an oath and his honor obliges him to, well, hold the fort. Actually, it was rather an uninspired Western but Dehner made it. 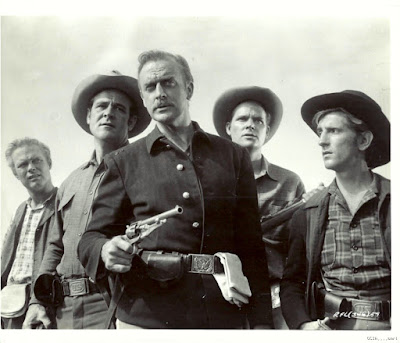 In command at Fort Laramie 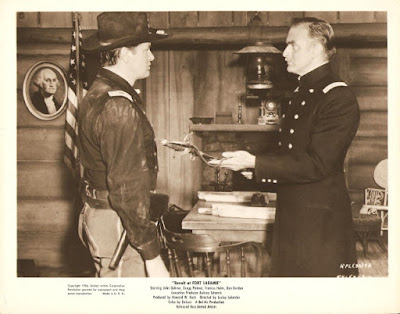 1958 was the year of The Left-Handed Gun, a Billy the Kid pic directed by Arthur Penn and starring Paul Newman, in which Dehner was Pat Garrett, and in fact one of the best Pat Garretts ever (I think). The same year he was Claude, the vicious thuggish nephew of outlaw Lee J Cobb, and cousin of Gary Cooper, in Anthony Mann’s Man of the West. Dehner was also the unworthy fiancé of Rory Calhoun’s former-amour in Apache Territory. Once again he will perish, making the hero morally free to renew the lovey-dovey. 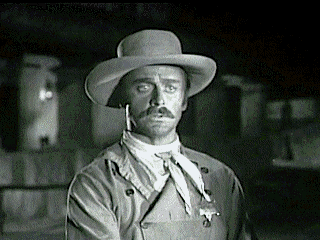 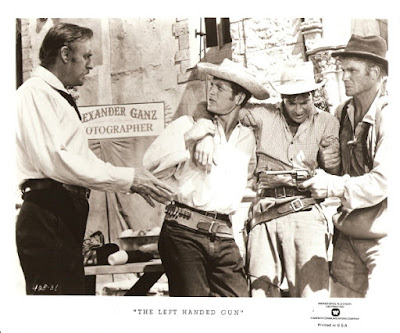 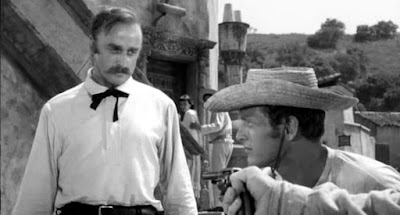 As Patt Garrett opposite Paul Newman's Billy the Kid

1958 was also the year in which Dehner was cast as Paladin in CBS’s radio version of Have Gun – Will Travel, which, unusually, started on TV and migrated to radio afterwards (it was more often the other way round). He would do 106 episodes, between November 23, 1958 and November 27, 1960. But before Have Gun Dehner was already an experienced radio Western hand. He figured in no fewer than 234 of the 480 episodes of Gunsmoke, which ran on CBS for nine seasons from 1952 to 1961. It is said that he auditioned more than once for the role of Matt Dillon, but this went to William Conrad. 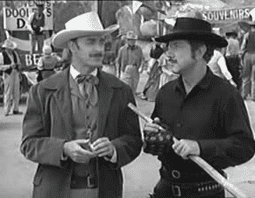 A brace of Paladins

Dehner was also featured in Fort Laramie, another CBS radio show that aired on Sunday afternoons from January to October 1956. Again he was considered for the lead part of Lee Quince but that went to a pre-Perry Mason Raymond Burr. Perhaps Dehner’s lead role in the movie Revolt at Fort Laramie was a kind of consolation prize, who knows. 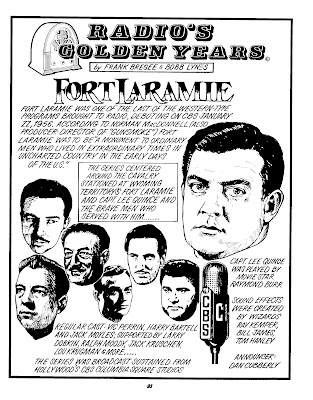 From February thru November 1958 Dehner was also the star of another CBS show. The intro announced: “Herewith, an Englishman's account of life and death in The West. As a reporter for The Times of London, he writes his colorful and unusual accounts. But as a man with a gun, he lives and becomes a part of the violent years in the new territories. Now, starring John Dehner, this is the story of JB Kendall, Frontier Gentleman.” Dehner’s accent is far from English but with e-nun-ci-ation he gets away with it. You can try an episode here if you wish (external link). 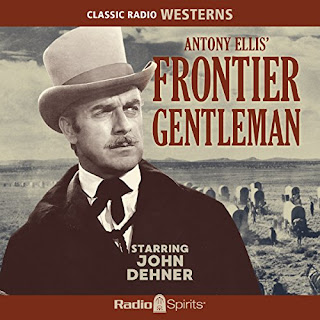 Dehner certainly had a great radio voice. Out of the 667 combined network episodes in the four CBS radio series Gunsmoke, Have Gun – Will Travel, Frontier Gentleman and Fort Laramie, he figured in an incredible 394 episodes – nearly 60% of the total. 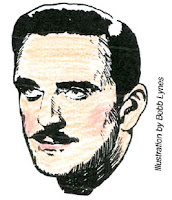 Back on the big screen, he was Audie Murpy ’s dad in Cast a Long Shadow in 1959, but Western roles were fewer and farther between in the 60s and 70s. He appeared in The Canadians (1961) and was the narrator on The Hallelujah Trail (1965). He had a small part in The Cheyenne Social Club in 1970 and the same year was in the dire Sinatra vehicle Dirty Dingus Magee (like The Canadians, a Burt Kennedy picture) as a senior Army officer. He was a colonel in the fun Support Your Local Gunfighter in 1971, and finished with a TV movie in which he co-starred with Denver Pyle, NBC’s Guardian of the Wilderness. 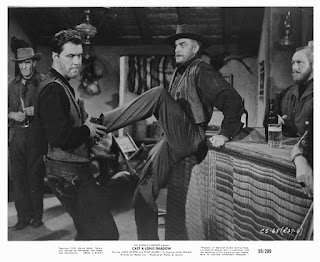 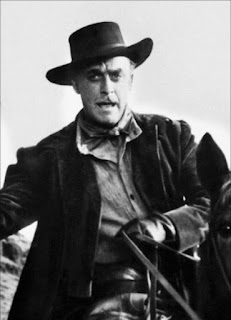 In fact he had been appearing on the small screen ever since an Adventures of Kit Carson episode in 1953, and from then on appeared in almost any TV show you care to name, often more than once. For example, he was in 12 episodes of Gunsmoke, 5 of Rawhide, 5 of Maverick, 4 of Tales of Wells Fargo, and 4 of The Rifleman. In The Westerner, Sam Peckinpah’s highly regarded series with Brian Keith, he was the colorful repeat character Burgundy Smith, another ‘juicy’ role. In 1967 he was ‘High Spade Johnny Dean’ (rather a combination name) in the TV remake of Winchester ’73. 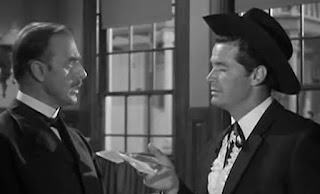 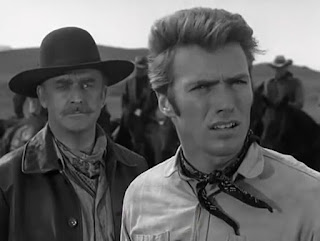 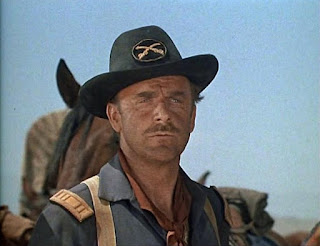 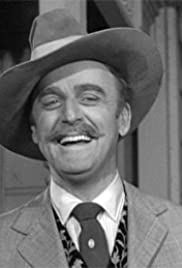 He would go on in non-Western roles all through the 1980s, dying from complications of emphysema and diabetes in 1992, at the age of 76. 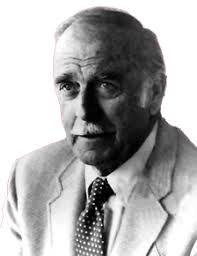 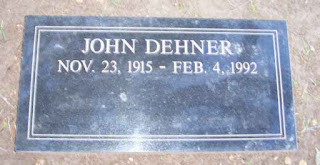 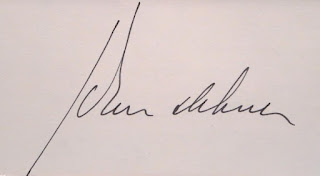