Every Western lover knows that besieged whites are not in danger once darkness falls, for Indians do not attack at night.

But is that right?

In Bullet for a Badman (1964) Sam Ward (Darren McGavin) reminds Logan Keliher (Audie Murphy) of how when they were Texas Rangers they were told that the Comanche did not attack at night, but then they did. Mmm, tricky. 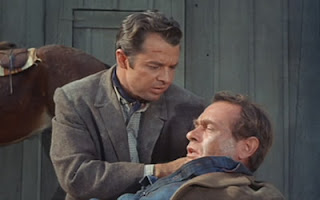 They fought Comanches together

But, as an article in The BFI Companion to the Western reminds us, this snippet of folklore was persistent in the West, or at least in Western movies. As late as Billy Two Hats (1974) it was still being used.

The reasoning is sometimes given us. In The Charge at Feather River (1953) it is explained that Indians believe that if they are killed at night it will always be dark in the happy hunting ground. In Winchester ’73 (1950) James Stewart says that Indians think that if they die when it’s dark the Great Spirit won’t be able to find their souls. 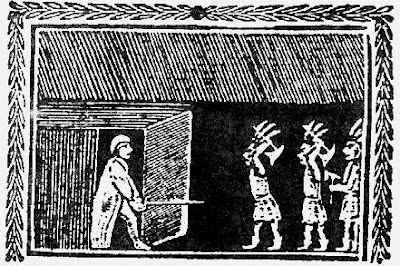 Sometimes a distinction is made between tribes. In The Law and Jake Wade (1958) we are told that “Apaches don’t attack at night. But they’re the only ones. These are Comanches.” Pity Darren and Audie didn’t know that.

One wonders if there is any truth at all to the notion that some Native Americans were reluctant to fight at night for superstitious reasons. Maybe there’s an American Indian reader who could tell us. One thing is certain: the Indians of unknown tribe who attack in Red River (1948), and the Seminoles in Distant Drums (1951) hadn’t heard this particular theory. Ditto the Indians in Bend of the River (1952). 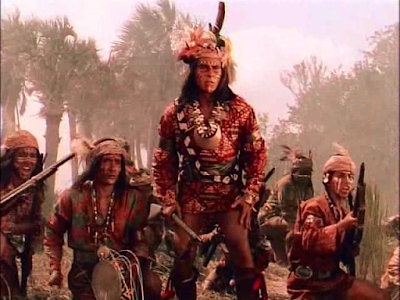 Seminoles apparently had no fear of nocturnal assaults

Buffalo Hump’s Comanches in the Great Raid of 1840 had no problem fighting at night. On historynet.com a writer tells us “Between 1850 and 1890, in fights for which the time of day was recorded, Indians attacked in broad daylight 110 times and at dawn 10 times. Likewise, during the same span the Army mounted 221 daylight attacks and 44 at dawn. The soldiers and Indians each made only six nighttime assaults. Both sides were apparently hesitant to chance entering the spirit world in darkness.” 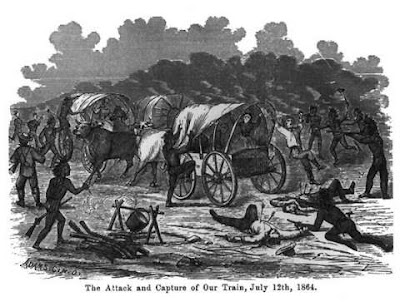 In 1864 there was a night-time attack by Indians on the Kelly-Larimer wagon train in Wyoming in which four whites were killed.

But in The Big Sky (1952) wily old Arthur Hunnicutt repeats the principle. The whites are safe till dawn. 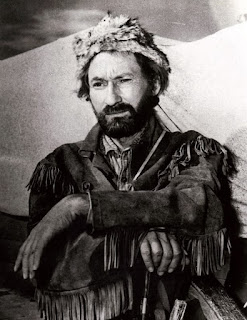