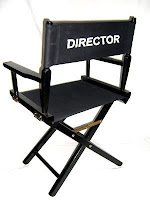 Next in our occasional series of Western movie directors is Republic’s Joe Kane.  Jasper Joseph Inman Kane (1894 to 1975) was a veritable veteran of the genre. He started as a bit-part actor in a silent Western in 1926 (as “cowhand – uncredited” but we've all got to start somewhere), wrote the story for two or three silent oaters, and moved into editing. He worked in that capacity for Mascot on 26 silent and talkie movies in the late 1920s and early 30s. 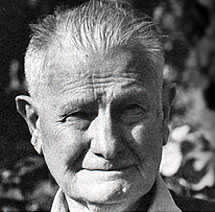 Joe Kane
He got his first crack at directing on a Ken Maynard Republic Western in 1934, sharing credit with David Howard, and ‘flew solo’ as a director of oaters with three Gene Autry pictures in 1935. 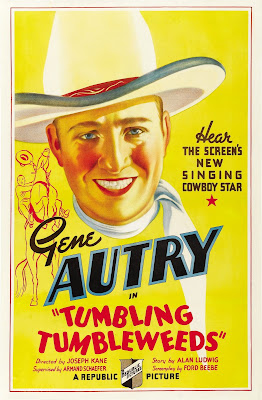 He directed Republic's new cowboy star Roy Rogers in Under Western Stars in 1938 and went on to do 41 other Rogers oaters through the 1940s, an extraordinary record. Try Shine On, Harvest Moon, Come On, Rangers!, Days of Jesse James, Billy the Kid Returns, or many others.

He became a completely reliable, if not always very inspired helmsman for Republic Westerns, a go-to for studio boss Herb Yates, who appreciated his capacity for turning in solid movies on time and on budget, and Kane stayed at Republic right through to the studio’s closure in 1958. Yates let him take credit as producer on pictures from 1939 onwards, including on some quite big movies such as Dakota and Flame of Barbary Coast when Yates was trying to cash in on John Wayne’s post-Stagecoach stardom. Joe was also second-unit director to Raoul Walsh on Republic's mega A-picture Dark Command. 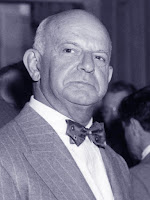 The boss liked him

He seems to have been a stolid character, not known for his flair or artistry but also no prima donna or mini-dictator, as so many directors were at the time. He just quietly got on with the job. Fellow Republic director William Witney (who also started in the cutting room) wrote, “Joe was a tall, gangly man who was very quiet and seemed to me to be shy. He had no sense of humor. He too stayed at Republic for the next twenty years, and when Republic folded he still didn’t have a sense of humor.”

Other commentators have not been quite so kind. Scott Eyman has written that Kane was “a man who made more than one hundred movies without an interesting shot to be found in any of them.” But I think that’s too harsh. The Plunderers (1948), San Antone (1953), Timberjack (1955) and Thunder Over Arizona (1956), to name a few, are actually quite well done (click the links for reviews).

Kane himself liked Westerns. "I like the outdoors. The horses. The cowboys. I like that.” Although of course he worked in other genres, he did more Westerns than any other kind of picture. When Republic closed he worked on a lot of Western TV shows, directing episodes of Bonanza, Rawhide, Cheyenne, Laramie, Broken Arrow, and more. Yates often cast his wife Vera Ralston in Republic movies. Kane was very stoical about it. He said, "She was always very cooperative, worked very hard, tried very hard. But you know, the public is a very funny thing. The public either accepts you or it doesn't, and there's nothing you can do about it. If they don't go for you, that's it."

No one is going to pretend that Joe Kane was John Ford or Howard Hawks. He was not such an artist, but then he was not such a tyrant either. He still contributed hugely to our noble genre, working in one capacity or another on 108 feature Westerns and 50 TV episodes, from 1926 to 1975. It’s a great record. A lot of those Roy Rogers and Gene Autry oaters were very well done, and he was responsible for some memorable Westerns with others stars. Try The Maverick Queen or The Road to Denver, for example. You won’t be disappointed. You won’t be flabbergasted either, but hey.