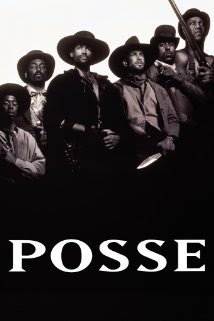 I went to see this Posse (no relation to the Kirk Douglas one; there’s no copyright on titles) when it came out. I was living in Italy at the time. New Western releases were quite a rarity then, and the title sounded encouraging. Plus, the movie’s promo material talked of redressing the balance as far as the portrayal of Afro-Americans in the West was concerned. I thought it was about time for a bit of that. It still is, actually. So off I went to see it.

It was a big disappointment. It turned out to be little more than a blaxploitation flick, rather outmoded by then, and as a Western, or indeed as a movie, it had little to recommend it.

I watched it again the other day, in order to write this review, and I am here to tell you that it has not improved on second viewing.

Also rather annoyingly, I ordered it on DVD but just after it arrived I noticed that it was now up on Amazon Prime, so I could have saved that money. It is very unlikely that I’ll watch it again, so that DVD purchase was a bit of a waste. I’m of a generation that hates waste. Perhaps it’s my Scottish blood, though this is unlikely because (a) I don’t have any and (b) that old pleasantry is rather infra-dig these days.

Posse was directed by and stars Mario Van Peebles, and Mr. Van Peebles was also “executive soundtrack album producer” (basically I think that means that he chose the music). The IMDb bio says that Van Peebles is “a highly regarded director, actor, producer and writer” though the website rather spoils the encomium by calling him Van Pebbles. 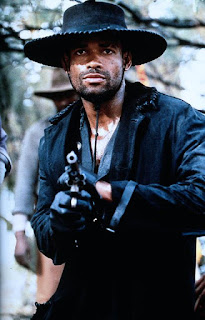 Mr. Van P. is apparently currently working on another picture, Outlaw Posse, now in pre-production, but I hope it will be better than this one. He also starred in Los Locos in 1997, which I haven’t seen, and had a cameo, as Jessie Lee (his character in Posse) in the 2003 epic Gang of Roses, which, ditto.

Mario’s dad Melvin is also in it, as old Papa Joe.

It opens in a Little Big Man way with an elderly Woody Strode, the grand old man of the black Western, in his penultimate movie, telling the story of what happened in them far off days after the Spanish-American War (Posse is set at the dawn of the twentieth century, though of course the guns and accoutrements are 1870s, as per usual). 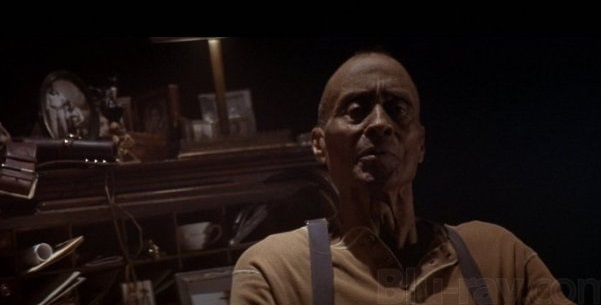 In Cuba, under the command of the more than half-crazed Colonel Graham (Billy Zane, billed last because the credits are in alphabetical order) brave and heroic fighter Jessie Lee (Van Peebles Jr) wins out despite bad command and they find some Spanish gold. Then there’s some business about getting it in coffins to New Orleans or something. There, jazz is in its first flowering, so we get some nice music. Later I thought I recognized a bit of Neville Brothers.

Enjoying himself in a cartoon villain role

African-Americans and Native Americans are shown as natural allies and brothers, having the cruel exploitative white man as common enemy. Right. Jessie and his band of veterans form a posse (amusingly, with a token white man) and go West, hotly pursued by the crazed colonel, who wants that loot, and the brothers melt down the doubloons or whatever they are into gold ingots – with some left over for gold bullets. Jessie shoots a sheriff. Suddenly they are in Monument Valley. Pam Grier and Isaac Hayes are in it but wasted as, essentially, extras.

Flashbacks now and then show us how cruelly Jessie was treated in his youth. A pastor (I think it was his daddy) is crucified on the front of his own church. 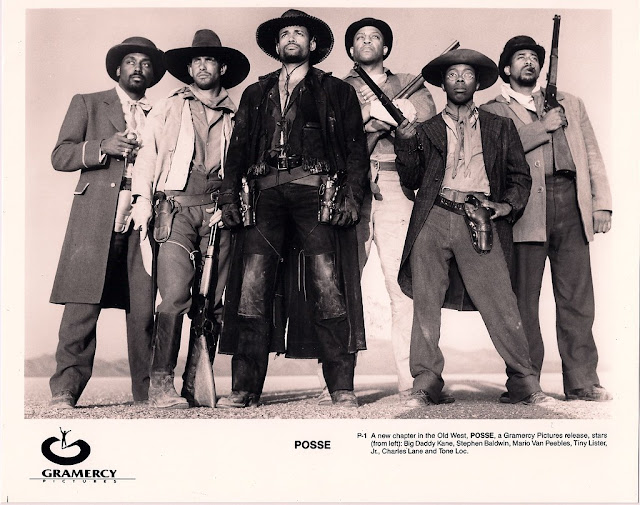 They reach a black township but the railroad is coming, so the whites want the blacks out. I don’t know if this the oldest Western plot there is but it’s certainly one of them. A Gatling gun features. The gold bullets come in handy. There’s a showdown, and you may guess whether it is Jessie Lee or the crazed colonel who wins.

If you need to know more you can watch it. I’ve got a spare DVD for sale.

Roger Ebert said, “This is an overdirected, overphotographed, overdone movie that is so distracted by its hectic, relentless style that the story line is rendered almost incoherent.” Ebert ends by saying, “Posse closes with solemn end titles concluding that white America mistreated its black citizens, then and now. We even learn what percentage of the national wealth is currently in African-American hands. I guess this sloganeering is an attempt to provide the film with a meaning that its story fails to deliver. If Van Peebles had cared a little more about his closing messages, he might have made a movie about them, instead of this self-indulgent exercise in overheated style.”

On the other hand, Rolling Stone said, “Posse is rousing entertainment directed by Van Peebles with a rare sense of purpose and mischief. He wants to tackle racism on the range, but he knows that when it comes to getting your attention, a sermon is no match for a hip-hop, party-on shoot ‘em up.”