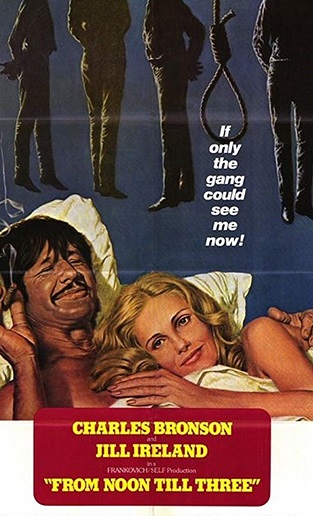 The basic premise is quite cute because it plays with the idea of legend and reality – particularly relevant to the Western. Bronson is Graham Dorsey, member of a scruffy outlaw gang about to rob a bank who dreams the raid will be a disaster and so contrives to get left behind while the other four crooks ride into town. The place he stays at, for three hours from twelve noon to three o’clock until the gang return with their loot, is the home of Amanda, a glamorous widow (played of course by Mrs. Bronson).

In those three short hours Graham and Amanda fall hopelessly in love. But it doesn’t end well. The bank raid does indeed go wrong, the gang members are captured or killed, and when Graham sets out (still in the evening dress he put on after a skinny dip) to rescue the failed robbers, who are about to be hanged – he only does this because she insists – he is chased by a large posse. 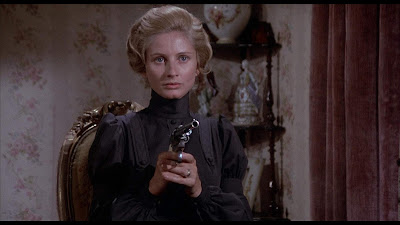 Their relationship doesn't start well but…

He manages to escape by changing clothes with an itinerant dentist (uncredited actor), and the tooth-yanker is mistaken for Graham and duly murdered, shot in the back by the posse, while Graham gets arrested for being a charlatan and sent to prison for a year.

While he is in jail, Amanda (who believes Graham is dead) and a writer cook the encounter up into a romantic tale which becomes a best-selling book, sold all over the world, and this spawns a hit song, a Broadway review and a thriving local tourist industry. In these, Graham is very tall and extremely handsome, so much so that when the real Graham (who is neither) is released and goes back to reclaim his lover, she refuses to accept him – she’d rather cling to the legend than the unromantic truth - and everyone he meets mocks the very idea that he could be the true Graham Dorsey, so much so that as he continues to claim that he is, he ends up in an insane asylum. 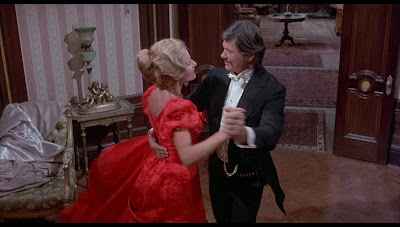 The trouble is that Bronson had a limited gift for the rom-com, and it all falls pretty flat. And it’s too long, and moves at the pace of a snail on Valium.

Still, it does have some points of interest. A couple of old-stagers were cast, Douglas Fowley as the gang boss Buck, incredibly in the 221st of 229 Western appearances (he still wasn’t done, and would return with Bronson in the dire The White Buffalo in 1977) and a 64-year-old Don ‘Red’ Barry, as Red, a stage robber who also won’t believe that Graham is who he claims to be, even though they rode together and knew each other well. 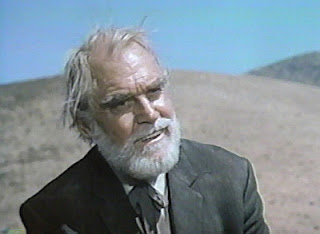 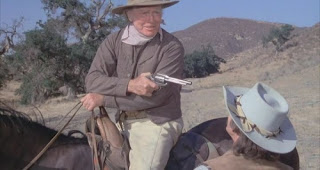 A further strong point is that it was the last of the Westerns photographed by the great Lucien Ballard. Pity he couldn’t have gone out with something better. Also, the music is by Elmer Bernstein and he himself appears as one of the songwriters who put words to Graham and Amanda’s tune (Bernstein wrote their song and Jill Ireland herself sang it on the soundtrack).

When you know the picture was directed by Frank D Gilroy, who also wrote the screenplay, from his own novel, well, you have to say he was one of the chief culprits. A Pulitzer-Prize-winning playwright he may have been but I don’t think Westerns were really his thing. He also worked on The Fastest Gun Alive and Gundown at Sandoval. As director he didn’t get the pacing right. Roger Ebert said, “The movie opens unsteadily and takes too long to close.” 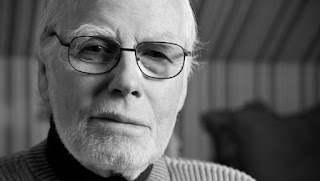 The producers described this movie as being "in the genre of Cat Ballou - only more sophisticated", which was as cheeky as it was wrong.

Bronson was far from the greatest ever Western actor. To be fair to him, he did a come a tad late to the genre, when good roles in good movies were few and far between. He had small parts in some well-known 1950s oaters, and of course he was one of  The Magnificent Seven in 1960, so respect,  but by the time he got to top the billing in the genre the glory had somewhat departed. Guns of Diablo in 1964 was pretty weak and Once Upon a Time in the West (1968) may be your thing but it’s not mine. 70s Westerns he led in were Red Sun, Chato’s Land, Chino and Breakheart Pass, and they were all pretty bad, while The White Buffalo (1977) was just awful. Fans of Bronson’s action movies were probably surprised at From Noon Till Three, rather as if, The Los Angeles Free Press reviewer wrote, Mae West had played a nun or John Wayne a homosexual.

Ms. Ireland appeared in four Westerns, all with her husband. Five if you call Robbery Under Arms a Western, though that was with a different husband (David McCallum).

Dennis Schwartz called From Noon Till Three “One of the most unappealing offbeat romantic/comedy Westerns ever” which seems a bit harsh.

But it isn’t very good.