The Lawbringers by Brian Garfield

I have been an admirer of the work of the late Brian Garfield (1939 to 2018), pictured left, for a long time. In particular, his fine book Western Films: A Complete Guide (Da Capo Press, New York, 1982) has been a vade mecum ever since it came out – and still is. But his many Western novels are also very good indeed, and thanks to the comment left by reader ‘Anonymous’ on my post about Burt Mossman and Augustine Chacon the other day (click the link for that and the comment) I just read on Kindle Garfield’s 1962 story The Lawbringers, which has Mossman and Chacon as its central characters. It tells in fictional form the story of cattleman and Arizona Ranger Burton C Mossman's single-minded pursuit and tracking down of the charismatic Mexican-Indian outlaw. Wonderful, isn’t it, how these days you can learn about a book, buy it and read it all on the same day and all in the comfort of your home. (I'm beginning to sound like a TV ad).

Garfield writes very well, as you probably know, and we are not talking about pulp fiction here. An experienced writer with a Masters in English, he exercised a literary control in his novels and created characters of complexity. His books are also well researched, though he is always clear that they are works of fiction, not fact, and he takes full advantage of the novelist’s right (or even duty) to put thoughts in his characters’ heads and ascribe motives. His very first novel was a Western (published when he was just eighteen) and he went on to write dozens more. He was a sometime president of the Western Writers of America. His 1971 book Gun Down was made into the Fox movie The Last Hard Men in 1976. He had been a ranch hand and was an expert on guns, and he was an Arizonan. So he was supremely well equipped to write about the leading outlaw and lawman of the latter days of the ‘Wild West’. He cites a biography of Mossman (I didn’t know there was one), Cap Mossman: Last of the Great Cowmen by Frazier Hunt (Hastings House, New York, 1951), which I see is available on amazon.com. 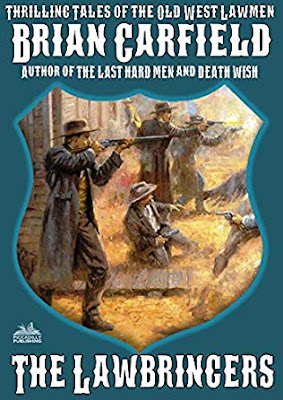 The story of The Lawbringers is limited in time to the period when Burt Mossman was captain of the new Arizona Rangers established by Territorial Governor Nathan O Murphy in 1901. It is concerned with Mossman’s almost monomaniacal quest to hunt down and bring in for trial the Mexican bandit. Several of the lead characters are real people, Mossman and Chacon, of course, but also Murphy, Judge Starr Williams and President of the Territorial Senate ES Ives, and these are sensitively drawn, though, as I have said, largely imagined. Other characters, such as the key actor in the first part of the book, Santee Smith, and Mossman’s lover (though she never gets really close to him) Ellen Drury, who presides over a roulette wheel in Bisbee, are entirely fictional. Santee, in particular, is enormously sympathetic. 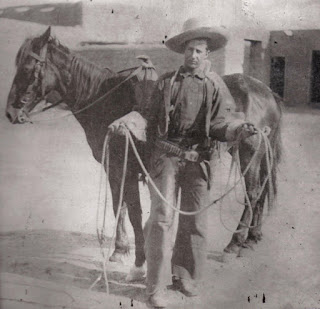 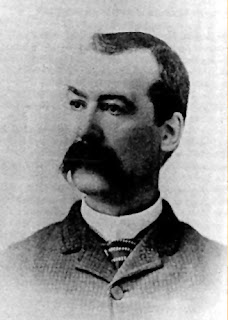 Mossman as Captain of Arizona Rangers 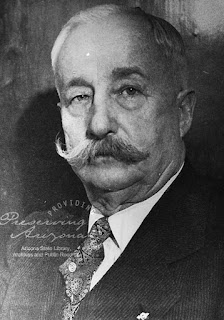 Several of the known exploits of Mossman – or at least what is believed to have been largely true – are described in the novel, such as his demolition of an outlaw lair by placing dynamite at each corner of their log cabin, then picking off the renegades as they fled, with rifles. Also the summary execution by hanging of one of Chacon’s lieutenants. It’s grisly stuff but it was Mossman’s uncompromising way. 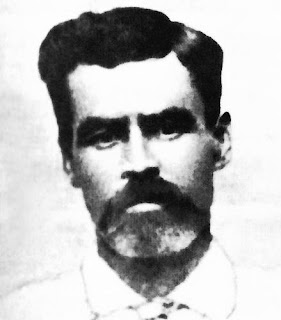 Of course ne’er-do-wells Burt Alvord and Billie Stiles, deputies turned robbers, figure largely too. They were the men who turned coat and sold Chacon out for the reward and the assurance of a more lenient sentence. 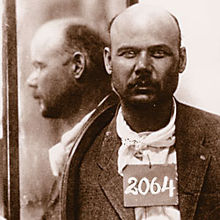 Garfield gives Chacon the name Augustin, without the usual final –e, which is probably more authentic, come to think about it.

As in Gun Down/The Last Hard Men, there is a strong whiff of ‘end of the West’ about this tale. As Garfield says in his Afterword, it was the early twentieth century, a time of “conflict between genuine intelligent individualism and modern collectivism … the time of the gun was passing, the time of order arriving.”