Take Me to Town was directed by Douglas Sirk, and though on one level an overly bucolic rural story (hardly a Western at all) it does have some of typical Sirk themes, showing up bourgeois hypocrisy and suggesting that over-restrictive convention can stifle authenticity and goodness. It also showcases Sirk’s love of melodrama. He only did one proper Western, Taza, Son of Cochise with Rock Hudson, a Universal sort-of sequel to Fox’s Broken Arrow which was released the year after Take Me to Town, and Taza was weakish. So we can’t really think of Sirk as a ‘Western’ director. He helmed Take Me to Town competently, within its limits, but it is more saccharine musical comedy (and thus not my scene) than real oater. 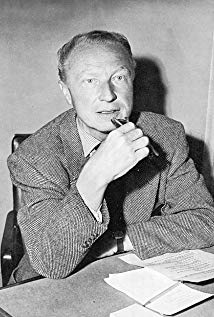 It was really an Ann Sheridan vehicle for she dominates the show (and it is a show) as Vermilion O’Toole, tough showgirl with a heart of gold. In the first scene she gets Marshal Ed Daggett (Larry Gates, five Westerns but no big parts in them) to take off her cuffs so that she may use the ladies’ room on the train and then jumps from the window and hoofs it to the next station where she buys a ticket with her last few dollars (stored in her garter, naturally) to Timberline, a logging town with an ‘opera house’ (saloon/casino/bordello). There she appears on stage for her friend Rose (Lee Patrick), excuse for a song. Timberline was probably the one where Stagecoach West would start. 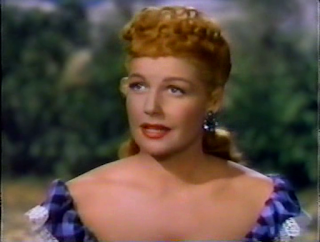 It's a Sheridan showcase

Marshal Ed Daggett, by the way, must have been a relation of Little Bill Daggett’s. Maybe brother. He’s a good deal less tough than brother lawman Bill, though, as viewers of Unforgiven will know.

Now we meet three tow-headed kiddies, the oldest brother and leader of whom is the excellent Lee Aaker as Corney Hall (it was the same year he did Hondo with John Wayne and the year before Rin Tin Tin). I always thought he was the boy actor with the most oomph. He did ten feature Westerns and was excellent in all of them. Harvey Grant and Dusty Henley are Hall minor and Hall minimus. These tykes are quite amusing but I’m afraid Sirk and his writer (Richard Morris) overdid it, and the children eventually weary us, turning from cutesy into tiresome. 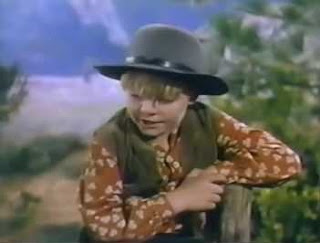 Lee does it with gusto, only 9 but chock-full of character

Their dad is Sterling Hayden, Will Hall, though he only appears for 30 seconds in the first reel, just long enough to say goodbye to them as he is off to the logging camp to cut timber. He’ll be back in the second half of the movie, to fall for Vermilion, but for the moment we don’t see him. 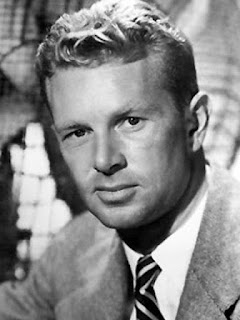 For Hayden it came between Kansas Pacific and Arrow in the Dust, infinitely better Westerns

Marshal Daggett turns up now, on the stagecoach, looking for Vermilion (whom he knows as Mae) and her accomplice, slick saloon man Newt Cole (Phillip Reed, Uncas in the Randolph Scott The Last of the Mohicans). Newt had biffed the marshal on the head while Mae was escaping, KO’d the lawman and also jumped from the train.

The boys turn up too, though their pa told them to stay put, on the lookout to recruit a Timberline woman as a husband for their daddy (a widower). They want a new mom and they are very afraid that Dad will opt for Mrs. Edna Stoffer (Phyllis Stanley), a bluestocking of the worst kind, unless they can find a more suitable candidate. Naturally they alight on the glam and sassy Vermilion and decide she will make an ideal wife/mother. She is nice to them but of course pooh-poohs the idea, until the marshal gets too close and she feels that the boys’ remote cabin might be a better bet, so she skedaddles with them. Yes, I know, probability isn’t this film’s strong point.

Once the hatchet-faced biddies (inc. Edna) get wind of the fact that there is a brazen showgirl in Will Hall’s home, and a redhead to boot, they are scandalized. For you see it is now revealed that Hall is the local preacher. 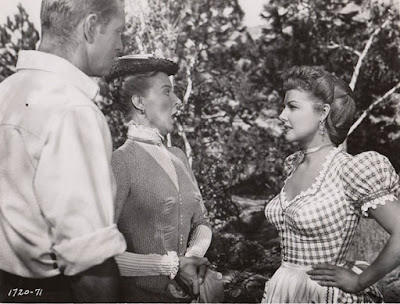 Well, you may guess the outcome. Vermilion saves the smallest boy from a bear, which she shoots, more by luck than judgement, and then joins in the committee of town ladies aiming to raise money for a new church. Of course she wants to get the loot by putting on a show – excuse for more songs.

The biddies are won round, Newt re-appears and there’s a sub- (very sub-) Anthony Mann showdown in the rocks (they are clearly fiberglass rocks) in which Newt naturally gets his come-uppance. There's a waterfall there too and Sterling would return to it the following year in Johnny Guitar. Vermilion becomes the Sunday-school teacher. We last see the new happy family happily bathing in a pool wearing matching swimming costumes made for them all by Vermilion (who is also a talented seamstress and cook, obviously). The End, and not before time (at 81 minutes it’s too long). 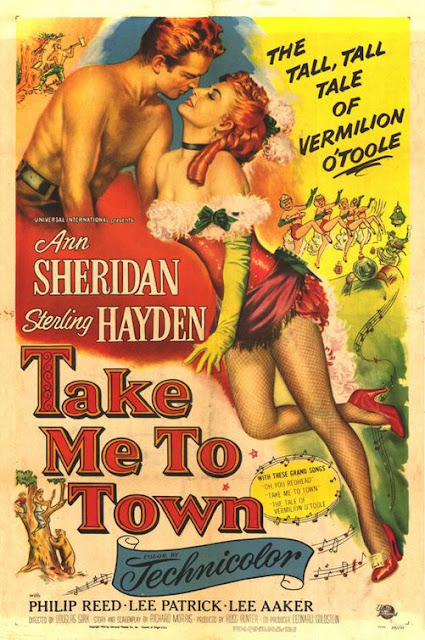 There’s nice Technicolor scenery by Russell Metty and cheerful Joseph Gershenson music. The whole thing is harmless enough, if innocuous. Family-friendly and all that. It made a few bucks at the box-office. Doubtless the picture still has its fans. In a way it’s a slice of folksy backwoods Americana and if that’s your bag, go for it. The New York Times remarked on its “ponderous dullness”, though, and Brian Garfield dismissed it as “sentimental nonsense”. Personally I agree with them; I like my apple-pies with less sugar. Sterling seemed to be going through the motions but Sheridan throws herself into it.